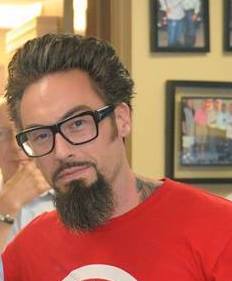 Matt Booth’s first Room 101 branded line since his separation from Davidoff will be hitting the stores for a soft launch. Today Booth announced the new Room 101 Farce will have a soft-launch at four cigar events in Arizona starting Weds. 2/28.

2017 was a year of change for Booth. That year started with him announcing he was splitting from Davidoff, who had been handling both his production and distribution for his Room 101 Brand. After a short hiatus, Booth announced he was teaming up with Robert Caldwell of Caldwell Cigar Company for two collaborations, Hit & Run (done in conjunction with Tabacalera William Ventura), and The T (done in conjunction with AJ Fernandez’s Tabacalera Fernandez). In addition, Caldwell was now handling the distribution for Booth’s line.

The collaborations that were released were not Room 101 branded cigars. The Farce is the first post-Davidoff Room 101 cigar to carry that name.

The soft launch of the Room 101 Farce is a 6 1/4 x 54 Toro. It features an Ecuadorian wrapper, Indonesian binder, and a combination of Dominican, Nicaraguan, and Pennsylvania tobaccos as well as an undisclosed leaf for the filler. The cigars will be produced at Tabacalera William Ventura in the Dominican Republic. More sizes will follow with the full launch. The soft-launch cigars are being packaged in 20-count soft bundles with special “pre-release banding”.

The pre-release events and retailers that will feature the Room 101 Farce include: