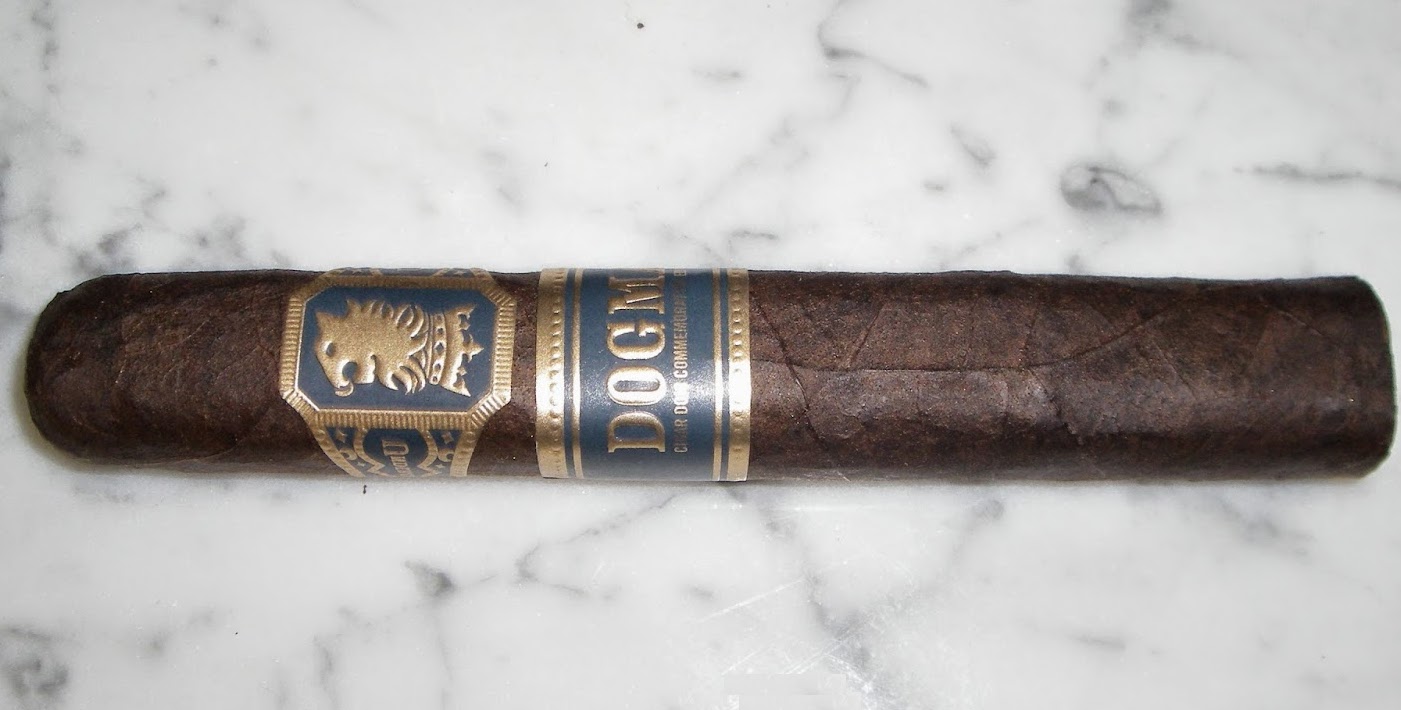 The Undercrown Dogma, a box-pressed version of the popular Undercrown Corona ¡Viva! done in conjunction with Cigar Dojo and Smoke Inn, is making a return. Today it was announced the Dogma will return as a part of a sampler package called the Cigar Dojo Ultimate Sampler.

The Cigar Dojo Ultimate Sampler will consist of the three blends Cigar Dojo has sold through Smoke Inn. This includes the Undercrown Dogma (five cigars) the Camacho Imperial Stout Barrel Aged (one ten-pack bundle) and the Quesada Dojo de Luxe (four cigars). Pricing for the Sampler is set at $149.75 and will be sold exclusively through Smoke Inn. A total of 100 bundles will be available.

The Dogma Cigars that are included in the sampler are from the original production run of Undercrown Dogmas when it was released in 2014. After collectively selling 650 bundles in ten hours through Smoke Inn, the Undercrown Dogma has not been re-released. There were some additional Dogmas that had been aging at Drew Estate since the release four years ago. These are included in the Cigar Dojo Ultimate Sampler.

The Dogma is a 6 x 56 Box-Pressed Gran Toro that features a San Andres Mexican wrapper, Connecticut Stalk Cut Habano binder, and a combination of Nicaraguan and Brazilian Mata Fina filler. Dogma is based off the Undercrown Corona ¡Viva!, a slightly tweaked version of the original Undercrown line.

The cigars are slated to go on sale at Smoke Inn on March 8.