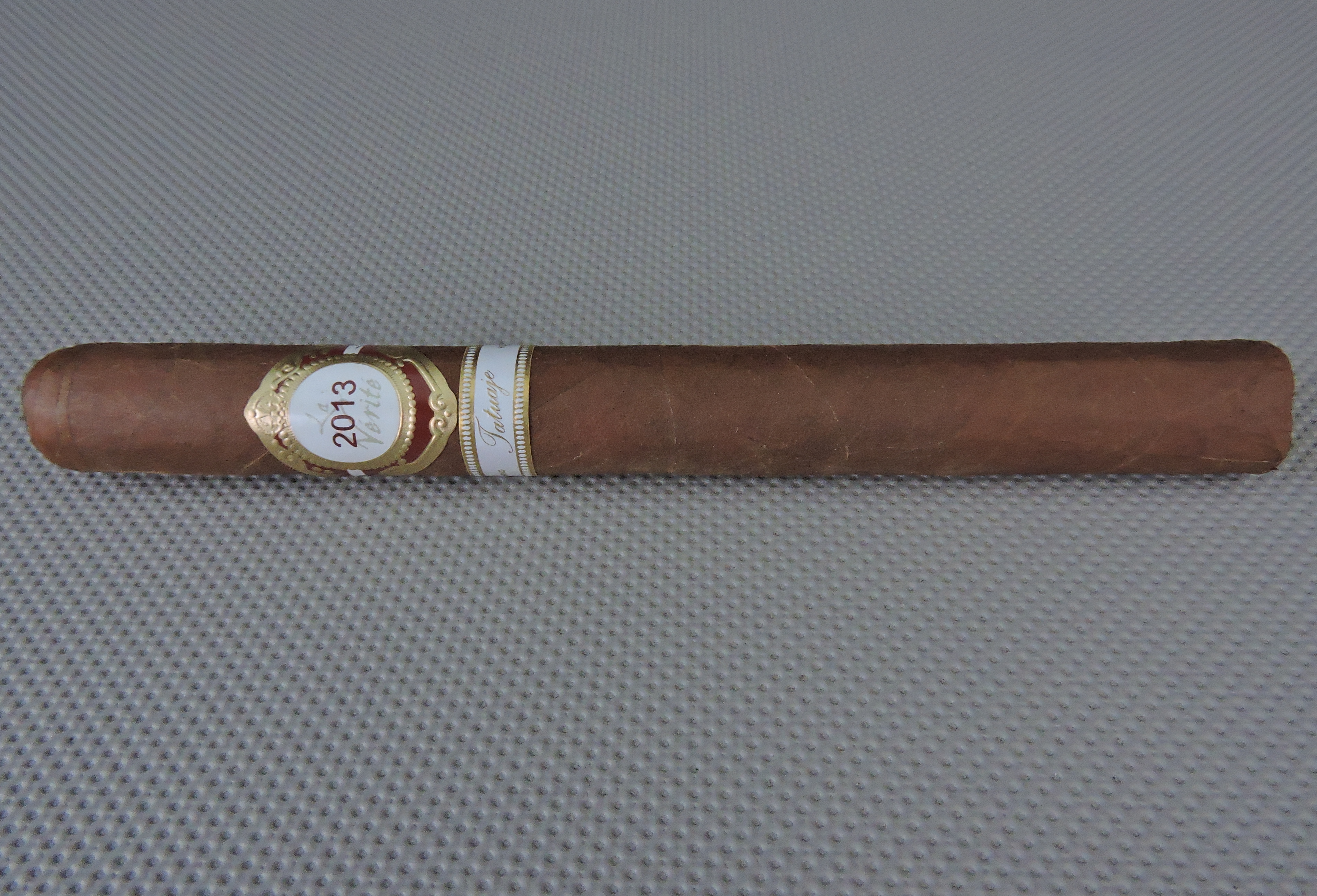 The La Vérité is a brand of limited edition cigars that come from Pete Johnson and Tatuaje Cigars. Johnson is not only known as a world-renowned cigar maker, but someone who has an affinity for the wine industry. With La Vérité, Johnson was able to bridge these two passions. The La Vérité borrows a concept from the wine industry in that it uses tobaccos from a single vintage year. The project is meant to show off the seed varietals and soil from where and when the tobacco is grown. In 2016, Johnson released the third installment of this series, the La Vérité 2013 edition. For this cigar, Johnson utilizes tobaccos from a 2013 vintage year from the Garcia family’s La Estrella farm in Estelí, Nicaragua. As with the previous two installments, the third edition of La Vérité comes in two sizes, with each having an optimized blend for the size – La Vérité 2013 (a 7 x 47 Churchill) and L’Esprit de Vérité 2013 (a 5 x 50 Robusto). Today, we take a closer look at the La Vérité 2013 edition. 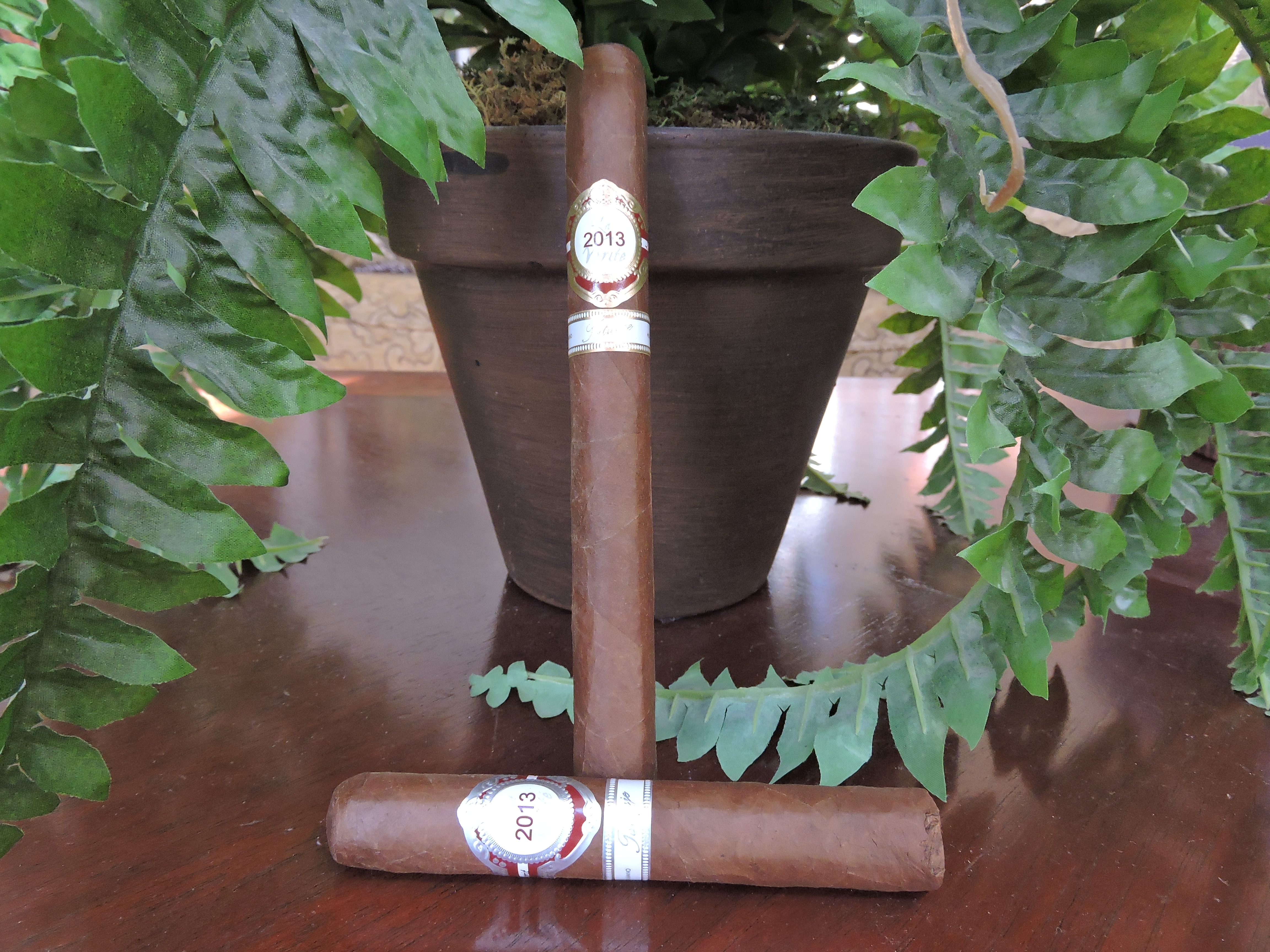 La Vérité has been positioned as a more ultra-premium project. It first made its debut in 2010 with the La Vérité 2008 and L’Esprit de Vérité 2008 releases. As the name indicates, these cigars use tobaccos from 2008. The following year came La Vérité 2009 and L’Esprit de Vérité 2009. Both cigar releases were widely embraced by cigar, and in particular Tatuaje, enthusiasts. Following the release of the 2008 and 2009 editions, there was talk of a 2010 installment of La Vérité. However ,that project never came to fruition. Fast forward, Johnson decided to work with a 2013 crop. At the 2016 IPCPR Trade Show, Johnson would finally showcase the La Vérité 2013 cigars. These cigars would start being put into commerce later that year.

In terms of the name, La Vérité is French for “The Truth” while  L’Esprit de Vérité translates to “The Spirit of the Truth”.

Without further ado, let’s take a closer look at the L’Esprit de Vérité 2013 and see what this cigar brings to the table.

Both L’Esprit de Vérité 2013 and La Vérité 2013 are Nicaraguan puros using tobacco from the La Estrella farm. Each blend utilizes a mix of 55% Criollo ’98, 23% Habano and 22% Corojo ’99. Both cigars have a blend optimized for the particular vitola size. One thing that differs with the 2013 editions of the La Vérité project is that these cigars don’t incorporate Pelo de Oro tobacco.

Both cigars are produced at the My Father Cigars factory in Estelí, Nicaragua. As in the past, there are different packaging options available for both the L’Esprit de Vérité and La Vérité releases. 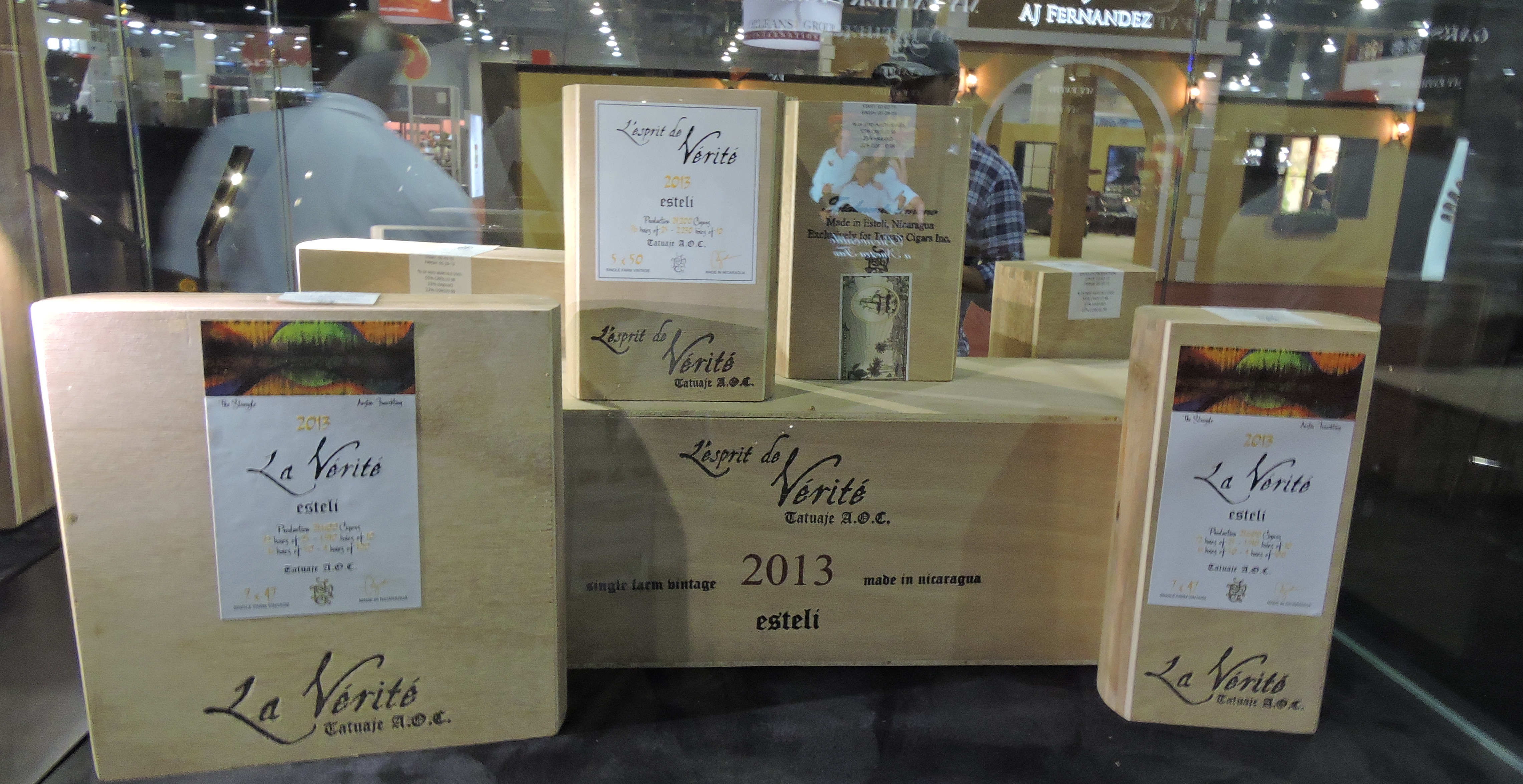 There are two bands on the La Vérité 2013. The primary band has a white circular field surrounded by gold and maroon trim. Prominently displayed on the field is a maroon “2013”. In the background is the text “La Verite” in light gold cursive font. There is gold, white, and maroon striping going around the band. On the white stripe is the text “La Verite” in black cursive font. On the far right is a gold circle with an etched Tatuaje tattoo stamp logo on it that serves as a band fastener.

Just below the primary band is a secondary band. This band is white with gold trim. In gold is the text “Tatuaje” in cursive font. The left and right side of the band have the text “HECHO A MANO” in gold. On the far right is a gold Tatuaje tattoo stamp logo.

Prior to lighting up the La Vérité 2013, I went with my usual choice of a straight cut to remove the cap. Once the cap was removed, I moved on to the pre-light draw phase. The dry draw produced a mix of dusty earth, chocolate, and natural tobacco. Overall, I found the pre-light draw of this cigar to be excellent. At this point, I was ready to light up the La Vérité 2013 and move on to the smoking stage.

After lighting up the La Vérité 2013, I was treated to notes of chocolate, natural tobacco, and cream. The natural tobacco note had almost a plum-like sweetness to it. Shortly afterward, some earth notes entered the equation. It took about the midway point of the first third before the earth notes surfaced as the primary flavor. Some subtle black pepper notes entered the equation joining the natural tobacco, and cream in the background. The chocolate flavor seemed to float between the forefront and background. Meanwhile the retro-hale produced an additional layer of black pepper.

Just past the midway point, the sweetness that came from the natural tobacco and chocolate was replaced by a caramel note. While the earth notes still remained primary, there still were times this caramel flavor surfaced in the forefront. Meanwhile in the background the pepper notes slightly increased in intensity.

The final third of the La Vérité 2013 saw the earth notes once again become the sole primary note. While there was more pepper than earlier in the smoking experience, it still was more of a secondary note. I also still detected some caramel and cream in the background. This is the way the cigar experience came to a close. The resulting nub was firm to the touch and cool in temperature.

Overall the La Vérité 2013 delivered an excellent burn from start to finish. The cigar maintained a straight burn path and straight burn line. This was a cigar that didn’t require an excessive amount of touch-ups.  The resulting ash was gray in color. This was a firm and tight ash. As for the burn rate and burn temperature, both were ideal. 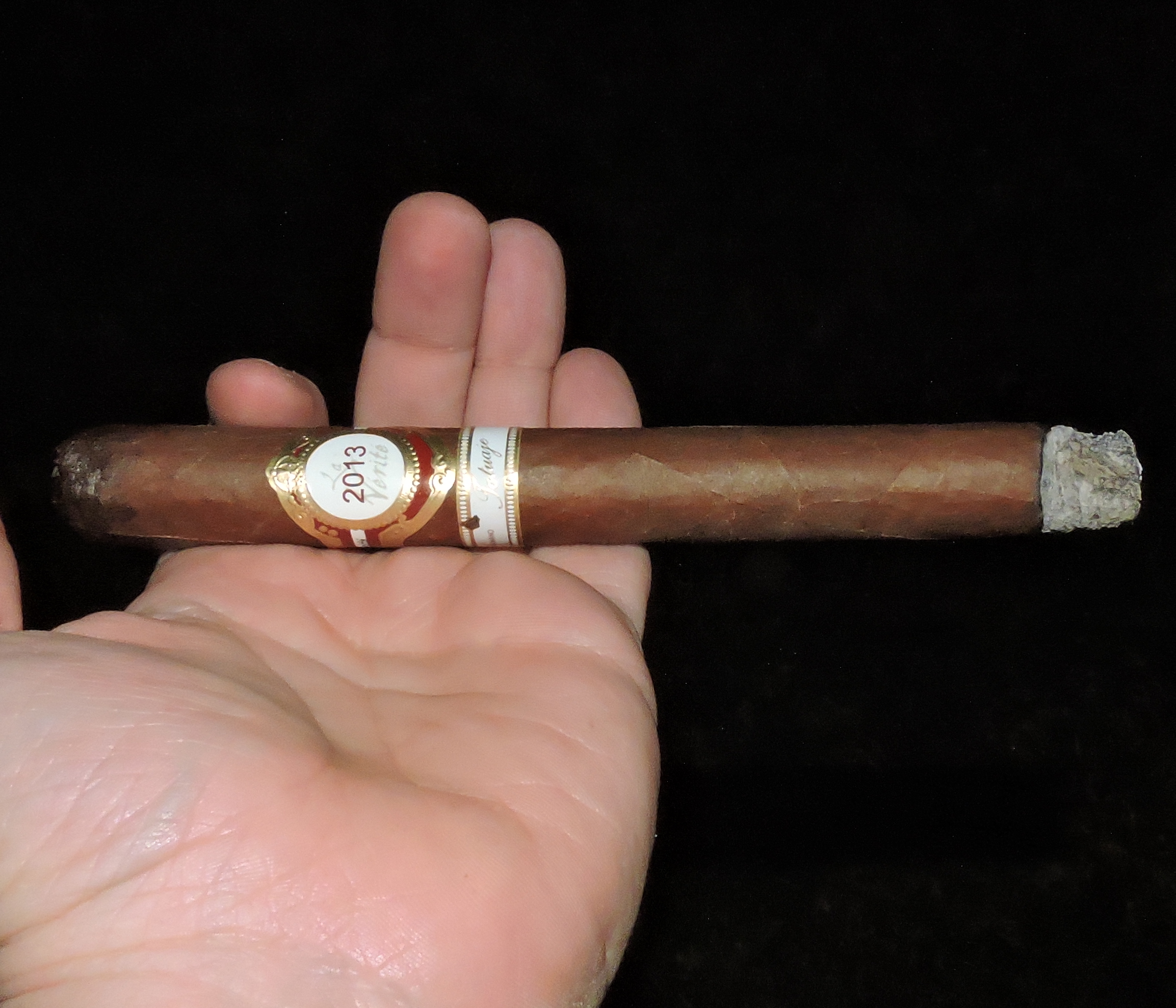 Burn of the Tatuaje La Vérité 2013

The draw to the La Vérité 2013 was also ideal. This cigar had a touch of resistance – which is something that I like. At the same time, this was still a low maintenance cigar to derive flavor from.

One thing that surprised me a bit is that I found La Vérité 2013 to be a more dialed back cigar than its Robusto sibling, L’Esprit de Vérité 2013. This is a cigar that pretty much started out on the upper end of mild to medium for both strength and body during the first third. By the second third, the cigar progressed to a medium strength, medium-bodied smoke. While the strength levels gradually increased for the duration of the smoke, the cigar remained in the medium range until the end of the smoking experience.

Simply put, La Vérité 2013 is a home run for Pete Johnson and Tatuaje Cigars. It’s a cigar that fires on all cylinders – flavor, complexity and construction. The 7 x 47 Churchill size easily ranks as the best release under Johnson’s La Vérité brand. It’s probably the best release Johnson has had in the past five years.  The one thing that perplexes me is I remember the Vérité 2008 and 2009 releases. There was a lot of excitement and buzz around those releases. With La Vérité 2013 and its companion L’Esprit de Vérité 2013, these are easily the two best releases under the La Vérité brand – yet there was very little buzz about these cigars. I’m not sure why this has been the case. However, one thing I am sure is the La Vérité 2013 is a must try for any cigar enthusiast. It might be $20.00, but it’s a cigar worthy of not only a box purchase, but a fight with Chuck Norris for it.