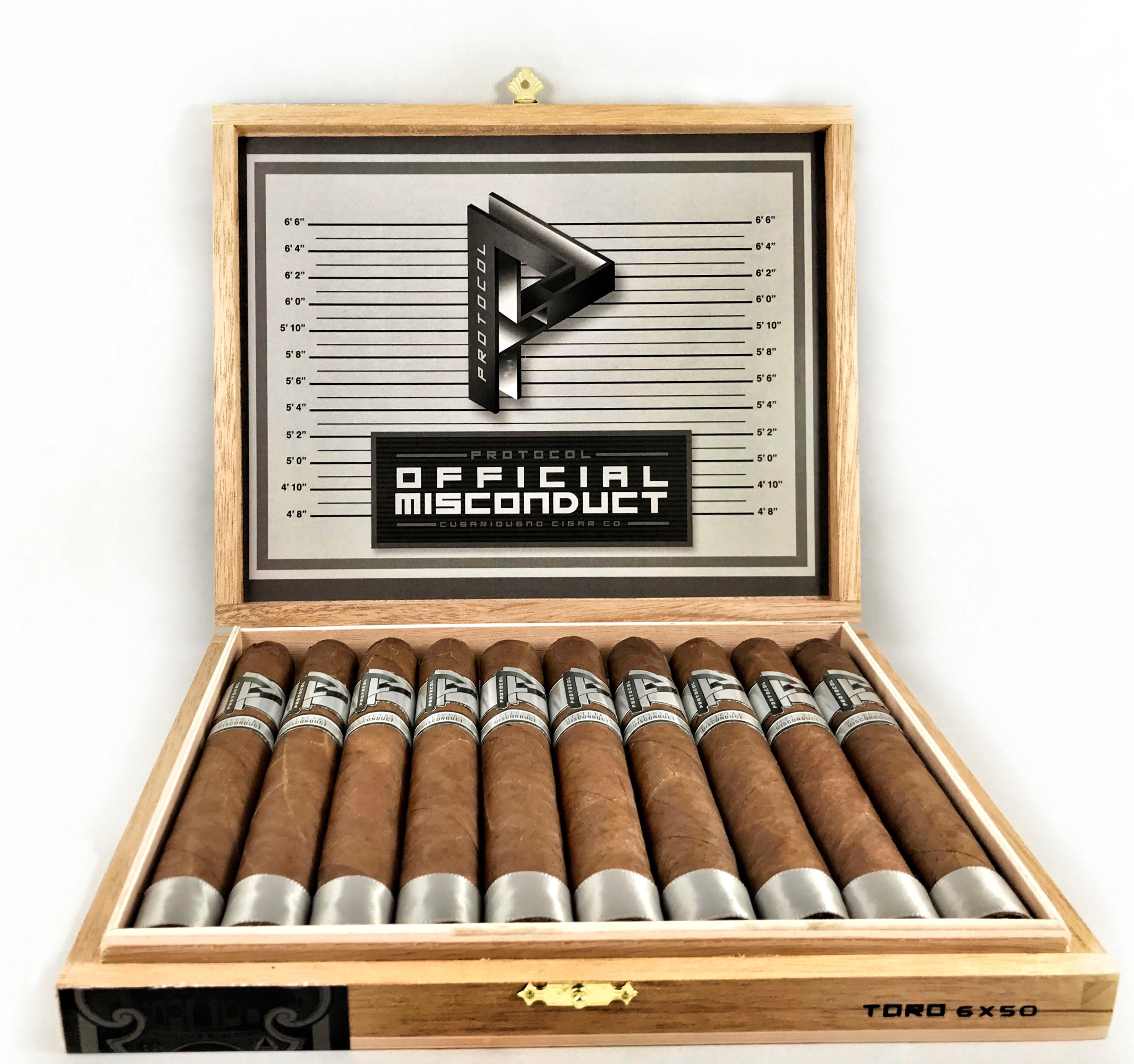 Once again, the name of the line keeps to the theme of law enforcement as owners Bill Ives and Juan Cancel serve as police officers and Bill Agathis is an attorney. Produced at Erik Espinosa’s La Zona factory, the Protocol Official Misconduct consists of an Ecuadorian Habano wrapper over Nicaraguan binder and fillers. The cigar is being introduced in one size – a 6 x 50 Toro sold in ten-count boxes. Pricing is set at $98.90 per box. 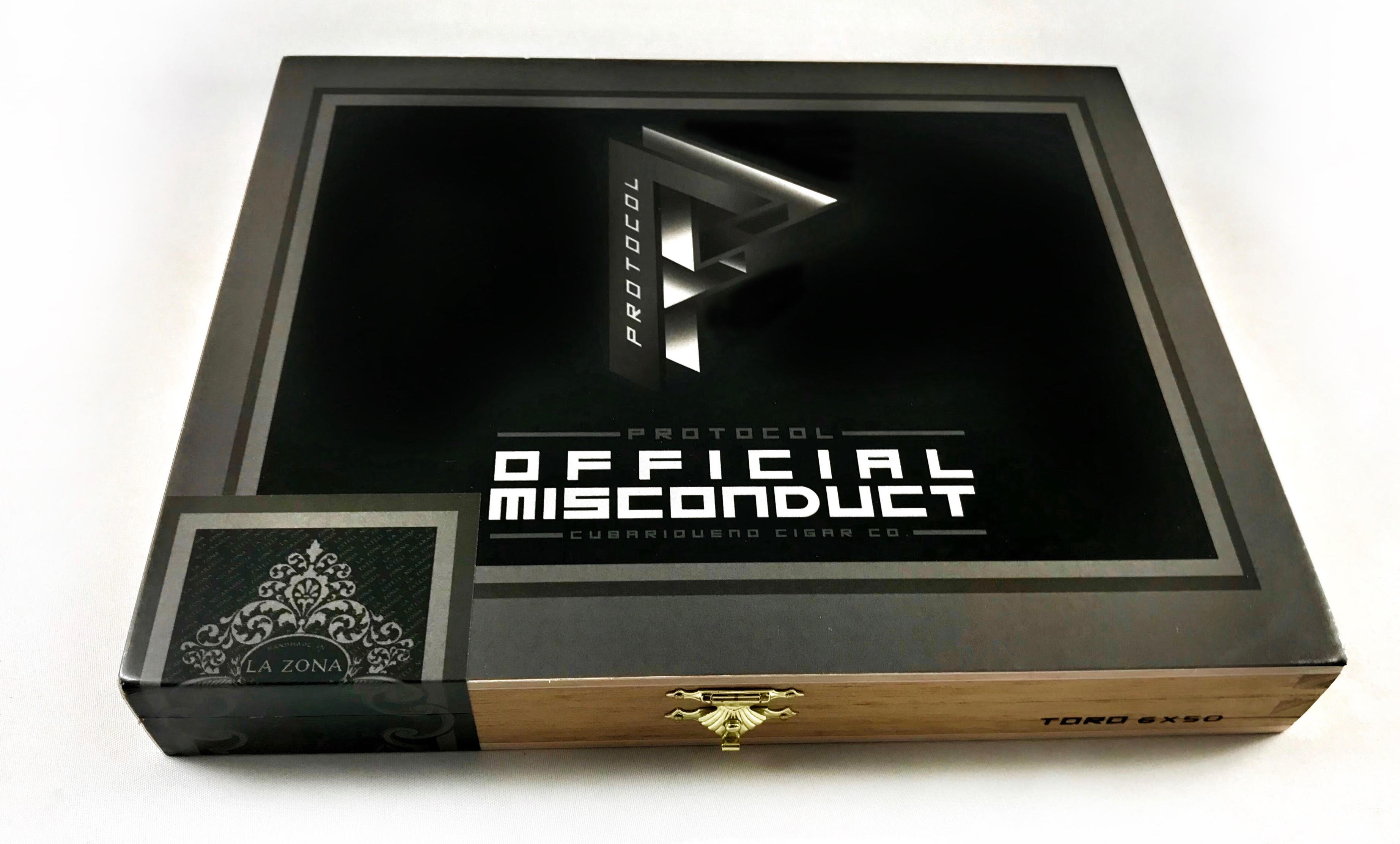 According to Cubariqueño’s National Sales Manager Kevin Keithan, the Protocol Official Misconduct has a profile that is medium plus in strength.

The company will officially launch the cigar at its 3rd Anniversary event on May 12th being held at the Holiday Inn in Clinton, New Jersey in conjunction with Berkeley Humidor. Berkley Humidor will also have a pre-sale for the cigar at BerkeleyHumidor.com. Cigars will ship to retailers beginning May 15th. 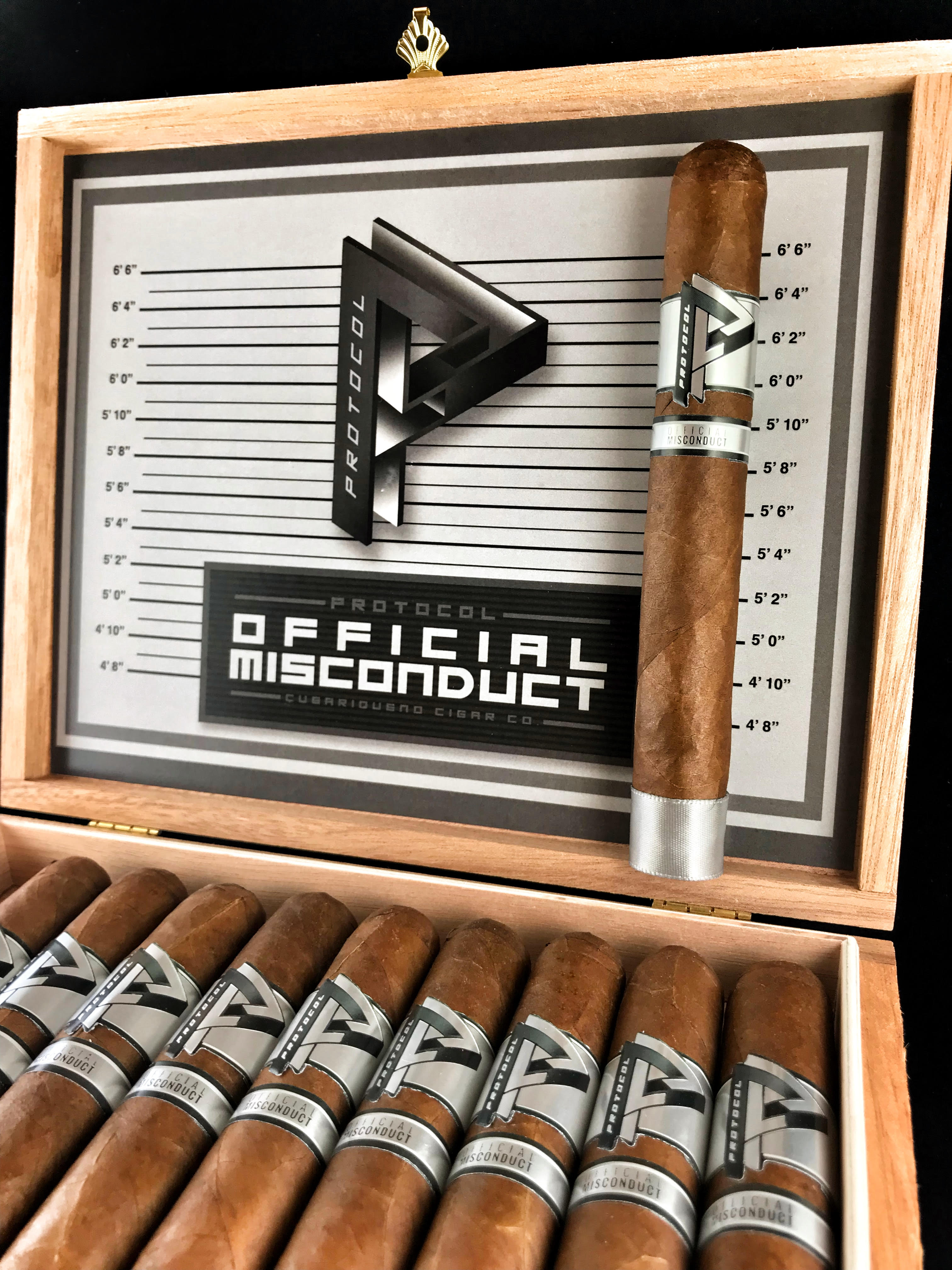 At a glance, here is a look at the Protocol Official Misconduct.