Rose of Sharon was introduced by Southern Draw Cigars in 2017 as the company’s premium Ecuadorian Connecticut Shade line. The Perfecto is the vitola in the line. Earlier this year, Southern Draw released the Rose of Sharon Lancero – a line extension that was originally a short-term exclusive to Famous Smoke Shop.

The Rose of Sharon Perfecto will feature special banding and packing specific to those cigars under the IGNITE series. 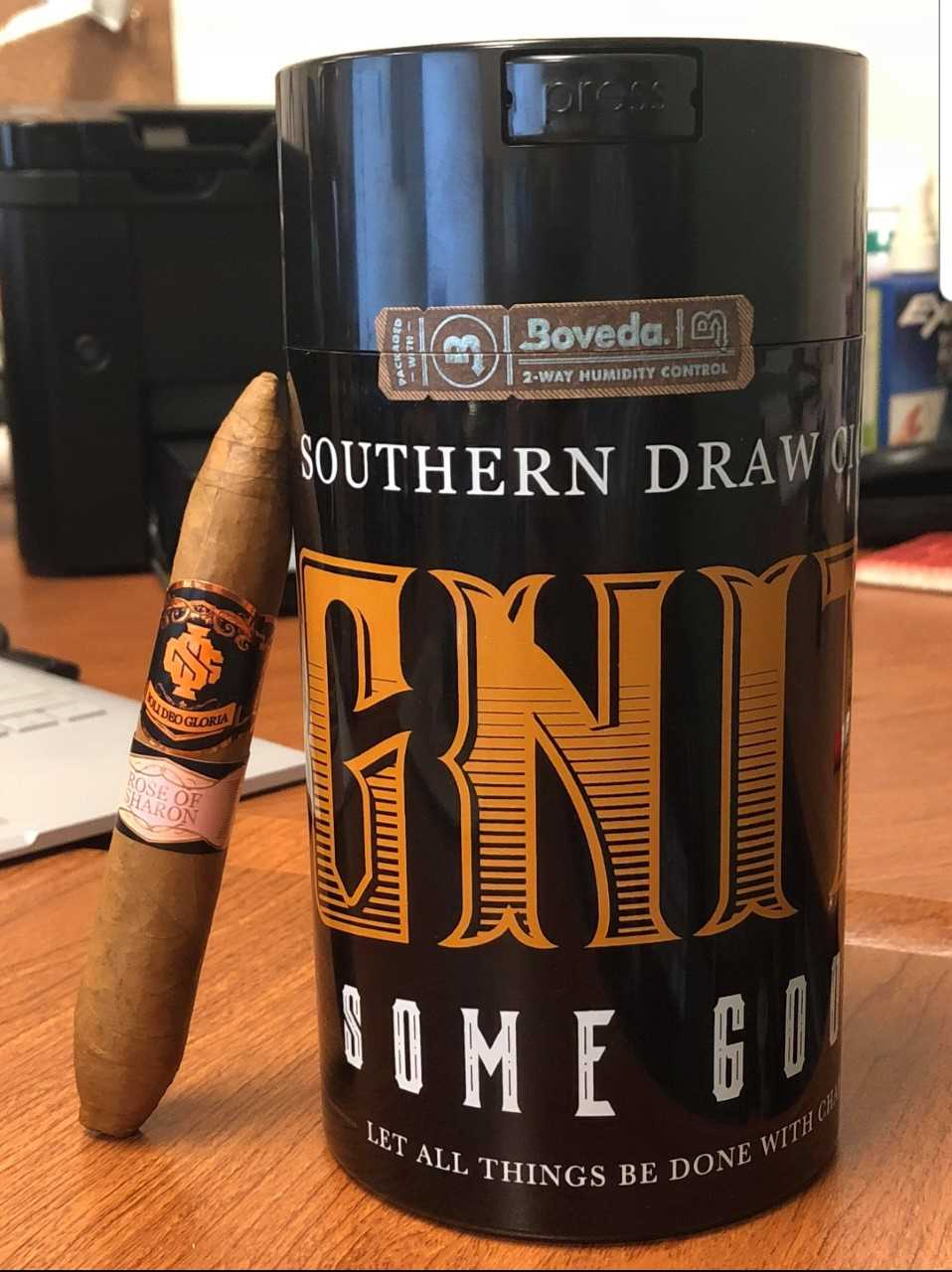 The charity selected for the IGNITE Rose of Sharon Perfecto is Operation Cigars for Warriors.

“IGNITE release #2 holds a very special meaning at Southern Draw, as the Famous Smoke Shop family joins us once again this time to IGNITE some good as we bring another exciting new cigar to the market. Famous is the source of our custom branded IGNITE humi-jars and their dedication to charity and support continues to be a blessing to our growing little brand,” said Robert Holt, Chief Evangelist of Southern Draw Cigars, in a press release.

From the sale of each jar, a donation will be made of $7.50 to Cigars for Warriors. $3.75 will be donated from the retailer with Southern Draw matching the donation. Each jar will also contain a 2-way humidification pack donated by Boveda Inc.

The release of the IGNITE Rose of Sharon Perfecto is the second in the IGNITE Series. A few weeks ago, the first release of IGNITE Top Rung – the Jacobs Ladder Lancero was unveiled. That release was a collaboration done with Casa de Montecristo also in support of Cigars for Warriors. A third release (date to be determined) is slated for Cigars International. Southern Draw Cigars is also working to select retailers and charities for the fourth and fifth installments of IGNITE.

At a glance, here is a look at the Rose of Sharon line: