Agile Cigar Reviews are cigar assessments where we use a lightweight, shorter format. These will never take the place of our comprehensive reviews. They are only used on blends we have previously assessed. This might be a blend we are re-scoring or giving a score for the first time. It might be a blend we are looking at in a different size. Today we look at the Debonaire Habano in the Belicoso size. This is a cigar we previously assessed back in March 2014. 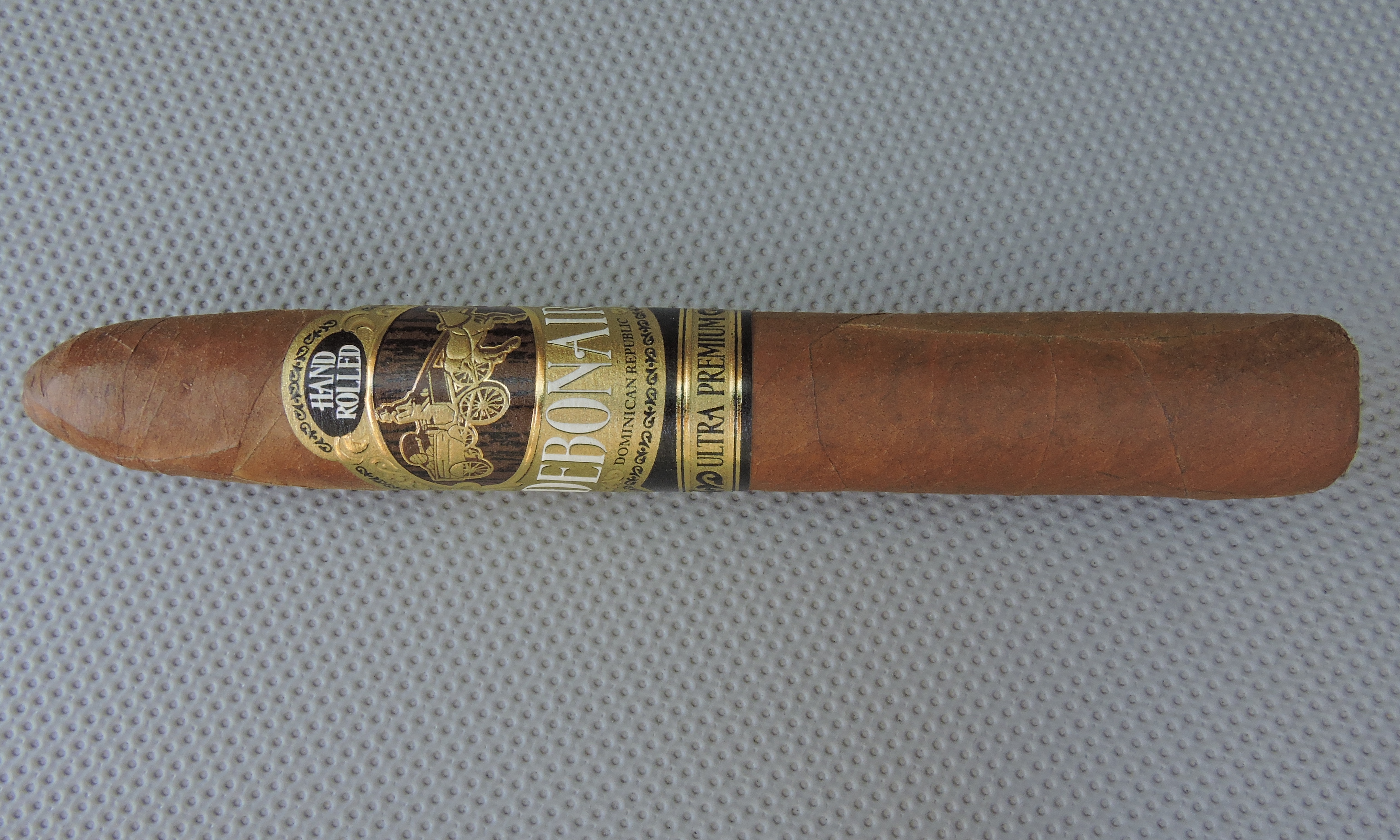 At the 2012 IPCPR Trade Show, Phil Zanghi would launch his Debonaire Ultra Premium Cigars brand. Zanghi was best known for being the co-founder/owner of Indian Tabac, the company that eventually became Rocky Patel Premium Cigars. Zanghi’s first release was the Debonaire Habano. Today we take a closer look at one of the three original sizes of the Debonaire Habano – the Belicoso. The actual cigar we are talking about today was rolled a little over three years ago (3/26/15) as this is indicated from the date stamp on the back of the band (something Zanghi does to indicate when the cigar was produced). 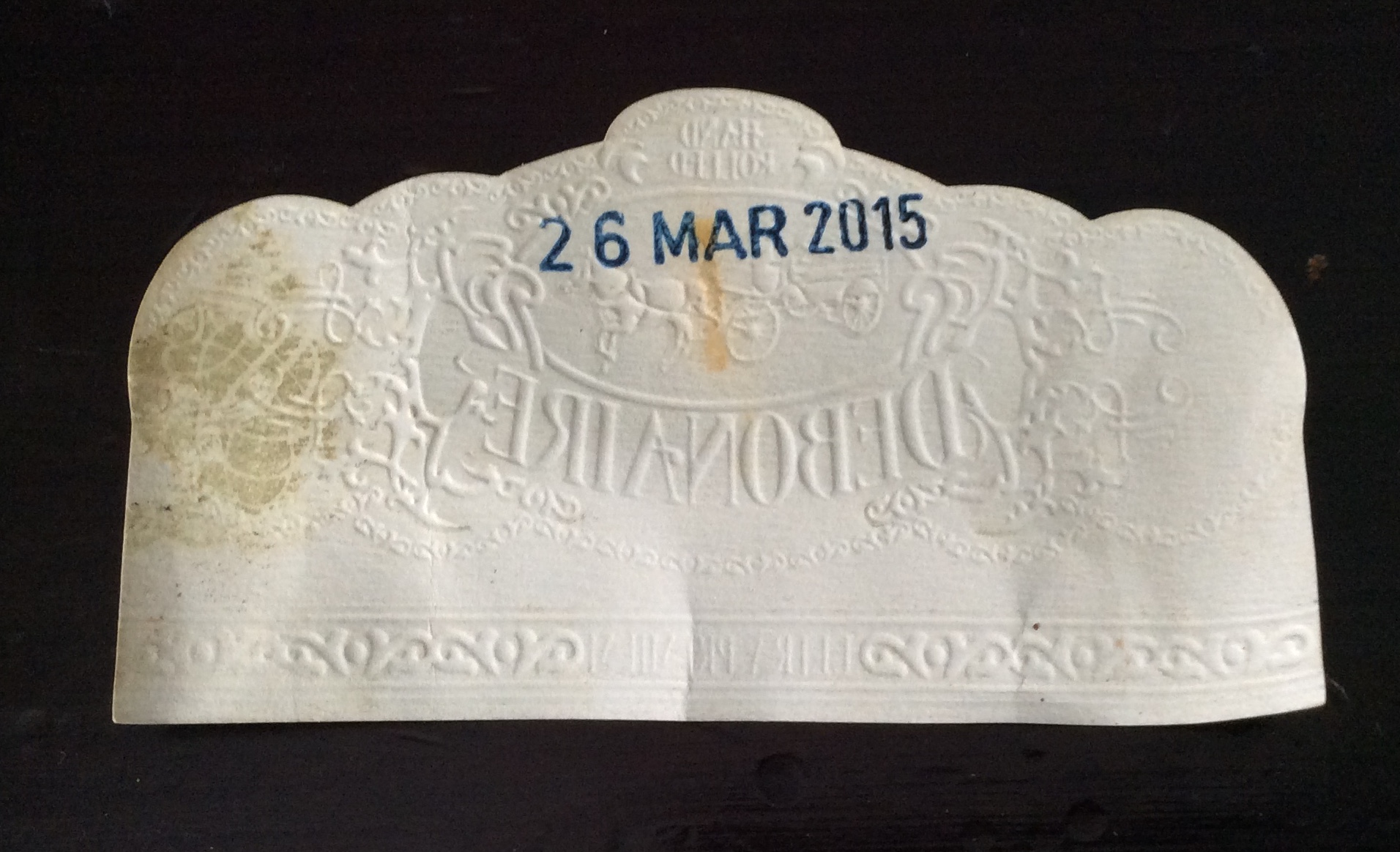 To produce his cigar, Zanghi went to Corporacion Cigar Export (CCE – better known today as the De Los Reyes factory), the factory owned by Augusto Reyes Sr.  Zanghi did not simply contract to make a cigar. He essentially set up shop in the Dominican Republic and has gotten involved in all aspects of the cigar making process from tobacco selection right through to distribution. Since launching Debonaire Habano, he has added Debonaire Maduro (2014), Debonaire Daybreak (CT, 2017), and the Indian Motorcycle brands.

Zanghi’s brands tend to use a combination of Nicaraguan and Dominican tobaccos. The Debonaire Habano uses a Nicaraguan Habano wrapper, Dominican binder, and a combination of Dominican and Nicaraguan fillers. The recipe for the binder and filler has essentially been carried over to Debonaire Maduro and Debonaire Daybreak. The Belicoso is actually the largest ring gauge in the line – measuring 6 x 54. The cigars are packaged in 20-count boxes.

The Debonaire Habano Belicoso has notes of natural tobacco, cedar, black pepper, and a slight smoky note. There is a slight caramel-quality to the sweetness. As the cigar reaches the last third, the signature “smoky meat au jus” note surfaces, a note that will be around right until the end.  The caramel sweetness will diminish in the second half with a slight increase in pepper along the way.

Three years of age mellowed this cigar a bit as it was originally more of a medium strength, medium-bodied cigar. At the same time, the age mellowed some of the sweetness a bit – which is something that worked in favor of this cigar. The burn for this cigar was low maintenance, and the draw is as good as any I have had on a Belicoso.

The Debonaire Habano in the Belicoso format is one that shines for this blend. The tapering of the cigar slightly concentrates the flavors more. While the scoring might not be indicative of this (our scoring has changed), the Debonaire Habano Belicoso is a now a better cigar. This is a cigar that I feel is better enjoyed by an experienced cigar enthusiast, but there is no reason a novice can’t enjoy it. The Belicoso comes at $14.00, but it’s one I still easily go for a box purchase of.