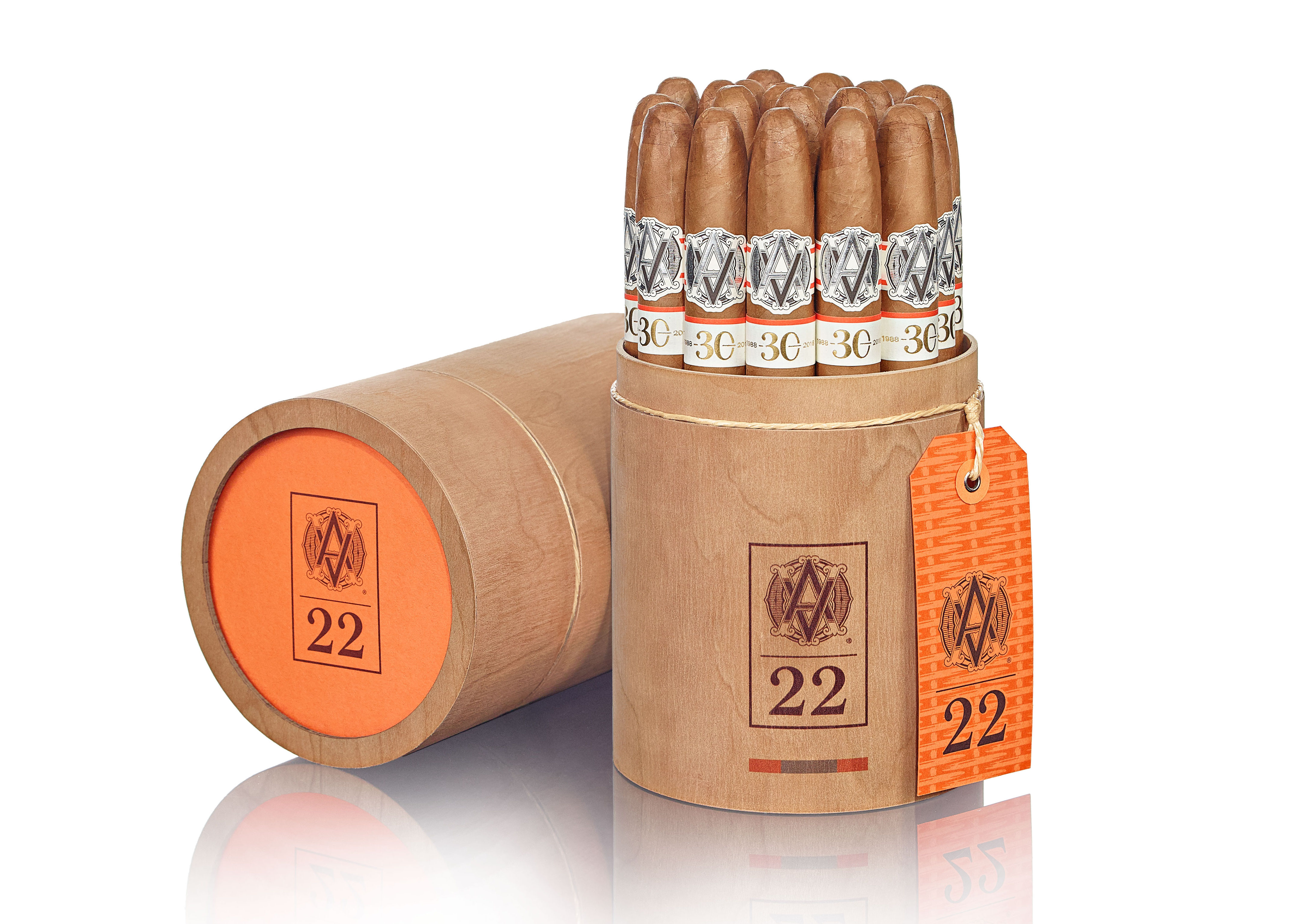 With 2018 marking the 30th Anniversary of AVO Cigars, the brand has been releasing special offerings to mark the occasion. The third installment of these releases has now begun to surface at retailers – the AVO 22.

The AVO 22 was the 2002 installment of the AVO Limited Edition series. It started based off a personal blend for brand founder Avo Uvezian made by Henke Kelner. The name is tied to Avo’s interest in numerology. The number “22” can be tied to Avo’s own birthday (March 22nd), his sister’s birthday, the day of the month he left the Middle East, and the day of the month he arrived in the United States.

The AVO 22 was unique in that it is the only installment of the limited edition series to be released in two vitolas.  A 5 7/8 x 50 perfecto was released to the U.S., while a thinner version (43 ring gauge) was released for the European market.  Both releases were packaged in canisters. The U.S. version contained 19 cigars and the European version contained 22 cigars. It is the U.S. one that makes the return for the U.S. market. The cigar consists of an Ecuadorian wrapper over Dominican binder and filler.

This is the third return of the AVO 22. The cigar had returned back in 2014 when it was released as a part of the AVO’s Greatest Hits sampler.

For the 30th Anniversary, the AVO 22 receive a slight refresh on the canister packaging (most notably the incorporation of the orange color). The AVO 22 cigars also receive banding (the original cigars were unbanded). The bands include the updated AVO logo from 2015 on the primary band and a secondary 30th-anniversary band.