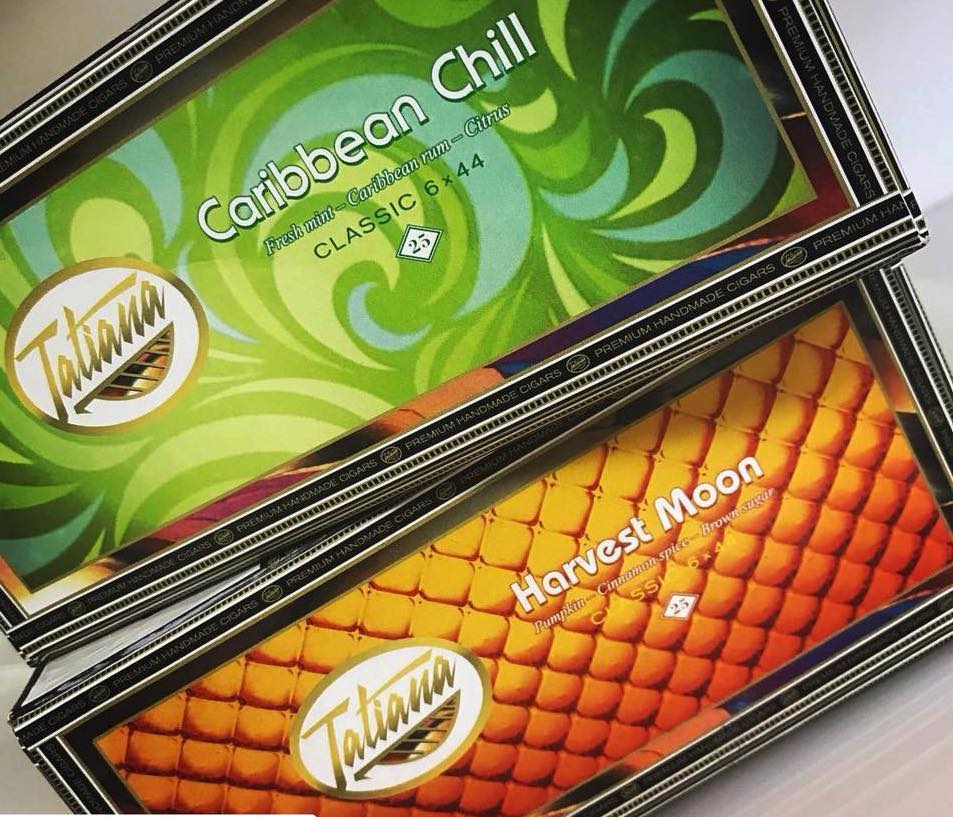 This year Tatiana Cigars, the flavored cigar brand from Miami Cigar and Company, is celebrating its 20th anniversary, and it has two new releases – Tatiana Caribbean Chill and Tatiana Harvest Moon.

Both Caribbean Chill and Harvest Moon will be available in a single size – a 6 x 44 Lonsdale format known as “Classic”. The cigars are packaged in 25-count boxes and each is a regular production offering. Pricing is set at $4.64 per cigar.

Miami Cigar is expecting to ship these new offerings in August.