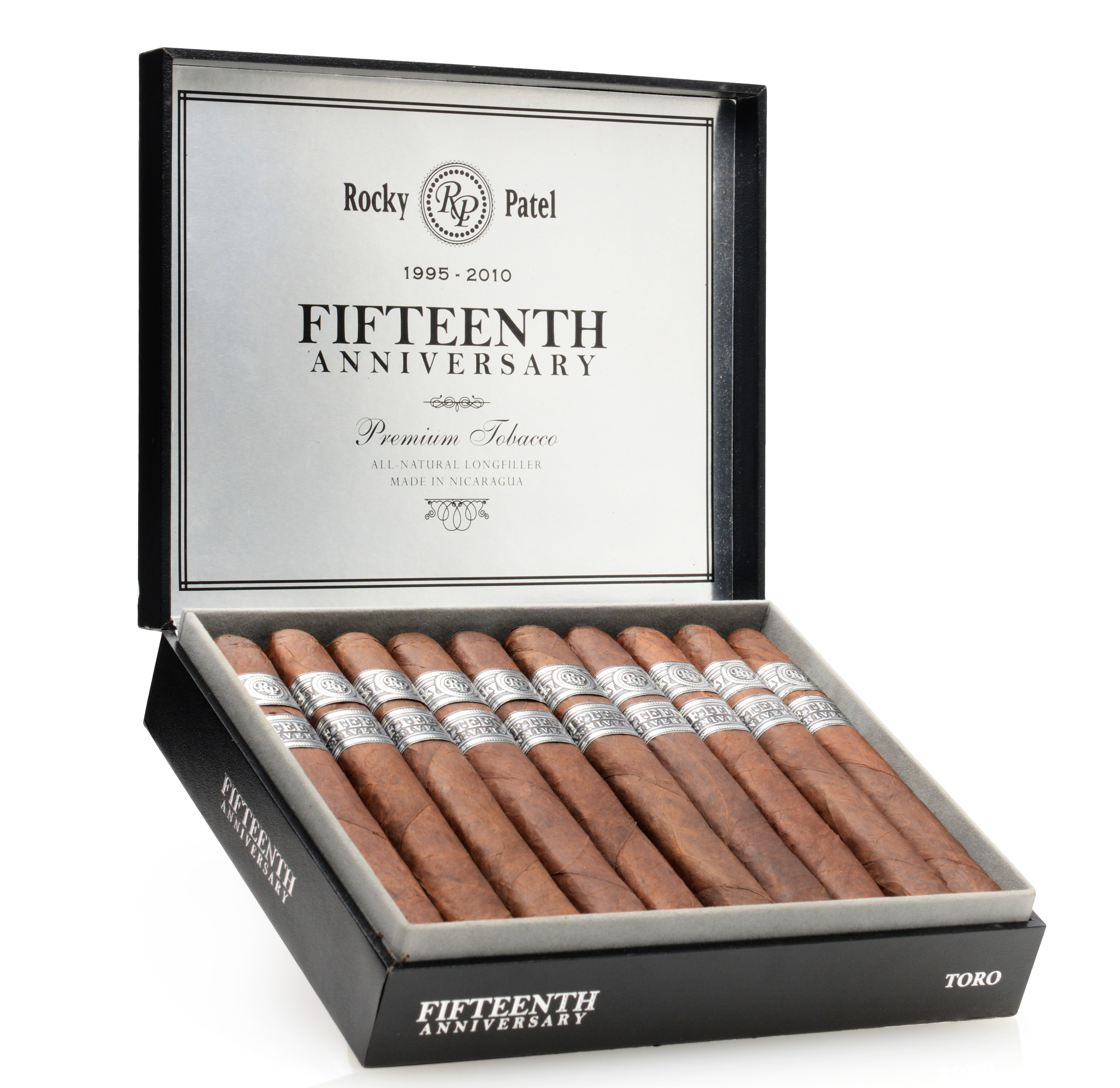 At the upcoming 2018 IPCPR Trade Show, the Rocky Patel Fifteenth Anniversary is getting a facelift. Today the Rocky Patel Premium Cigars announced new packaging and banding for the line. It’s the first packaging upgrade since the line made its debut in 2010.

“For years, the Fifteenth Anniversary has succeeded because of its character, strength and complexity,” said Mark Weissenberger, Vice President of Marketing for Rocky Patel Premium Cigars, in a press release. “It was always the dull bands and the overly heavy metal box plates that kept this brand lost on retail shelves. So it was time for a facelift. A glowing facelift.”

As for the blend and sizes, there are no changes. It still utilizes a dark Ecuadorian Habano wrapper over Nicaraguan binder and fillers. The cigar will continue to be available in five frontmarks packaged in 20-count boxes: Robusto (5 x 50), Toro (6 1/2 x 52), Torpedo (6 1/8 x 52), and Sixty (6 x 60). There will also be a Toro Tubo offering in 10-count boxes.

The 2018 IPCPR Trade Show is scheduled to open on July 13th in Las Vegas.