Cigar News: Caldwell and Booth to Launch The T Connecticut at 2018 IPCPR 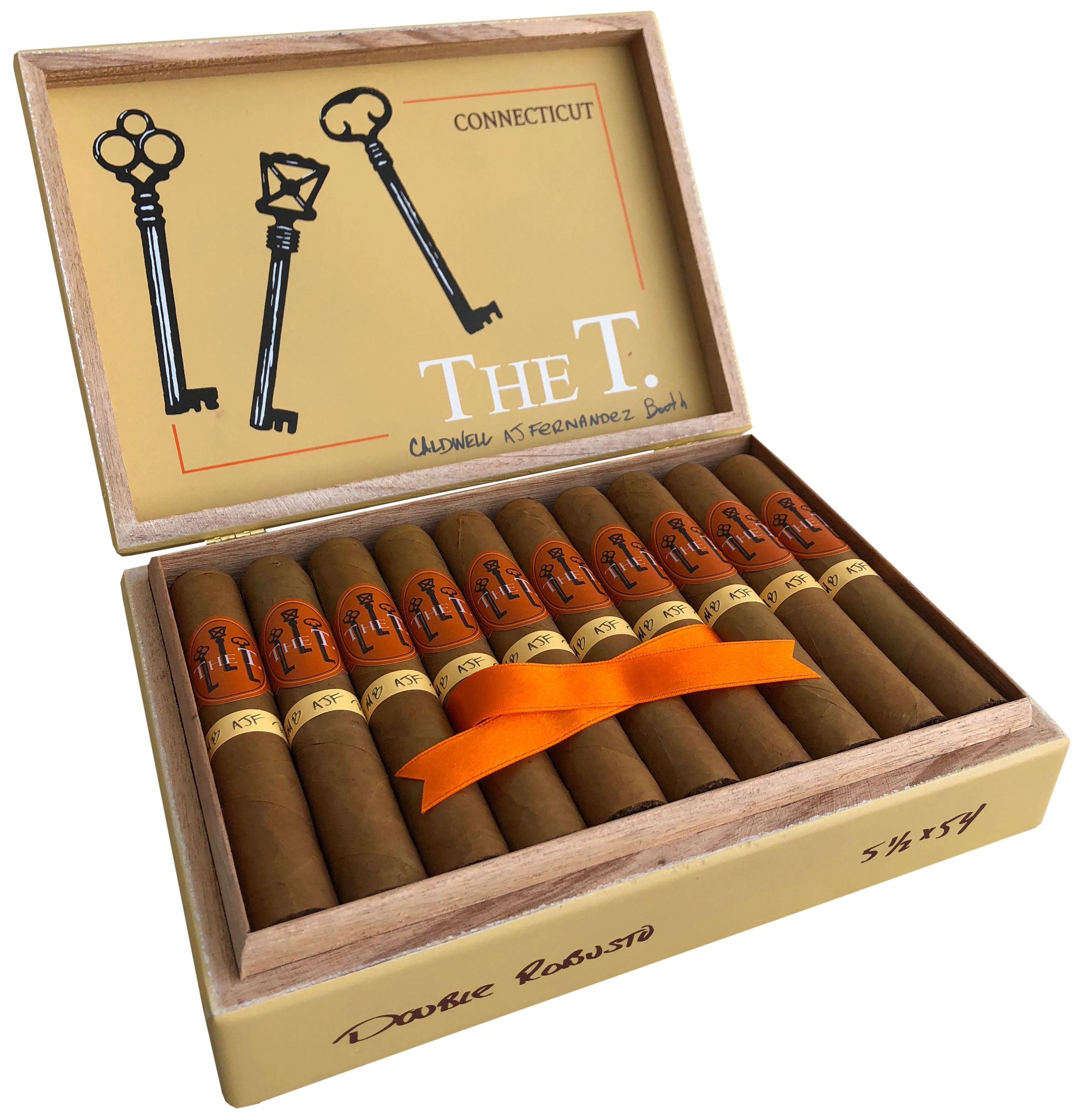 Room 101’s Matt Booth and Caldwell Cigar’s Robert Caldwell are once again teaming up with AJ Fernandez. At this year’s 2018 IPCPR Trade Show, the three are coming together to release The T Connecticut. This is a follow-up to the trio’s first collaboration, The T.

While the original The T was a Nicaraguan puro, The T Connecticut features Ecuadorian Connecticut wrapper over a blend of Nicaraguan tobaccos. The T Connecticut is available in four sizes: Corona, Short Robusto, Double Robusto, and Toro. Each size will be presented in 20-count boxes. Both are produced at Fernandez’s Tabacalera Fernandez factory in Estelí, Nicaragua.

This is the second Connecticut Shade release that Booth has been involved in for 2018. Concurrently, Booth is releasing the Room 101 Farce Connecticut, a cigar being produced at Tabacalera William Ventura in the Dominican Republic.

In addition to the T Connecticut, Booth and Caldwell are teaming up for a second Hit & Run cigar – appropriately titled Hit & Run Part Deux. For the collaborations, Booth has not been using the Room 101 name.

At.a glance, here is a look at the T Connecticut: