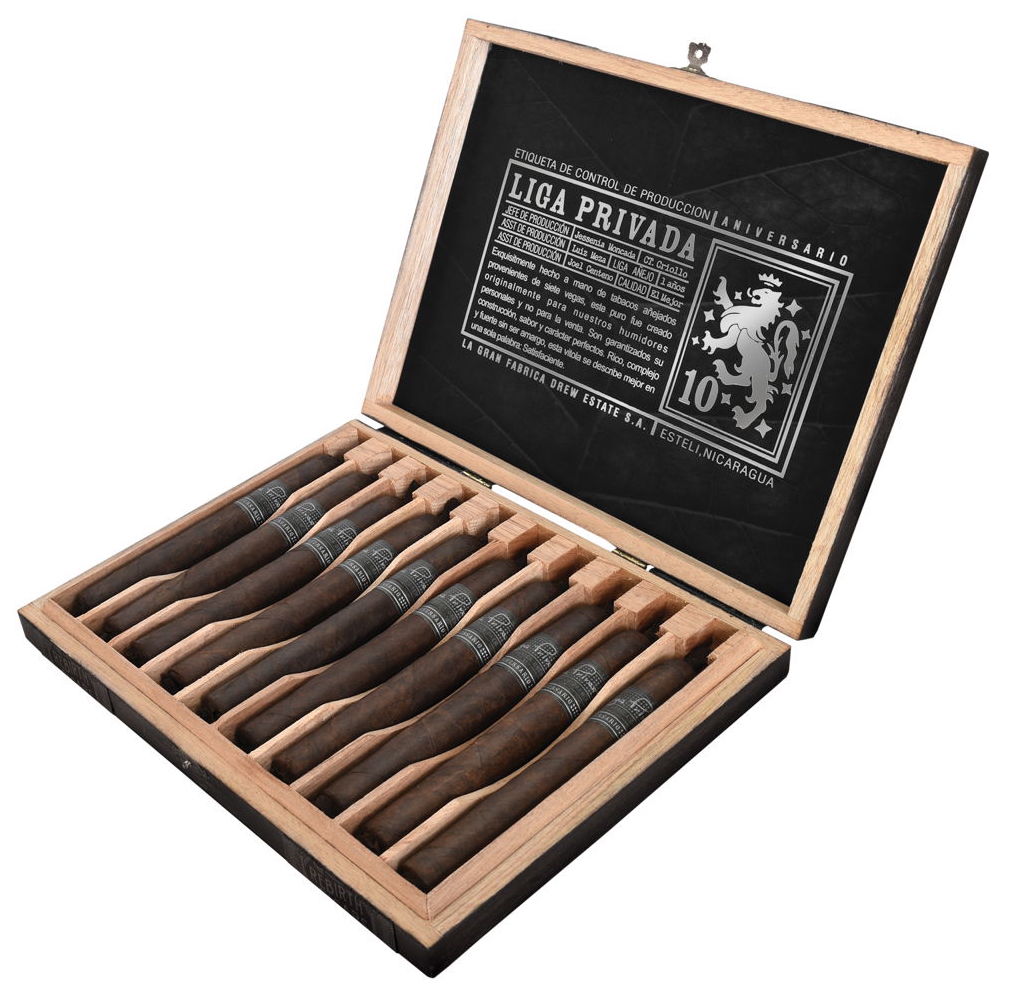 It’s the ten year anniversary of Drew Estate’s Liga Privada brand and while Liga Privada is going to be in the spotlight at the 2018 IPCPR Trade Show, there will also be a special cigar to commemorate the occasion – the Liga Privada – 10 Year Aniversario. It is also a cigar that is meant to tell the next chapter of the Liga Privada saga.

The Liga Privada – 10 Year Aniversario features a U.S. grown Criollo wrapper. This is a wrapper where Drew Estate teamed up with one of the most respected growers in the Connecticut River Valley to cultivate. The remainder of the blend consists of a San Andres Otapan Negro Último Corte binder, and a core blend of well-aged Nicaraguan and Honduran tobaccos.

The cigar will currently be released in one size – 152mm x 52 (6 x 52) Toro. The cigar features a unique Cola de Pescado head and a Pies Tapado foot. The Liga Privada – 10 Year Aniversario will be presented in ten-count boxes. The production has been limited to 1,000 boxes (10,000 cigars). Pricing is set at $179.00 per box. It will only be available to brick and mortar retailers.

“The hard work began deep in the Valley, hunting for the dense lush leaf required to turn our dream cigar into a reality. This cigar symbolizes the bond of partnership between farmer and manufacturer to grow a Criollo Capa that is worthy of unmatched celebration. Exclusively grown for Drew Estate, I challenged Willy Herrera and the factory team at La Gran Fabrica Drew Estate to create the cigar that could live up to the Broadleaf Bully that we have come to love, to celebrate the 10 years of Liga Privada,” commented Drew Estate co-founder and President Jonathan Drew in a press release.

Willy Herrera, Drew Estate Master Blender, added, “It was a deep honor to be entrusted with adding the next chapter to Liga Privada and leading the Factory Blending Team. I am proud to report that the harvests of the Connecticut Criollo by our farmers were successfully fermented at La Gran Fabrica Drew Estate, and the cigars have been aging for this celebration. We have worked out the details in regard to fermentation time, style, and temperature. Much like we had to learn with No. 9 Broadleaf and T52 Habano, we continue to increase the amount of Connecticut Criollo we can ferment. This does not come with insignificant risk as one small mistake can ruin the entire crops we have harvested. Our farm team is already planting the next harvest of Connecticut Criollo for this upcoming growing season, however this cigar will be extremely limited for the next few years as we continue to invest in our ability to manufacture with this exquisite tobacco.” 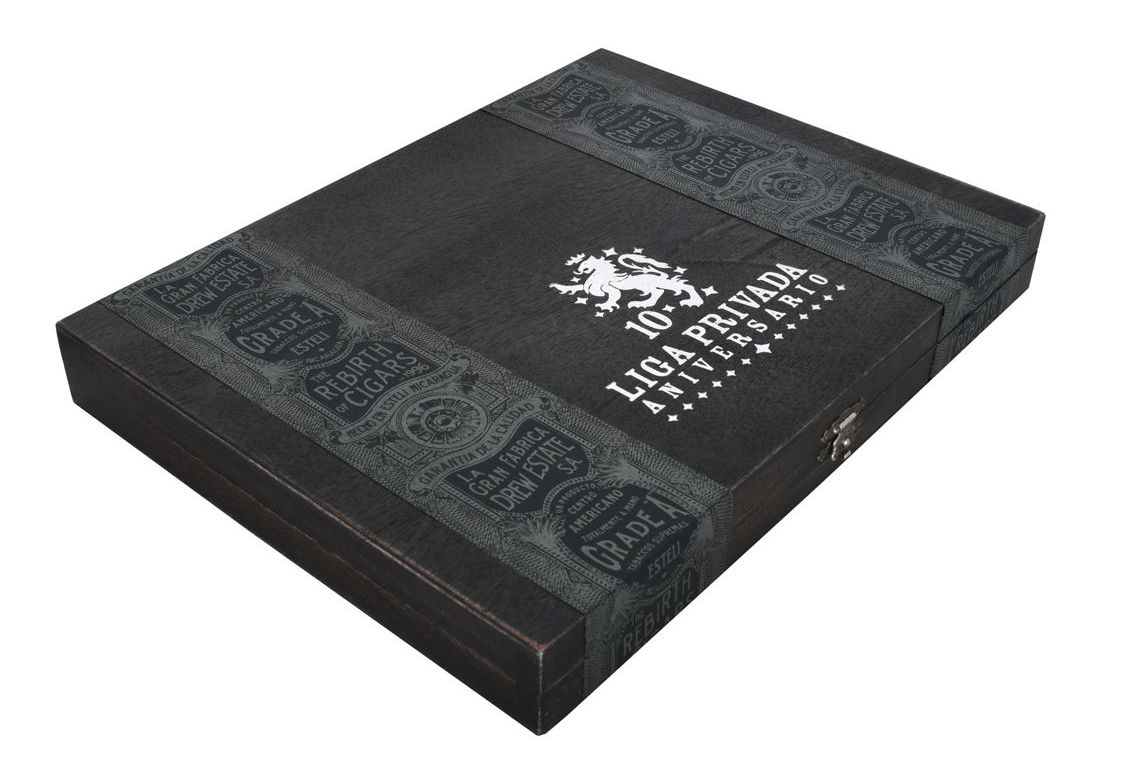 Drew Estate has said other sizes (Robusto, Corona Doble, and Torpedo) will be available in the future after additional crop harvests.

At a glance, here is a look at the Liga Privada – 10 Year Aniversario.