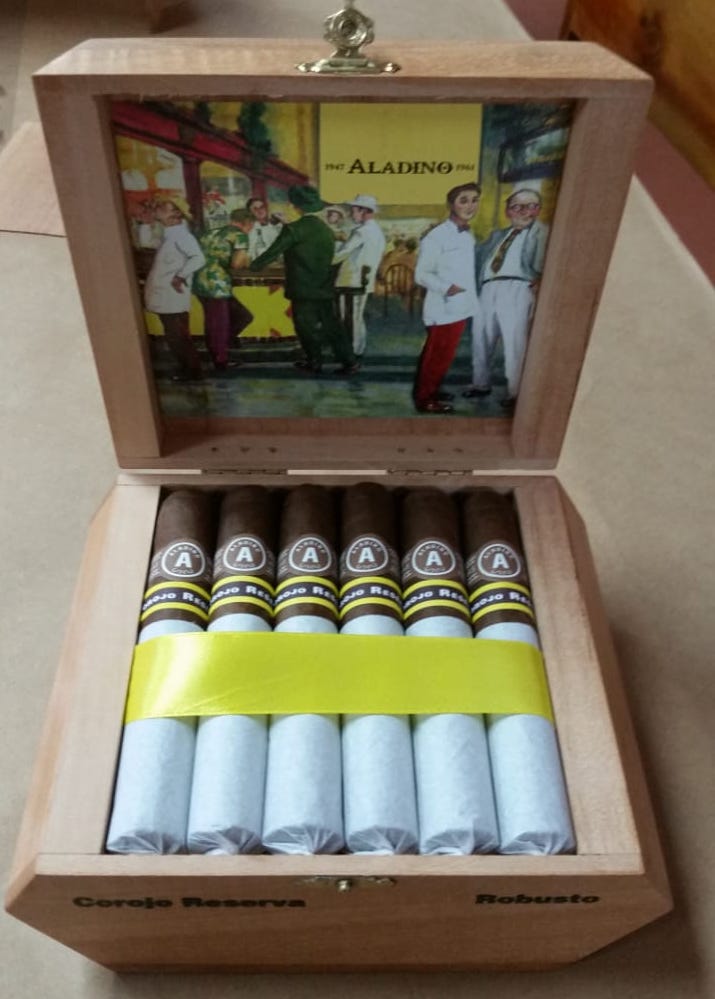 At the 2018 IPCPR Trade Show, JRE Tobacco Company will showcase an offering under its Aladino brand, the Aladino Corojo Reserva.

The Aladino Corojo Reserva is 100% Authentic Corojo that incorporates corona priming into the blend. The cigar is being released in one size: a 5 x 50 Robusto available in 20-count boxes. The cigar is produced at the company’s Las Lomas factory in Honduras.

The 2018 IPCPR Trade Show is a busy one for JRE Tobacco, the venture of Justo and Julio Eiroa. The company will also formally launch the Aladino Maduro, a cigar that has been released in small quantities to select retailers nationwide.