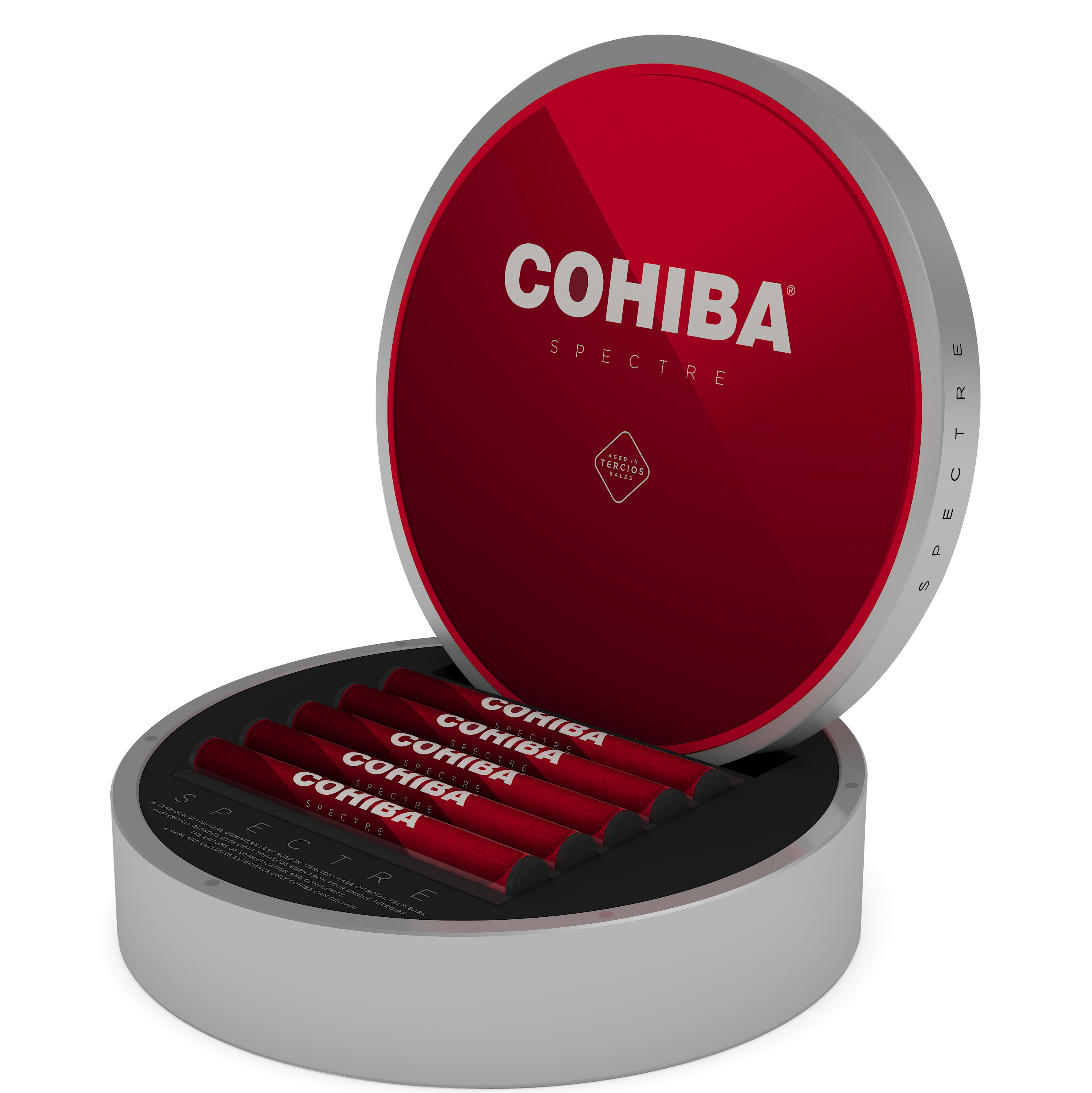 In 2017, General Cigar’s Cohiba brand introduced the Cohiba Blue – a cigar meant to be an affordable Cohiba offering. Now General goes to the other end of the spectrum introducing the Cohiba Spectre, a cigar that is the most expensive Cohiba branded cigar by General to date.

According to General Cigar, the Cohiba Spectre incorporates eight varietals of tobacco from five different countries. At the forefront is a rare Ecuadorian Sumatra wrapper. During the curing process of this wrapper, a small percentage of upper priming leaves developed a reddish hue and were set aside for further aging. The tobacco underwent an additional six months aging. In the end, General had eight barrels of wrapper tobacco that it felt was pristine and could be used for a special release. 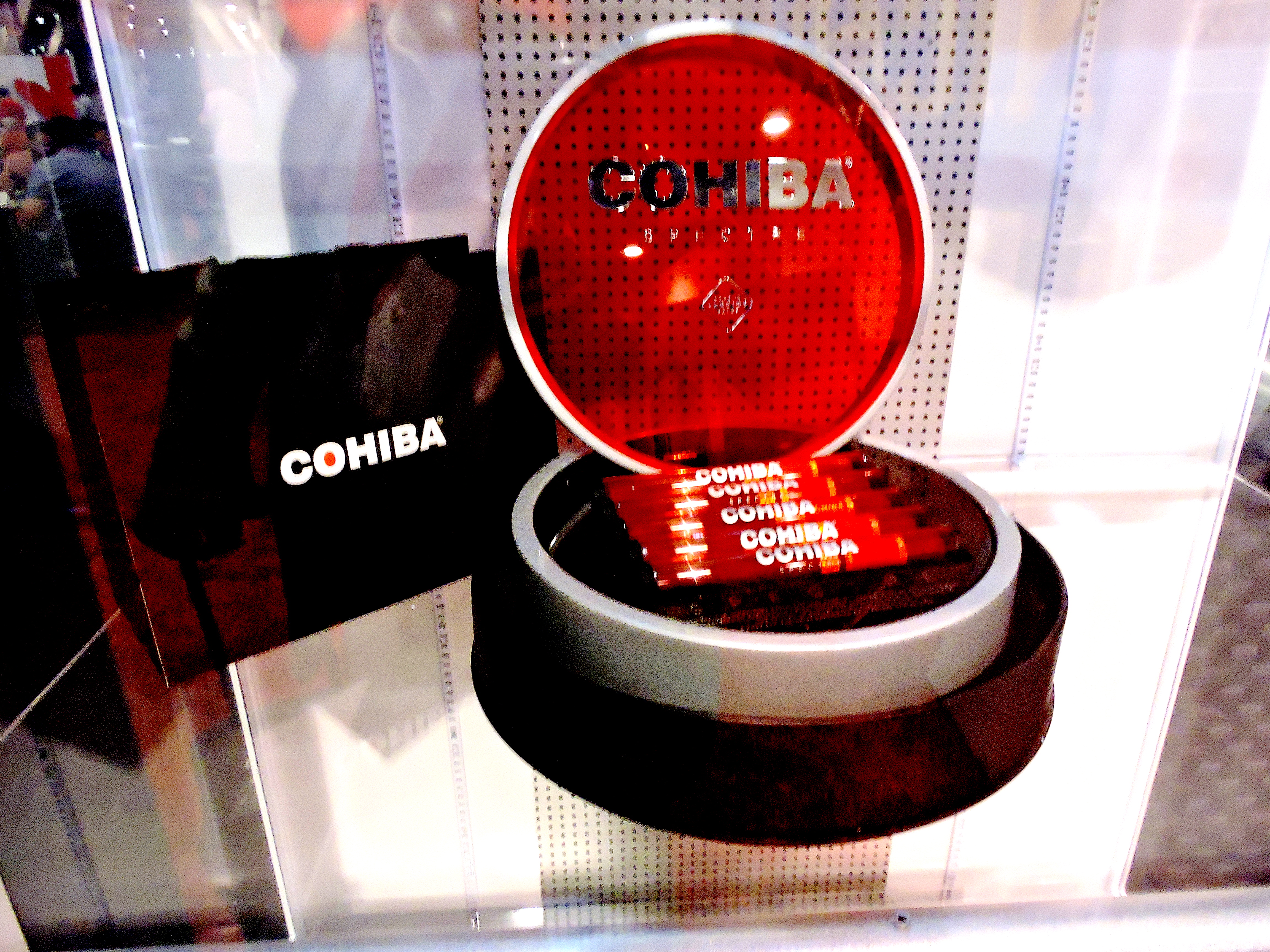 The blend also incorporates Dominican Piloto Cubano tobacco that has been aging in tercios since being harvested in 1995. These leaves are placed at the center of the bunch where it is surrounded by Nicaraguan Estelí leaves from harvests in 2011 and 2014. These Nicaraguan leaves were aged in Spanish Sherry barrels. The blend is rounded off by three Honduran leaves (Olancho San Agustin/2002 crop, Jamastran/2011 crop and La Entrade/2011 crop). 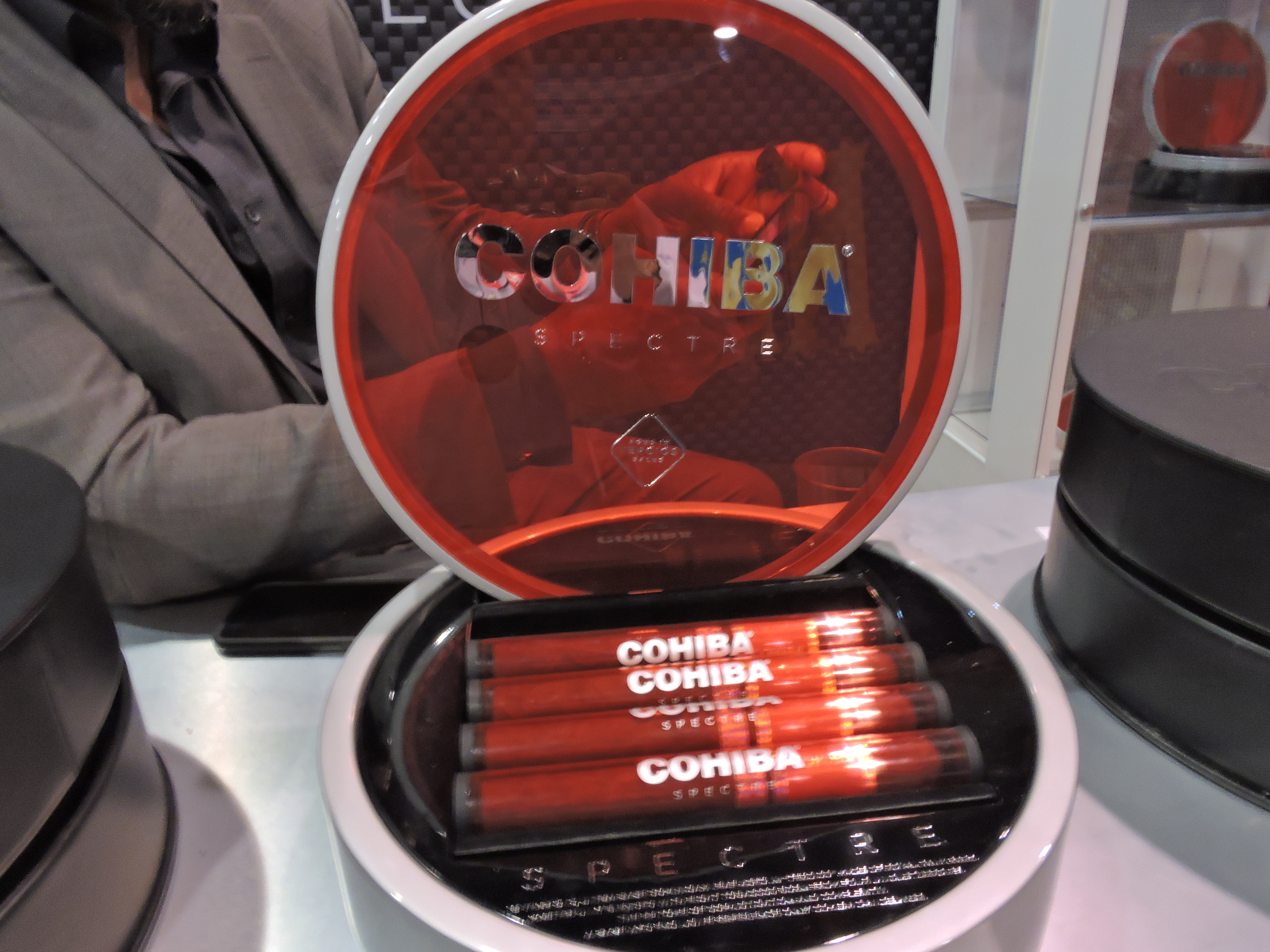 The Spectre is available in one size – a 7 1/4 x 54 Double Corona. It is packaged in a circular red and silver box containing ten cigars housed in tubes. Each box has a price tag of $900.00 or $90.00 per individual cigar.

In a press release unveiling the Cohiba Spectre, Jhonys Diaz, master blender for Cohiba said, “Cohiba Spectre is like the finest Bordeaux wine. The tobaccos we selected are the product of ideal climatic conditions and a passion for tending to the tobacco at every step of the process. Through proprietary aging techniques, these tobaccos have developed in flavor and complexity, resulting in a smoking experience that cannot be otherwise be replicated.”