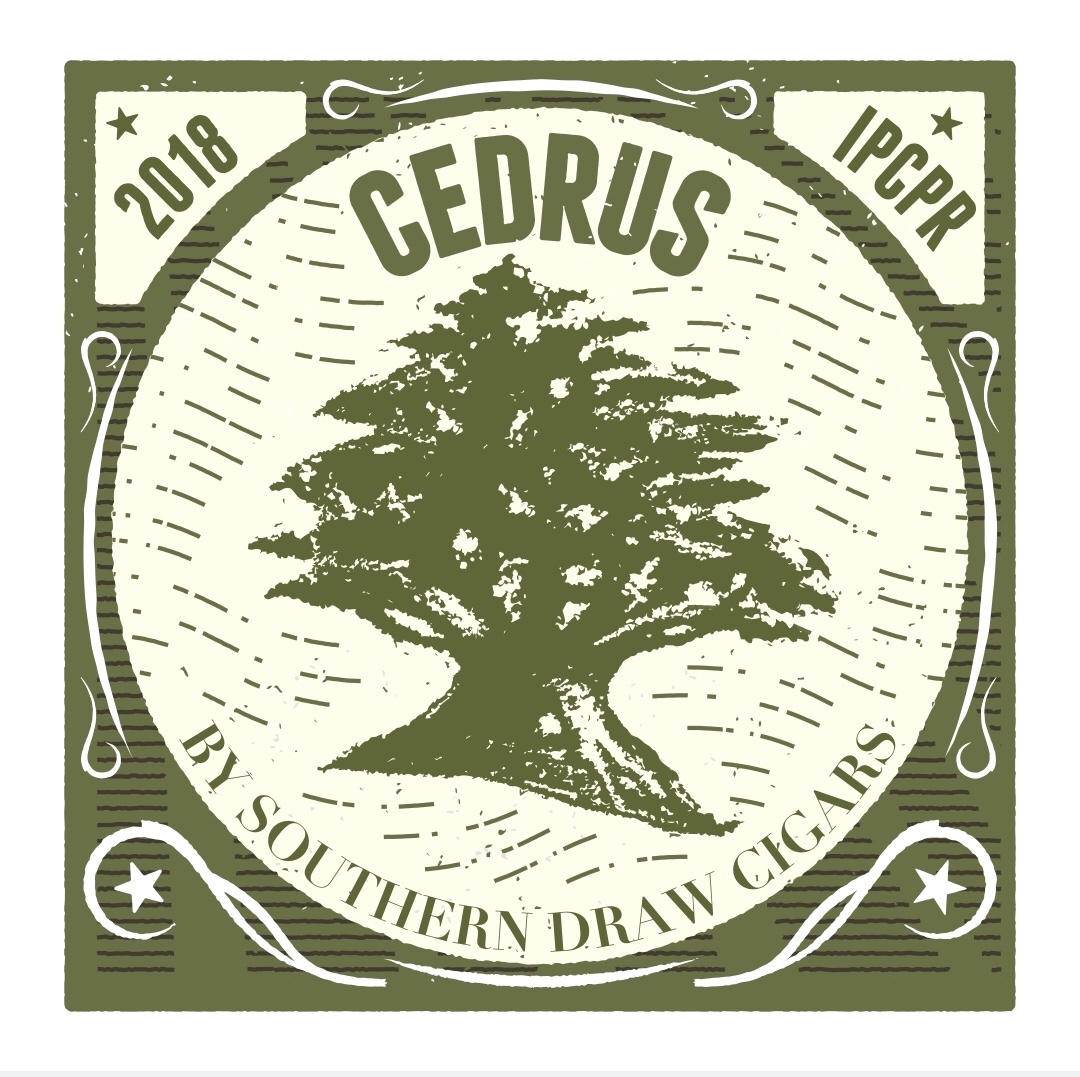 At the 2018 IPCPR, Southern Draw Cigars will introduce its fifth core blend, Cedrus.

According to the company’s press release, “Originating from one of our ‘stealth blends’ CEDRUS has been five years in the making and will initially be available in a box pressed Belicoso Fino 5.5 x 52, a special size known as ‘THE HOGAN.’”

The project is very closely tied to the values and philosophy the company follows, “We continue the Southern Draw Cigars tradition of sharing our faith, embracing the flora around us and by offering tribute to those people that have most inspired our family, through the branding of our cigars,” continues the release.

While the previous four core blends paid homage to different flowers, Cedrus pays homage to Lebanese Cedar trees. Lebanese Cedar trees (Cedrus libani) were highly sought after for ancient woodworking. The wood’s high quality, pleasant scent, and firmness made it a popular building material for temples, palaces, and sailing vessels. According to Southern Draw, cedar is currently the most utilized wood in the premium cigar industry and the image of the Cedrus tree serves as a biblical inspiration behind Cedrus’ brand art.

The special size takes its name from the form of Western Red Cedar known as the Hogan which is native to the Pacific United States. This tree can grow to 200’ tall and live more than 1,000 years, demonstrating the firm, reliable and beautiful characteristics of cedar. The name is a tribute to Phil and Shelly Hogan, close friends of Southern Draw founders Robert and Sharon Holt and their family. The Hogans were instrumental in rallying family and friends to support the founding of Southern Draw Cigars. The company points out, “Their contributions have been as steadfast and enduring as the cedar tree even as they have humbly remained in the shadows of our early successes.”

The Story Behind the Blend

The story behind Cedrus – The Hogan played a key role in the development of the blend used for the cigar. According to Robert Holt:

“My snapshot of the CEDRUS blend transports us to the ancient soils of Indonesia, a place aptly named the “Spice Islands” where we have methodically selected this rich, reddish brown colored wrapper. As this cigar burns, a savory perfume of what I consider nutmeg, toasted clove, cinnamon and cedar aromas compliment the naturally fermented tobacco tastes and awaken my palate, an intentional profile representing the diverse Asian food cultures explored (and enthusiastically shared) by the Hogan’s during and after their 20 year service in the U.S. Navy. Playing a supporting role to the unique spice profile is the medium bodied strength and semi-sweet chocolate notes of classic Dominican Republic and Nicaraguan tobaccos. A retrohale offers me a more powerful burst of hard-wood charcoal, red/white pepper and herb-like notes that stem from tobaccos of the lesser known high mountain region of Quilalí, Nicaragua. CEDRUS is no doubt, our most distinguished tasting cigar and the gorgeous Belicoso Fino will be offered in a specially designed presentation box.”

For 2018, a production of 60,000 cigars has been allocated. There will be 5,000 individually numbered ten-count boxes along with an additional 1,000 ten-count refill bundles.

Southern Draw is planning a formal unveiling at the 2018 IPCPR Trade Show. Shipping to retailers is slated for August 8, 2018, as well as an additional shipment slated for November 2018.

The Hogans will also be present at the Southern Draw booth.

At a glance, here is a look at Cedrus – The Hogan: