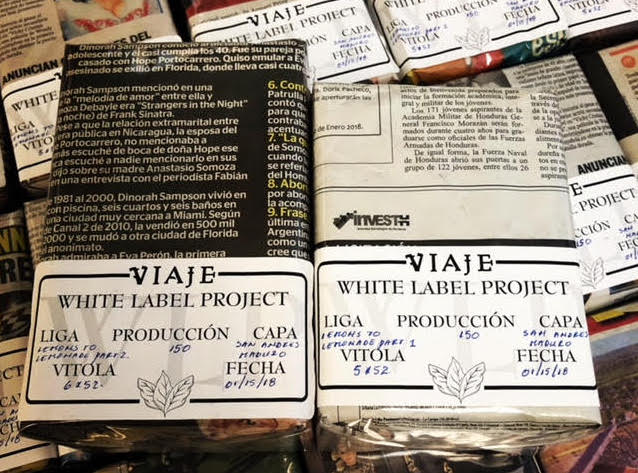 At the 2018 IPCPR Trade Show, Andre Farkas discussed a project under the White Label Project (WLP) brand known as Lemons to Lemonade. This release has now begun to surface at retailers nationwide.

WLP is a mechanism that is used for experimental blends, mash-ups, and cigars made in error. The name Lemons to Lemonade is appropriate for a WLP release. The story of this project is that the wrapper being used for the blend was not meshing well with the other tobaccos, so the wrapper was switched to a San Andres Maduro which proved to be quite satisfying to Farkas. Remaining blend details and factory have not been disclosed.