American Caribbean Cigars is a company has operated a factory in Estelí, Nicaragua for quite some time. They have produced cigars for companies such as Gurkha, Toraño, and Leccia Tobacco. In 2015, American Caribbean released its very own brand called La Rosa de Sandiego. Since then this has been a brand on the rise while continuing to attract clients to make cigars at the factory.

First up was American Caribbean’s The Bouncer. It’s a blend that features a San Andres wrapper over a Sumatra binder and Nicaraguan fillers from Estelí, Jalapa, and Ometepe. It’s available in three box-pressed sizes: Robusto (4 1/2 x 52), Toro (5 1/2 x 56), and Gordo (6 x 60). 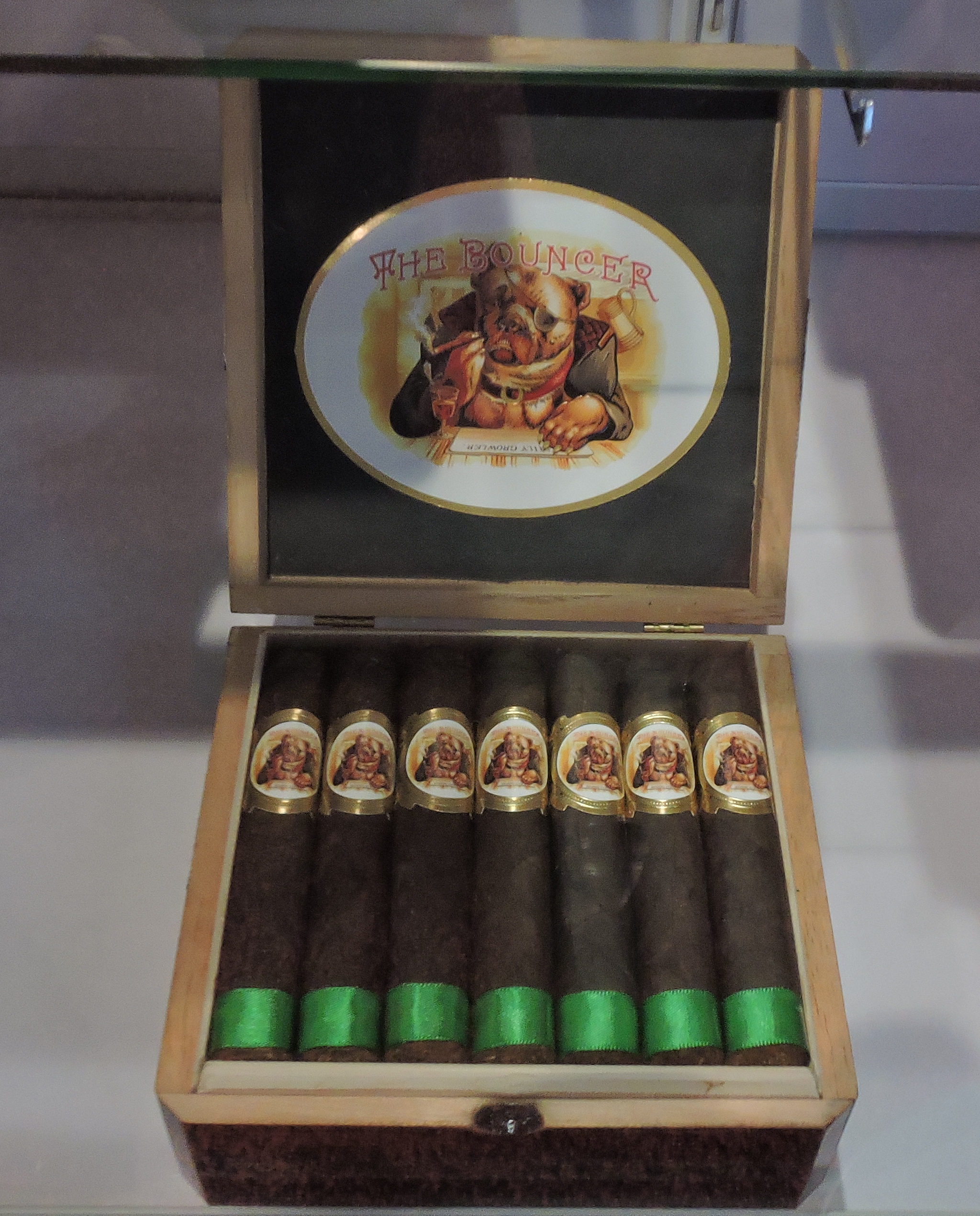 For Vintage Rock-A-Feller Cigar Group, it’s the second IPCPR since Schweitzer took over the company in 2017. The company was showcasing cigars made at the American Caribbean Cigars factory.

In addition, the company highlighted its popular Vintage Rock-A-Feller Gold Series. It’s a limited edition 6 x 52 box press line that uses a San Andres Mexican wrapper, an Ecuadorian binder, and all Nicaraguan filler. The company also was showcasing gold bouillon ashtrays. These products pay homage to the fact that Schweitzer has been a Wall Street Trader for many years.

The Traveler is a brand owned by Emiliano Lagos. After doing cigar events for many years, Lagos decided to launch his own brand in 2017. He is teaming up with American Caribbean Cigars to make his brand.

The Traveler originally launched in Europe, but now has started to make his way through the states.  Because he traveled to do his events, Lagos decided to call his brand “The Traveler”.