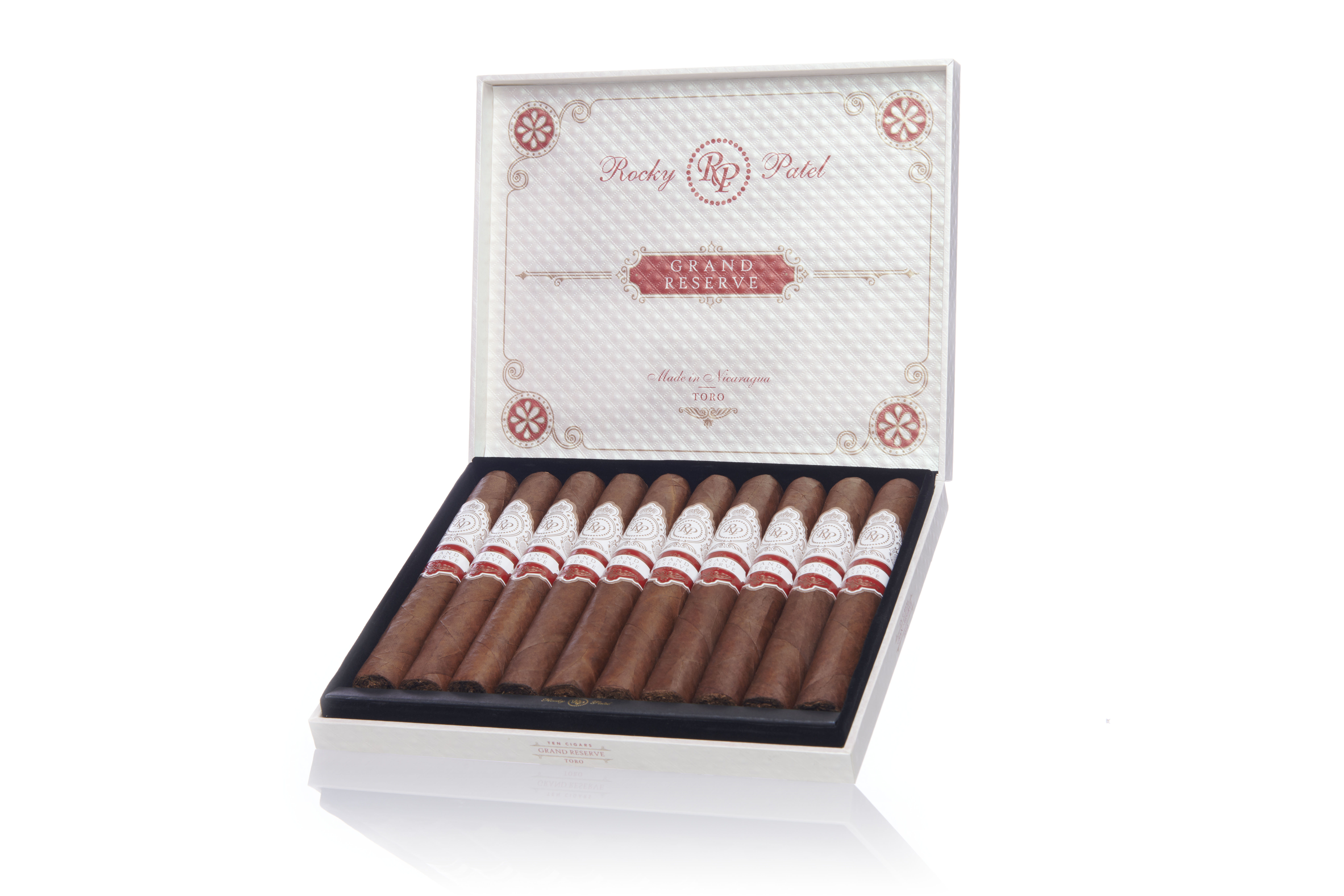 Rocky Patel Premium Cigars (RPPC) has a release that is aimed at the international market outside the U.S. At Inter-Tabac 2018, the company will be showcasing a line known as the Rocky Patel Grand Reserve.

The Grand Reserve actually had a soft launch back in April at a private three-day event known as Mountain on Fire. Held in Sölden, Austria, this event is described as a three-day luxury experience with 120 guests in attendance, including company president Rocky Patel. 300 boxes of the Grand Reserve were brought to the event and sold out. As a result, the decision was made to subsequently release it.

“The reception to this unique brand was overwhelming,” commented Rocky Patel in a press release. “Everyone at Mountain On Fire enjoyed this balanced, elegant, medium-bodied cigar. And we sold out of all 300 boxes that weekend! We can’t wait for the rest of the world now to try it.”

Details of the blend have not been disclosed, other than the Gran Reserve is rolled in Nicaragua at the Tavicusa factory.  It will be available in three sizes (Robusto, Toro, and Sixty) with each packaged in 10-count boxes. Pricing will be approximately €9 and €11  per cigar.

“Our distribution abroad has seen extensive growth over the last 10 years, and we wanted to honor these worldwide business partnerships with an exclusive brand that international retailers can call their own,” said Mark Weissenberger, Vice President of Marketing for RPPC.

Plans are for the Rocky Patel Gran Reserve to ship to global distributors in mid-September. Retailers in Austria, Germany, and the Netherlands will receive the first shipments which should land on shelves by mid-October.

At a glance, here is a look at the Rocky Patel Gran Reserve: