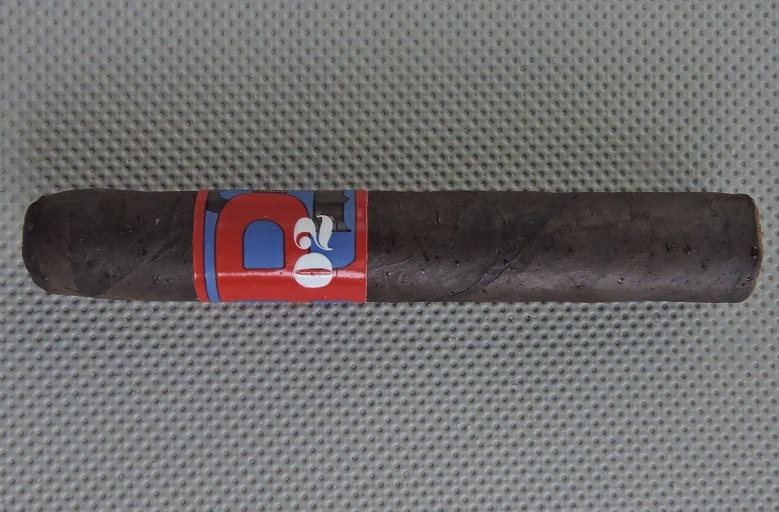 Today we take a look at another installment of the La Palina Number Series. This was a line that was introduced in 2017.  As the name indicates, each blend is denoted by a particular number. The first two installments of this series, LP01 and LP02, were announced just prior to the 2018 IPCPR, but there have been many reports of pre-FDA stealth releases of further installments. The Number Series would see La Palina take a very different direction in its packaging and banding, introducing a feel of the 1960s “Mad Men” series. The packaging of the cigars was inspired by the late artist Paul Rand, who once designed artwork for the original La Palina brand. Our assessment focuses on the La Palina Number Series LP02 in the Robusto size. 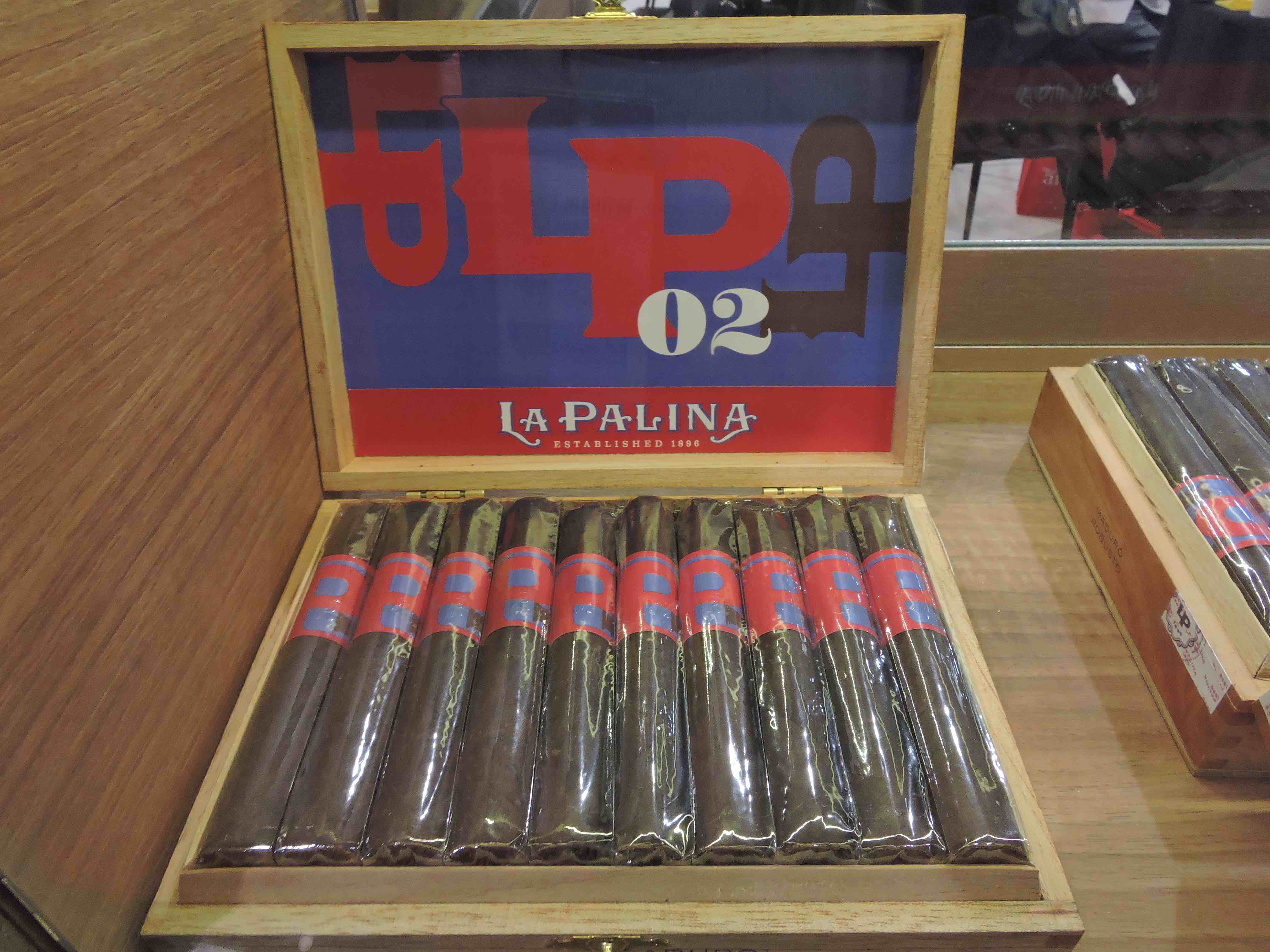 Without further ado, let’s break down the La Palina Number Series LP01 Robusto and see what this cigar brings to the table.

In addition to the Costa Rican wrapper, the LP02 uses Honduran tobacco for the binder and filler. There is also Nicaraguan tobacco incorporated into the filler.

The La Palina Number Series LP02 is available in four sizes each presented in 20-count boxes.

Unlike the Costa Rican wrappers seen on the original La Palina Family Series, the LP02 utilizes a dark colored one. The LP02’s wrapper had rich espresso color to it. Even with the dark color, some mottling could still be seen on the surface. There was some oil on the surface. While it was a relatively smooth wrapper, it had some visible veins. The dark color of the wrapper did a decent job at hiding the seams.

The band has a blue background highlighted by a red “LP” and a white “01” on the center of the band. In landscape mode on the right side is “LP”. This lettering very much has a mid-1960s retro-theme to it.  On the right side is a design representing a white seal. There is a white “LP” on it with the text “LA PALINA” and “1896” above and below it respectively.

The cigar experience of the La Palina Number Series LP02 Robusto was commenced by placing a straight cut to remove the cap of the cigar. Once the cap was clipped, I moved on to the pre-light draw. The dry draw delivered a mix of mocha, dried fruit, and a touch of leather. The mocha delivered had both sweet chocolate and bitter espresso qualities. Overall I considered the pre-light draw of the LP02 Robusto to be very good. It was now time to fire up this cigar and move into the smoking phase.

The La Palina Number Series LP02 Robusto kicked off with notes of mocha, earth, dried fruit, and mixed pepper. The mocha notes quickly moved into the forefront early. At times the mocha demonstrated more sweet chocolate qualities and at other times it showed more black coffee qualities. The earth and mixed pepper settled in the background. The dried fruit notes also settled in the background, but during the first third, there were times it moved into the forefront. Meanwhile, the retro-hale produced black pepper notes with touches of cedar.

During the second third, the mocha notes remained in control, alternating between showcasing the chocolate and coffee qualities. Meanwhile, there was a gradual increase in the pepper notes and a gradual decrease in the intensity of the dried fruit notes. There still were some earth notes in the background.

The last third of the LP02 Robusto saw the pepper notes join the mocha notes in the forefront. I still saw the mocha demonstrate both chocolate and coffee quality. There was still some dried fruit and earth notes in the background. This is the way the LP02 came to a close. The resulting nub was soft to the touch, and cool in temperature.

The La Palina Number Series LP02 Robusto maintained a relatively straight path from start from start to finish. There was some jaggedness on the burn line from time to time that did require some touch-ups. Sometimes the jaggedness wasn’t pretty, but it wasn’t a case where the LP Robusto was in danger of tunneling or canoeing. The resulting ash had a light gray color. This wasn’t an overly firm ash and there was some occasional flaking. The burn rate and burn temperature were ideal. 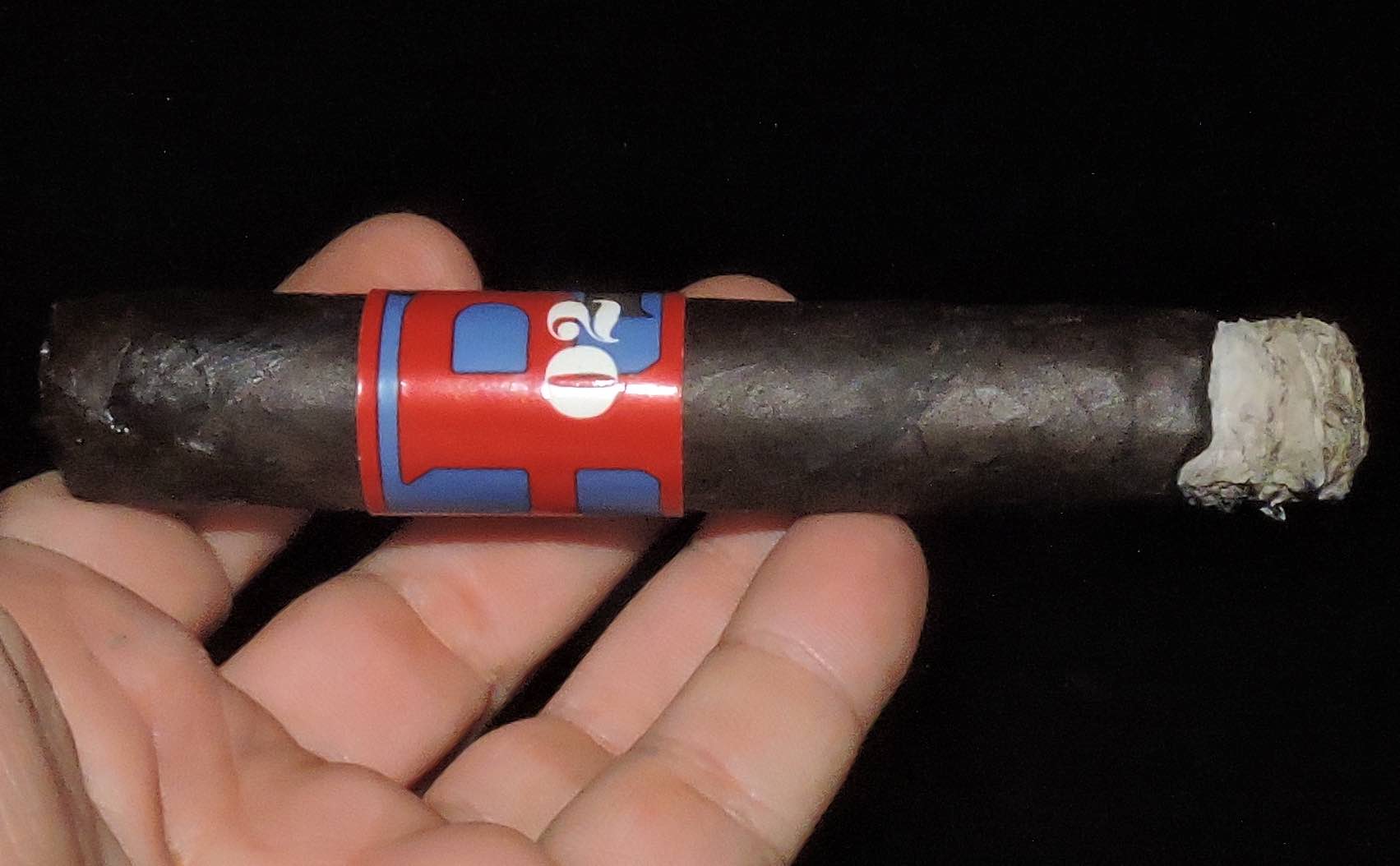 The draw of the La Palina Number Series LP02 Robusto was on the open side. It was slightly more open that I prefer, but this wasn’t a loose draw. This was still a low maintenance cigar to derive flavor from. At the same time, this cigar produced ample amounts of smoke.

The La Palina Number Series LP02 Robusto is a bolder smoke than many La Palina offerings. While it doesn’t overpower with strength and body, it still offers a nice degree of intensity. This is a cigar that was medium to full in strength and full in body. The strength level remained relatively constant, but there was a slight increase in body along the way.

In terms of strength versus body, I found the body maintained the edge from start to finish.

As I mentioned when I assessed the La Palina Number Series LP01 Robusto, I think the Number Series has had some unfair criticism leveled against the packaging. I have personally enjoyed the 60s retro-theme to it. That being said, when it came to the LP02 Robusto I didn’t find it to be the most complex of cigars – and in a lot of ways the flavor profile was somewhat predictable. At the same time, the flavors delivered were quite good – and I liked the bolder profile this cigar delivered. While it’s a cigar I’d steer a more experienced cigar enthusiast to, it’s certainly a cigar I’d recommend to a novice looking for something fuller. As for myself, this is a cigar I would smoke again. It’s one where I’d certainly pick up multiple cigars to keep in my humidor.