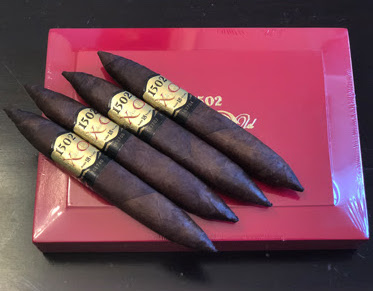 1502 Cigars is putting the sixth size of its 1502 XO line into widespread distribution. Today the company announced that the 1502 XO Perfecto will be hitting retailers beginning November 27th.

Following the issuance of the FDA Deeming Regulations, company owner Enrique Sánchez Icaza made a decision to showcase all of the planned vitolas for the 1502 XO line at the 2016 IPCPR Trade Show and do a limited introduction of each size to market. Since then, Sánchez has slowly introduced the vitolas into a wider release including the 1502 XO Churchill, 1502 XO Salomon, 1502 XO Lancero, and 1502 XO Torpedo.

As for the blend, other than the fact the 1502 XO uses 18-year-old tobaccos, Sánchez has not disclosed the details of the blend.