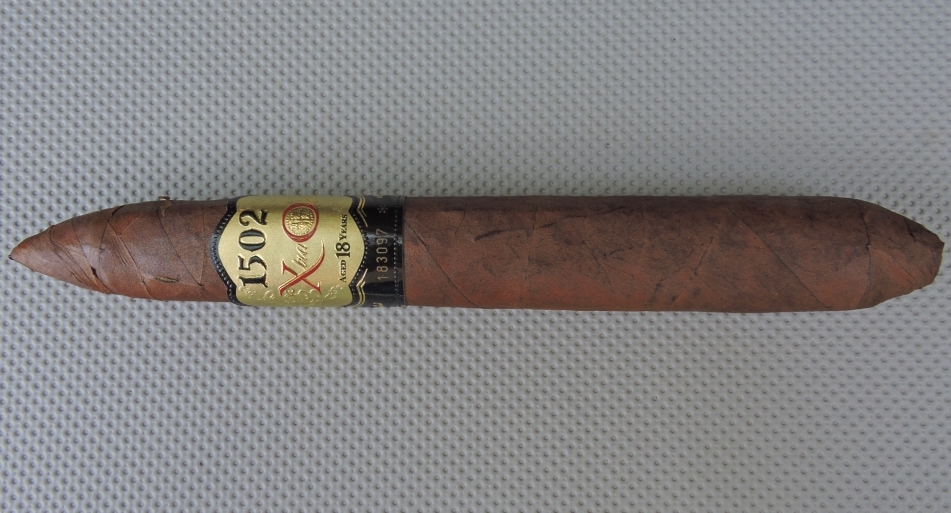 Three years ago, at the 2015 IPCPR Trade Show, Enrique Sanchez Icaza and Global Premium Cigars introduced a limited production line known as the 1502 XO. The blend is special because it utilizes 18-year-old tobacco that Sanchez had been able to secure it. The first release of the 1502 XO featured a Toro size with other sizes to gradually follow. With the August 8th, 2016 implementation of the FDA Deeming Regulations that would require pre-market approval to all new blends and sizes, Sanchez had to deviate slightly from the plan. He decided to showcase all of the sizes o the 1502 XO at the 2016 IPCPR Trade Show (just prior to the Deeming Regulations going into effect) and then do a limited release of the sizes into commerce. Since then he has gradually done wider releases of three additional sizes of the 1502 XO. Today, we take a look the third size that had the wider release, the 1502 XO Salomon.

Given the fact that the 1502 XO utilizes 18-year-old tobacco, it is a gating factor for why the line has a limited production. This aged tobacco also makes the 1502 XO the most premium offering by Global Premium Cigars to date (the four sizes range from $16.00 to $22.00 SRP). Given the Salomon is one of the more difficult vitolas to roll (and in this case it’s box-pressed), it Is currently the highest priced offering in the line.

The blend details of the 1502 XO have not been disclosed, other than that the cigar utilizes 18-year-old tobacco and is made at the Plasencia factory in Estelí, Nicaragua.

The following are the specifications of the four sizes of the 1502 XO introduced into widespread distribution. Consistent with the majority of cigars in the 1502 brand’s portfolio, these are all box-pressed sizes.

As for the 1502 XO Salomon, it is one that is presented in four-count boxes.

The wrapper of the 1502 XO Salomon had a coffee bean color with a near cinnamon-colored ttot ti it. Upon closer examination, some darker mottling could be seen on the surface. There was some oil on the wrapper. This was a slight bumpy wrapper with some thin visible veins. Most of the wrapper seams were not noticeable by the wrapper’s color.

The Salomon had a softer press to it. The widest part of the Solomon is toward the footer. The cigar tapers to a closed tip at the head of the cigar. On the footer, it tapers, but it is still open. This is one of the few cigars in the 1502 portfolio that does not have a “cigar lock” – i.e. a partially covered footer.

A straight cut was used to clip the tip of the 1502 XO Salomon. I opted to use my Credo Special T cutter with the 36 ring gauge hole to get an ideal cut. This allowed me to get a smaller ring gauge cut and to take advantage of the tapering of the salomon. Once the tip was removed, I moved on to the pre-light draw phase. The dry draw delivered a mix of cedar, floral and a slight cocoa note. I judged this to be a satisfactory pre-light draw. At this point, I was ready to light up the 1502 XO Salomon and see what the smoking phase would have in store.

The start of the 1502 XO Salomon began with notes of cedar, chocolate, earth, and citrus notes. Early on, the chocolate notes moved into the forefront early and had a definite creamy texture to it. Meanwhile, the other notes moved into the background. On the retro-hale, there was an additional layer of cedar present.

Just past the midway point there a bit of a log-jam of the primary flavors as the citrus, earth, cedar, and chocolate notes were all fighting for supremacy with the pepper in the further background. Toward the end of the second third, the citrus, earth, and cedar notes still remained in the forefront while the chocolate and pepper notes remained secondary.

During the last third of the 1502 XO Salomon, the cedar, earth, and citrus remained the primary notes, the cedar had a slight edge. In the background, the pepper notes increased some more, but never reached the forefront. While there was more in the way of spice, it never became over-powering on the palate. This is the way the 1502 XO Salomon came to a close. The resulting nub was slightly soft to the touch and cool in temperature.

The burn line of the 1502 XO Salomon became somewhat jagged from time to time. As a result, there were points where this cigar required some additional touch-ups to straighten the burn line. At the same time, this wasn’t a burn I had to fight with. The best way to sum up this cigar is that it needed frequent, but not an excessive amount of touch-ups. The resulting ash had a salt and pepper color to it. This was an ash that was definitely skewed on the firmer side. Meanwhile the burn rate and burn temperature were perfect. 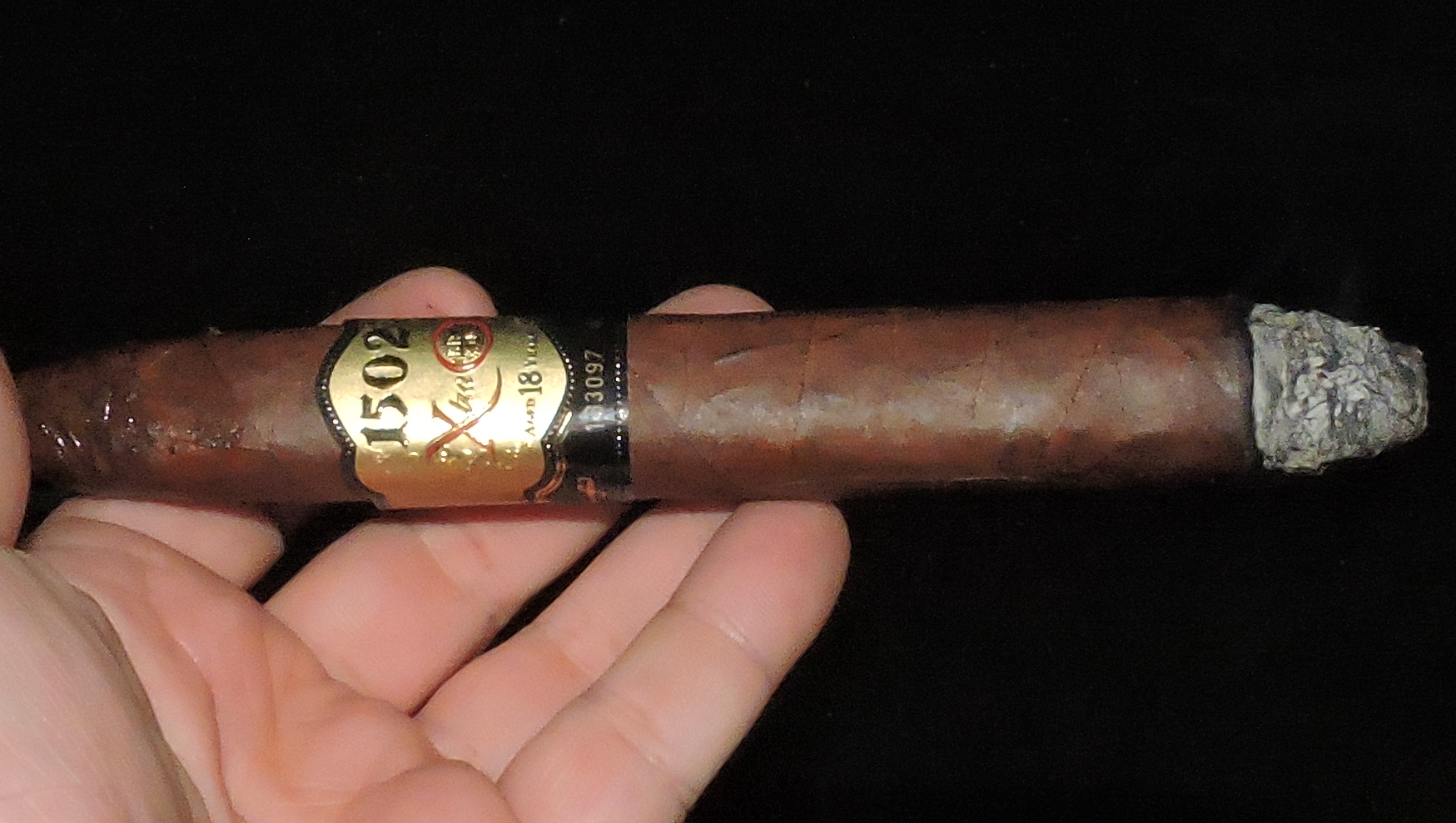 Comparing this to the 1502 XO Toro and 1502 XO Churchill sizes, the 1502 XO Salomon was slightly more dialed back compared to those vitolas.

The box-pressed Salomon is not a common size that is out there. Last year, it got some considerable attention with the release of the Plasencia Alma Fuerte Generación V. The interesting thing about the Generación V is that it also comes out of the same factory, however if you look at that salomon versus the 1502 XO Salomon, the tapering looks different – and both cigars smoke very different. However this is a fun size to smoke – and it’s a size that works quite well with the 1502 XO blend.