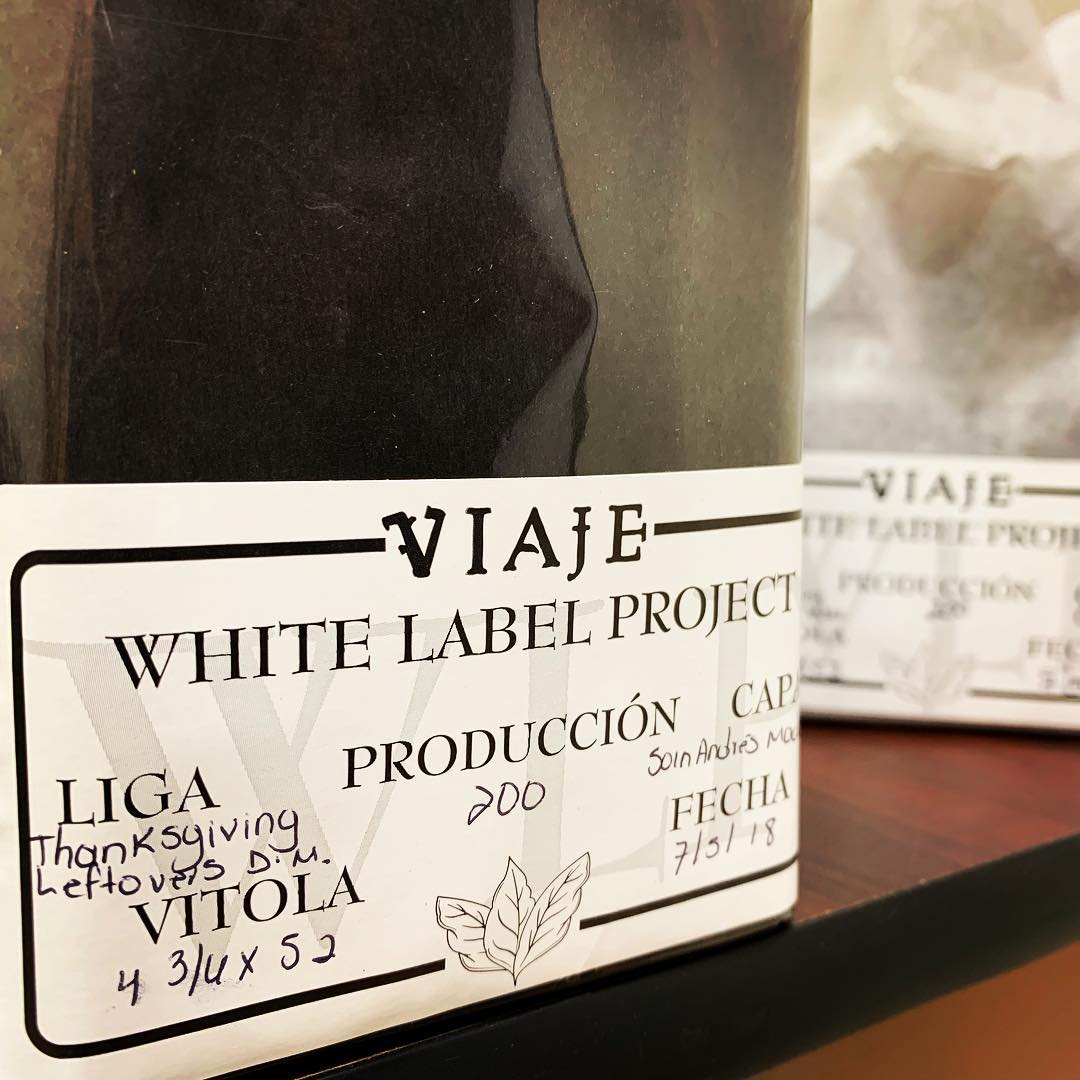 Thanksgiving may be over, but Viaje is continuing the Turkey Day seasonal cigars into December. Today the company announced the Viaje Thanksgiving Leftovers will be coming to retailers this month. Like the Stuffed Turkey releases, there will be two varietals – White Meat (Natural wrapper) and Dark Meat (Maduro wrapper). Both are being released as a part of the Viaje White Label Project series scheduled to hit retailers in December.

Blend details, Country of Origin, and Factory have not been disclosed other than a San Andres Maduro wrapper for the Dark Meat version. Both the Thanksgiving Leftovers White Meat and Dark Meat are 4 3/4 x 52 Short Robustos. Each is packaged in 25-count bundles with a total of 200 bundles produced.

The Viaje White Label Project (WLP) is a mechanism that is used for experimental blends, mash-ups, and cigars made in error. These cigars are usually supplied in bundles with plain white and black colored bands.