“This cigar is going to tell its very own story. If you want a bold and flavorful cigar, this is the cigar for you.” 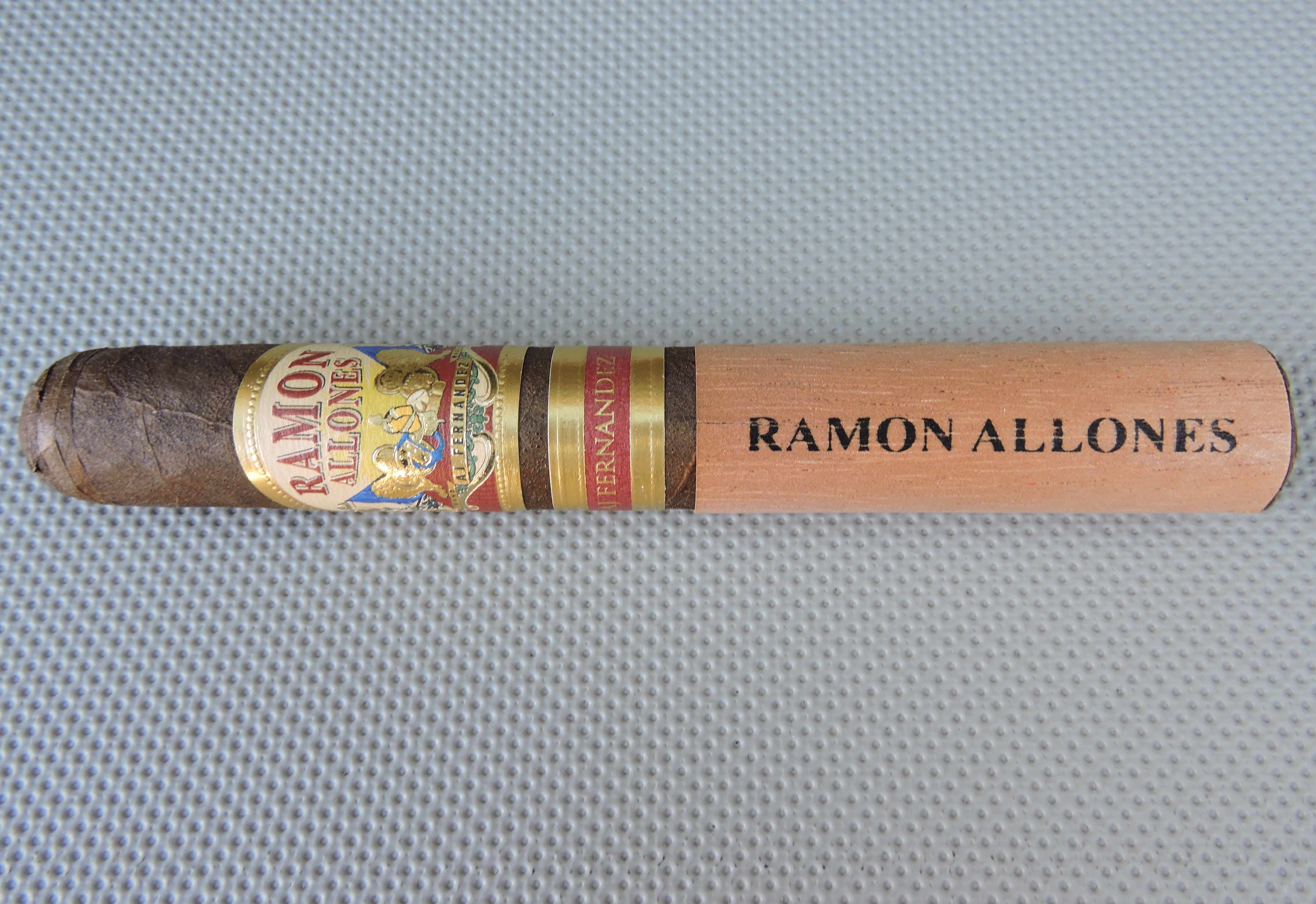 Coming in at #4 is the Ramon Allones by AJ Fernandez Toro. This is a cigar that comes from AJ Fernandez Cigars, making its debut in 2018.

Over the past few years, AJ Fernandez has had the opportunity to work with companies like Altadis and General Cigar to re-image many classic Cuban brands such as Montecristo, Romeo y Julieta, H. Upmann, Gispert, Hoyo de Monterrey, and Punch. Ramon Allones is a Cuban brand. General Cigar has produced and distributed a non-Cuban version, but has had mixed results. In 2017, an agreement was struck between General and AJ Fernandez where Fernandez would get an opportunity to produce the cigar, and handle the cigars and distribution with his own company. Essentially, General Cigar had decided to license the brand to AJ Fernandez.

Produced at Tabacalera Fernandez, the cigar itself is a Nicaraguan puro utilizing a  dark high priming hybrid-seed wrapper that is referred to as a Habano Oscuro Medio Tiempo and grown on Fernandez’s farm. The Toro is the size landing on the Countdown measuring 6 x 52.

The Ramon Allones by AJ Fernandez Toro lands AJ Fernandez on the Countdown for the fourth time since its inception in 2010. It’s also the sixth Nicaraguan puro to land on this year’s Countdown.

Flavor-wise, the Ramon Allones by AJ Fernandez Toro delivers rich notes of chocolate, earth, dried fruit, cedar, and black pepper. It’s a bolder smoke, starting out medium to full in strength and body and finishing up on the full side.

This cigar has a different profile than many of the Ramon Allones’ cigars you have probably smoked. It has Fernandez’s signature on it as it is bolder and stronger. It’s one of Fernandez’s finest releases to date and easily earns its #3 spot.