The Performance Rankings were introduced in 2012 as a statistical analysis based on the average numerical score of all cigars assessed on Cigar Coop.  It is meant to serve as a barometer in terms of how the cigars were assessed

Today we slice this data by Factory – a new category introduced for 2017. This is not meant to be necessarily an award, but a look at how scoring went, and what can we learn from it.

The following are the 14 factories and their average scores that met the criteria above to qualify for this list. The number of cigars from the factory is listed in parentheses. 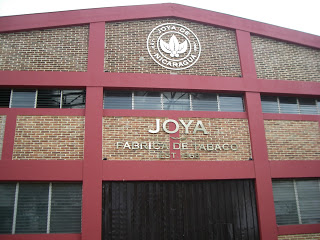 If you are following a lot of the online media lists, it has been a huge year for Fábrica de Tabacos Joya de Nicaragua SA. The Coop ratings and end of year rankings have been reflective of this. There were some high scoring cigars from the Joya de Nicaragua brand, but also significant contributions from Dunbarton Tobacco & Trust, Fratello Cigars, and Villiger.

Possibly one of the underrated factories that haven’t gotten its due has been De Los Reyes S.A. This Dominican factory is owned by the Reyes family. The Saga brand (owned by the Reyes) family played a key role in landing at #2, but Debonaire and Cattle Baron also had significant entries as well.