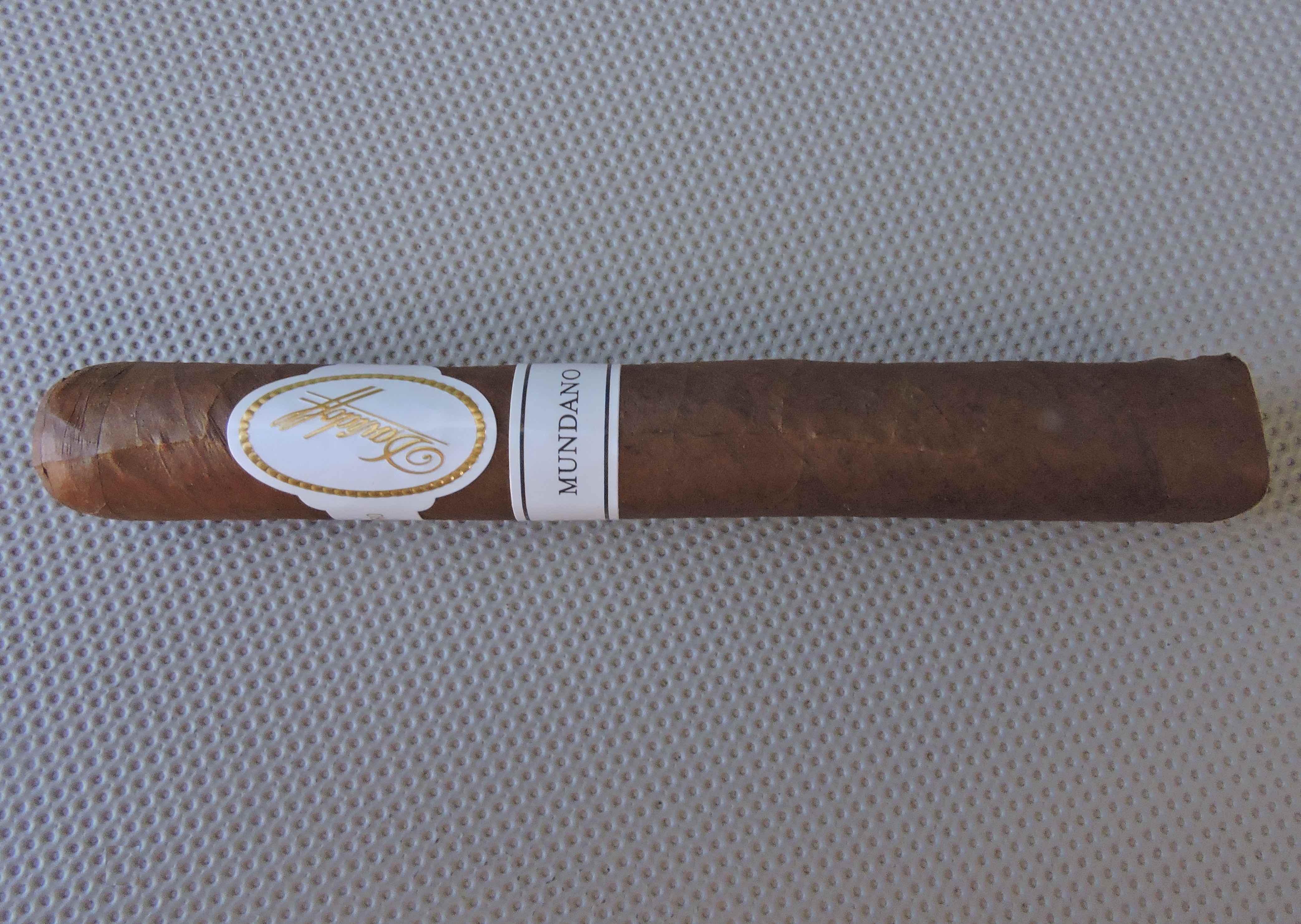 The past year at Davidoff has seen the company reach into its rich history and re-release many of its classic blends from its past.  One can certainly argue a driving factor has been the U.S. Food and Drug Administration’s Deeming Regulations which require pre-market approval for new releases. Davidoff has done this through several mechanisms. Most prominent have been Davidoff releases in the past such as the Davidoff Diademas Finas and Davidoff Selección 702. Others have been private blends that have been re-released such as the Davidoff Master Series, that have been made more widely available. While some of these re-releases have been done through traditional means with Davidoff Appointed Merchants, Davidoff has used another route to market called the Vault Series. The Vault Series has made available many discontinued, private, and “lost” blends. It utilizes a limited small-batch model in which Davidoff has sold allocations directly to consumers through its website or minimal allocations to select appointed merchants. These releases have created a “chase” among many Davidoff enthusiasts to procure these cigars. Today we look closer at one of those releases, the Davidoff Mundano.

Davidoff Mundano is a blend that is not known to most Davidoff enthusiasts. Davidoff hasn’t said much about the release other than, “Davidoff Mundano is a cigar developed over the past 5 years that uses inspiration from various countries to create a blend focused on our connection to nature.” It utilizes several proprietary Dominican tobaccos as a part of the blend.

The blend is highlighted by several proprietary Dominican hybrid-seed tobaccos. These include the Hybrid 253 wrapper and the Hybrid 124 and Hybrid “A” tobaccos.

The Davidoff Mundano was released in one size – a 6 x 52 Toro. The cigar is sold in ten-count bundles.

The Dominican wrapper of the Davidoff Mundano had a dark caramel color to it. There was a slight amount of oil on the surface. The wrapper seams were well hidden. While there were a few prominent visible veins, I still considered the Davidoff Mundano to have a relatively smooth surface.

There are two bands on the Davidoff Mundano. The first band is similar to the classic Davidoff White label. It features the name “Davidoff” in classic cursive gold-colored font on an oval field of white. There are small gold circles going around the perimeter of the oval. The word “GENEVE” (in gold font) flanks to the right of the oval field. To the left of the oval, is the text “TORO” in gold font.

The secondary band is similar to the design of the one found on the Davidoff Master Selection Series. This is a band that is also white. There is a black pinstripe near the top of the band, as well as one toward the bottom of the band. On the center is the text “MUNDANO” – also in black font. On the right side of the band is what appears to be Eladio Diaz’s signature in blue font.

A straight cut was used to commence the smoking experience of the Davidoff Mundano. Once the cap was clipped, I moved on to the pre-light stage. The dry draw delivered mostly a combination of wood and earth notes with a touch of cocoa. I considered this to be a satisfactory pre-light draw. At this point, it was time to light up the Davidoff Mundano and await what the smoking stage would have in store.

The combination of wood, earth, and cocoa continued once the Davidoff Mundano was lit up. The wood and earth notes moved to the forefront. The cocoa settled in the background and was immediately joined by a slight black pepper note. There was also an additional layer of black pepper on the retro-hale.

The second third of the Davidoff Mundano saw the earth and hay continue to be the primary notes. The cocoa notes still made an appearance in the forefront, but these became less frequent as the cigar experience progressed. During this stage, the pepper notes started to increase.

The final third saw some natural tobacco notes with a bitter component join the earth and hay. The pepper notes stopped increasing in intensity and remained a secondary note. There were also still notes of wood and cocoa present in the background as well. This is the way the Davidoff Mundano came to a close. The resulting nub was cool in temperature and slightly soft to the touch.

The Davidoff Mundano had no trouble maintaining a straight burn path. The actual burn line had its wavy and jagged moments, but these were easily remedied with some touch-ups. The resulting ash was on the firm side with a salt and pepper complexion. Meanwhile, the burn rate and burn temperature were both ideal. 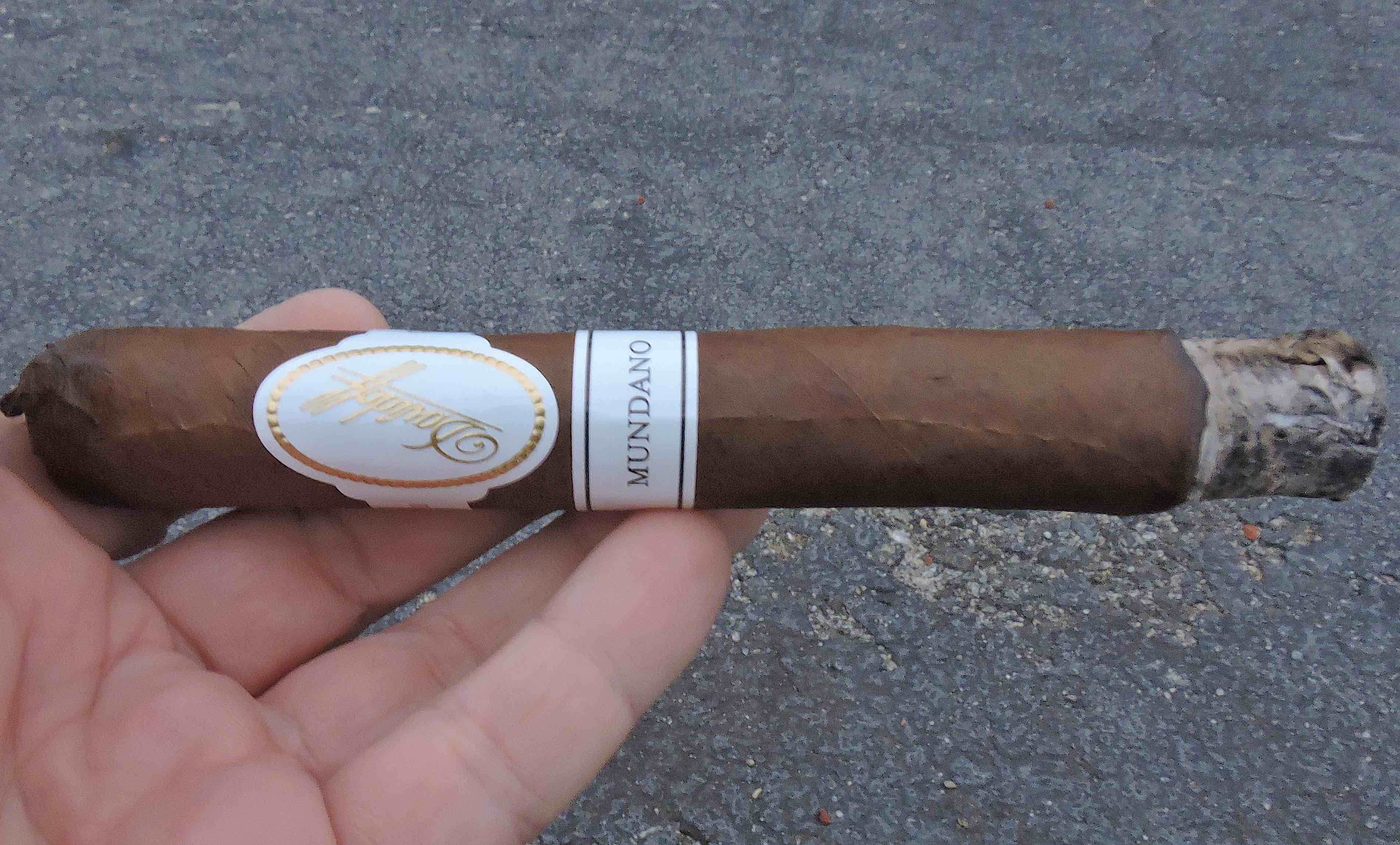 Burn of the Davidoff Mundano

The draw to the Davidoff Mundano performed very nicely. It struck a nice balance between openness and resistance. As a result, it is not difficult to derive flavor from the Mundano.

When it came to strength versus body, I found both attributes balanced each other very nicely with neither overshadowing the other.

One footnote on the Davidoff Vault series: While I like the fact Davidoff has come up with a program to re-release some of these limited lost releases from the past, I’m just not sure I like the mechanism. The company has adopted an agile-model releasing these cigars. It’s a combination of direct to consumer and limited releases to retailers. It seems to be following a model much like Lost & Found does. To me, I don’t think it works with a super premium brand like Davidoff White Label. Many Davidoff Appointed Merchants have told me they find these releases confusing. That concerns me because I look to Davidoff Appointed Merchants to be an expert purveyor of Davidoff product and many just don’t know a lot about these products. On top of that, the Appointed Merchants are competing with a direct to consumer model.

That being said, my thoughts of the distribution model do not affect the outcome of the performance of the cigar. I found this to be a very nice offering by Davidoff. At times the black pepper and hay reminded me of a classic Davidoff. Other times, the presence of the cocoa notes gave this cigar more of a contemporary feel. I liked how this cigar built up in strength and body along the way. It’s a cigar I’d recommend to a more seasoned cigar enthusiast, but I wouldn’t discourage a novice from trying one. At $32.00, this is not an inexpensive offering, but it’s still worthy of picking one up (if you can find it) to smoke.