Agile Cigar Reviews are cigar assessments where we use a lightweight, shorter format. These will never take the place of our comprehensive reviews. They are only used on blends we have previously assessed. This might be a blend we are re-scoring or giving a score for the first time. It might be a blend we are looking at in a different size. Today we look at the RoMa Craft Tobac Neanderthal OM size. This is a cigar we have assessed several times in the past, most recently back in February 2017 in the SGP size. 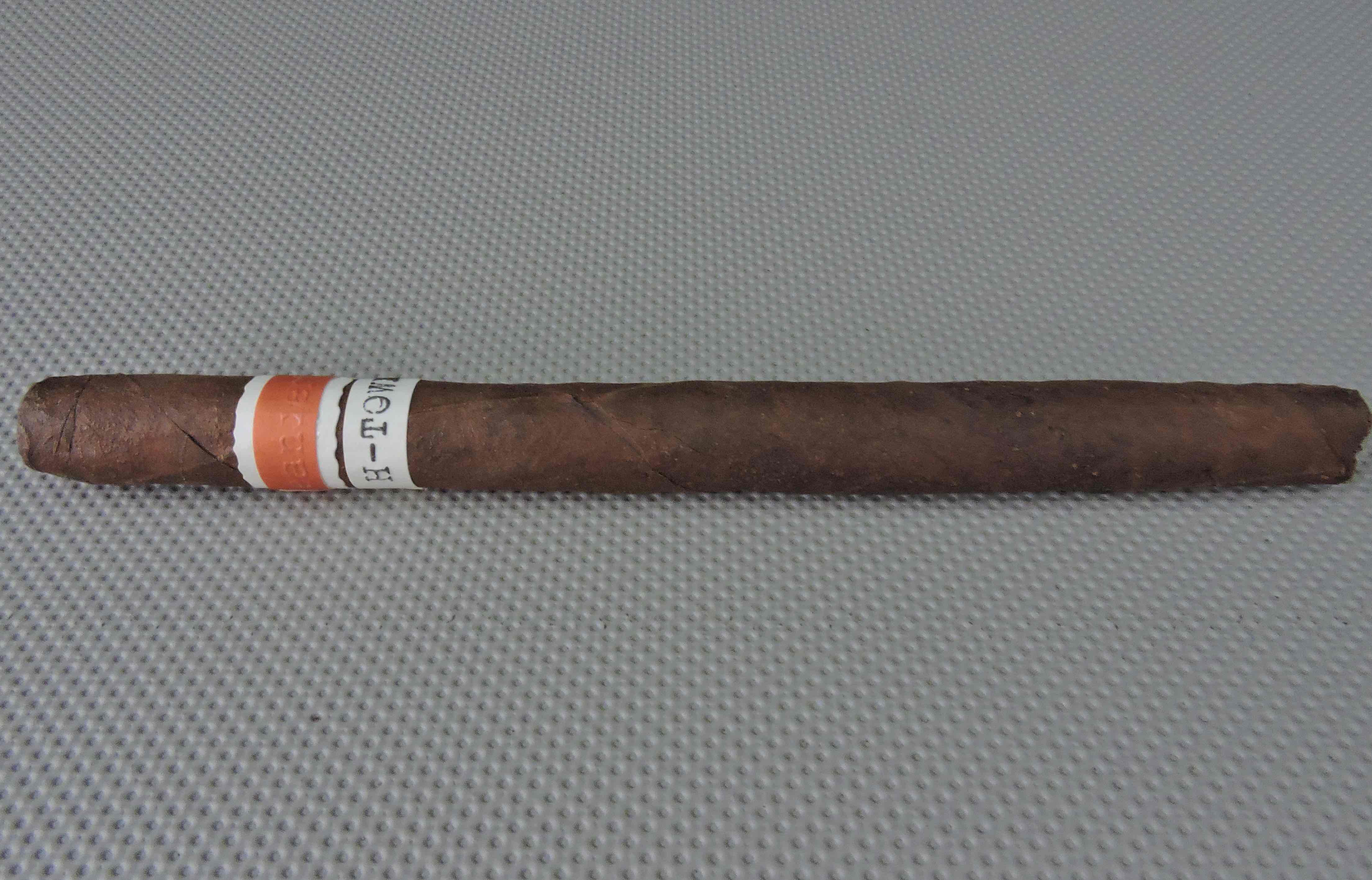 In 2016, RoMa Craft Tobac introduced a traditional 7 x 38 lancero size to its Neanderthal line. The cigar would have an exclusive release to Stogies World Class Cigars  known as the Neanderthal OM H-Town Lancero. Stogies World Class Cigars owner Jorge Ahued has an affinity for lanceros and over the years he has commissioned various manufacturers and brands to produce limited production lancero-sized offerings to be sold in his store. RoMa Craft Tobac would join what is becoming an exclusive club with its Neanderthal OM. Today we look at the Neanderthal OM H-Town Lancero. This is a cigar acquired ten months ago by Cigar Coop.

Neanderthal first hit the market in 2015 and it is a regular production line of full strength, full-bodied offerings. The key to Neanderthal’s power is the incorporation of a Pennsylvania Double Ligero leaf in the filler known as Green River Valley Sucker One (GR-S1). This is a regrowth leaf from Pennsylvania broadleaf that has a naturally high nicotine level (between 9% to 13% – significant higher than the 5% – 6% found in Estelí Ligero). The remainder of the filler consists of Nicaraguan tobacco from Condega, Jalapa, Pueblo Nuevo, and Estelí) as well as Olor from the Dominican Republic. A U.S. Connecticut Broadleaf binder is also used and the cigar is finished with a San Andres Maduro wrapper.

Perhaps the biggest surprise about this cigar was the intensity level. I didn’t find the OM to deliver the same level of punch that its siblings the HN, HoxD and SGP sizes did. I assessed the OM as a cigar on the upper end of medium to full for both strength and body.

There is a tendency among cigar connoisseurs to embrace the lancero as the best size to smoke. This is something I don’t subscribe to. On its own, Neanderthal OM H-Town Lancero is a very good cigar that scores and rates very well. At the same time, it is going up against some stiff competition in the Neanderthal line – and I felt the Neanderthal OM falls short when up against size like the HN, HoxD, and SGP sizes.  While there is less strength and body, this still is a cigar on the upper end of medium to full for both attributes, so I’d still steer this cigar to a more seasoned cigar enthusiast. As for myself, this is a cigar I would smoke again – and buy multiples to keep in the humidor.