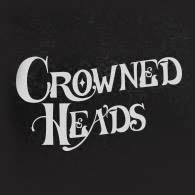 Mule Kick is an LE that holds a special place in all our hearts,” commented Crowned Heads co-founder Jon Huber in a press release. “We’re always looking towards not necessarily re-inventing the wheel, but how can we innovate and improve upon existing ideas. I’ve always maintained that Ernie (Ernesto Perez-Carrillo Jr.) is the master of Sumatra wrapper and once we smoked the samples, we immediately knew that the Sumatra wrapper added another dimension of flavor and layer of complexity to the Mule Kick blend.”

The remainder of the blend consists of Nicaraguan tobaccos that are a slightly modified blend of the original Crowned Heads Four Kicks Mule Kick 2012 release.

The cigar will be a 5 7/8 x 52 Toro release presented in ten-count boxes. Production is limited to 2,500 boxes. As with previous Mule Kick releases, the cigar is produced at Perez-Carrillo’s Tabacalera La Alianza in the Dominican Republic.