Agile Cigar Reviews are cigar assessments where we use a lightweight, shorter format. These will never take the place of our comprehensive reviews. They are only used on blends we have previously assessed. This might be a blend we are re-scoring or giving a score for the first time. It might be a blend we are looking at in a different size. Today we look at the 2012 by Oscar Barber Pole. This is a cigar we have assessed back in back in January 2018. 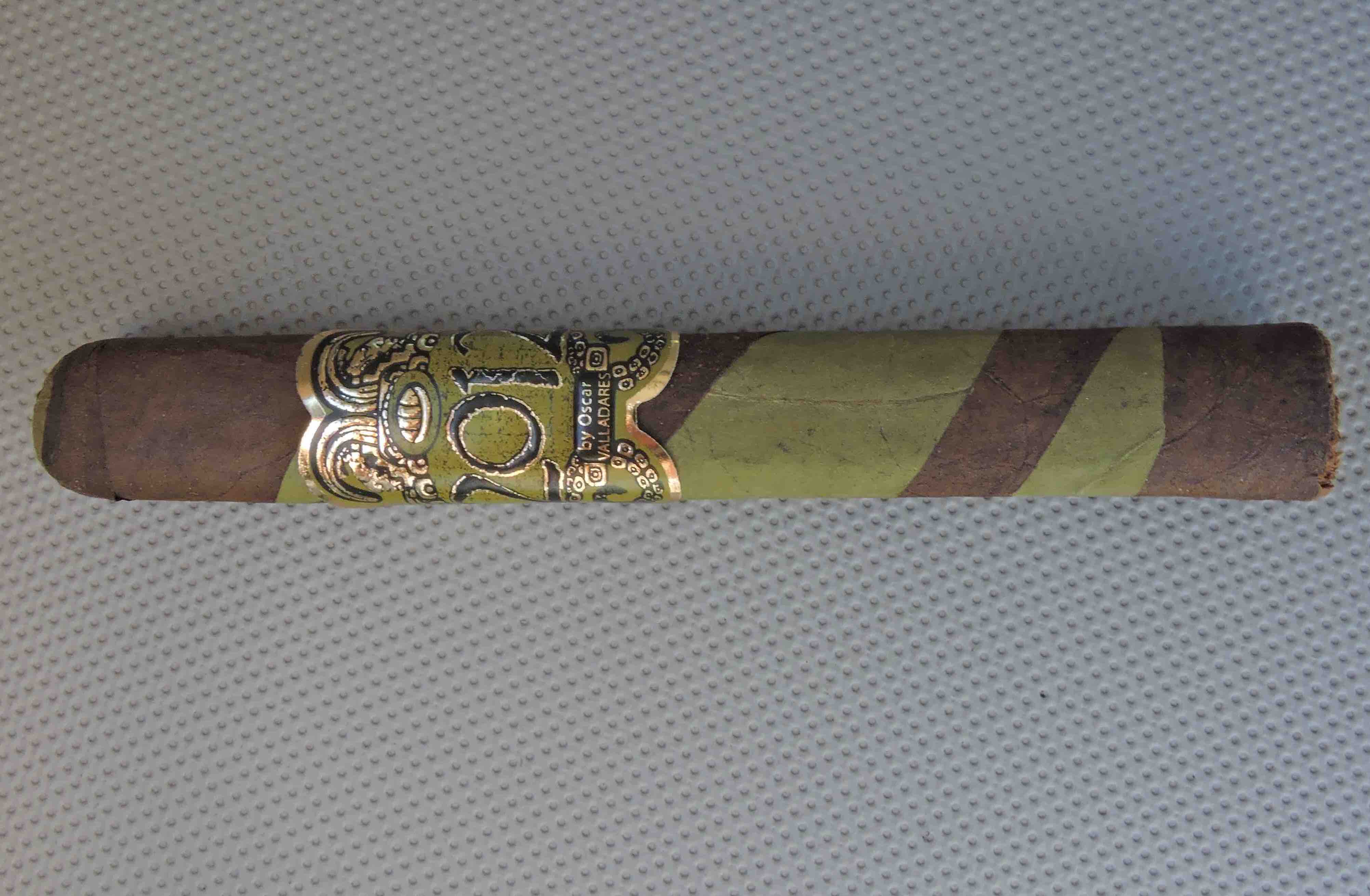 Late in 2017, Oscar Valladares Tobacco & Co released a fourth blend under its 2012 by Oscar line in a barber pole. The cigar barber pole featured a maduro wrapper intertwined with a candela wrapper in a box-press format. While there have been both candela barber poles and box-pressed candelas before, this was a rare case when both worlds came together. The cigar was released as the 2012 by Oscar Barber Pole, an exclusive to The Cigar Shop retail stores located in North and South Carolina for one year.  Last year Oscar Valladares & Co expanded distribution nationally. Today we take a look at the 2012 by Oscar Barber Pole from the recent national release.

In addition to the candela wrapper, the 2012 by Oscar Barber Pole uses a Mexican San Andres wrapper for the maduro component. The two wrapper leaves are intertwined in a barber pole format over a Nicaraguan binder and a combination of Honduran and Nicaraguan filler.  The barber pole is also unique in that while most barber poles are twisted in a symmetrical manner providing equal spacing around the cigar, the 2012 by Oscar Barber Pole twists the wrappers in an asymmetrical manner providing a variance in spacing around the cigar. Consistent with the rest of the 2012 by Oscar line, the cigars are finished in box-pressed 6 x 52 Toro format.

While the blend is the same for the national release of the 2012 by Oscar Barber Pole, the footer band that was used for The Cigar Shop’s exclusive release was removed.

The start of the 2012 by Oscar Barber Pole delivered a mix of grass, coffee, and white pepper. The coffee and grass notes varied in intensity as I would expect from this cigar. There was also a maduro sweetness present (that I consider a fusion of natural tobacco and dried fruit).  As the cigar moved through the first third, the coffee notes became more prominent  – emerging as the primary flavor. By the middle of the cigar, there was a subtle mesquite-like smokiness that also emerged. The final third saw a slight increase in the pepper notes.

Throughout the smoking experience, I found this cigar delivered a medium strength, medium-bodied smoke. Strengthwise, I found the 2012 by Oscar Barber Pole on par with my previous experience. The body was slightly dialed-back compared to when this cigar was assessed last year.

As I said when I first assessed the 2012 by Oscar Barber Pole, I found the flavor profile to be as unique as the cigar itself. It’s a cigar that doesn’t deliver only touches of, nor overpower you with, candela grassiness. Instead it falls somewhere in the middle. Toward the end, I did find the flavors were slightly muddled, but this is a case where the pluses far outweigh the minuses. Valuewise, it’s a great cigar you can get for under $9.00.  It’s a cigar I could recommend to any enthusiast, even if one might not usually gravitate to candelas. It’s a cigar I would smoke again – and its one that garners box worthy consideration.