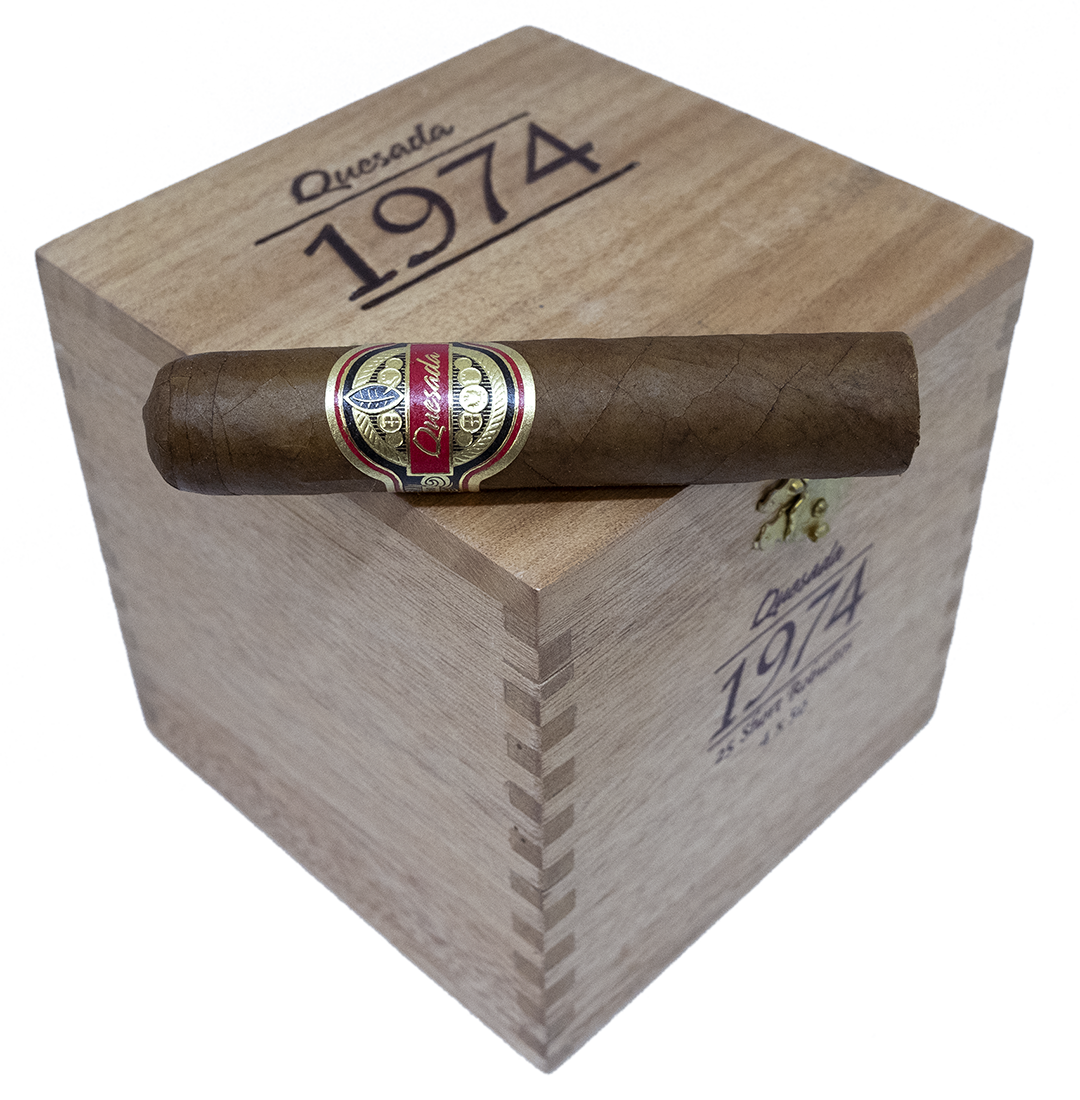 Next week, the Dominican Cigar community holds its annual ProCigar festival. Once again, Quesada Cigars will use the event to showcase a signature release for the year. This year, Quesada will unveil Quesada 1974. It’s a cigar that pays homage to the year the company first started producing Dominican cigars, 45 years ago.

The blend for the Quesada 1974 features an Ecuadorian wrapper over a Dominican binder and a combination of Dominican and Nicaraguan fillers. The cigar will be available in four vitolas: Short Robusto, Robusto, Corona, and Lancero. Each is presented in 25-count boxes.

As for the launch schedule for the Quesada 1974, it is scheduled to first be released in Spain. Cigar Aficionado is reporting that Quesada Cigars is planning on a launch for the U.S. market later this year at the 2019 IPCPR Trade Show in Las Vegas scheduled to open June 28 in Las Vegas. A special edition box will be presented when the cigar makes its debut at ProCigar

“This project truly embodies, in my opinion, our heritage and history. A cigar and a presentation that will speak for itself. I hope many of the cigar enthusiasts enjoy it as much as I do,” said Manuel Quesada, President of Quesada Cigars.

Quesada Cigars is known to use the ProCigar festival to do a major release, although last year the company chose not to do so.