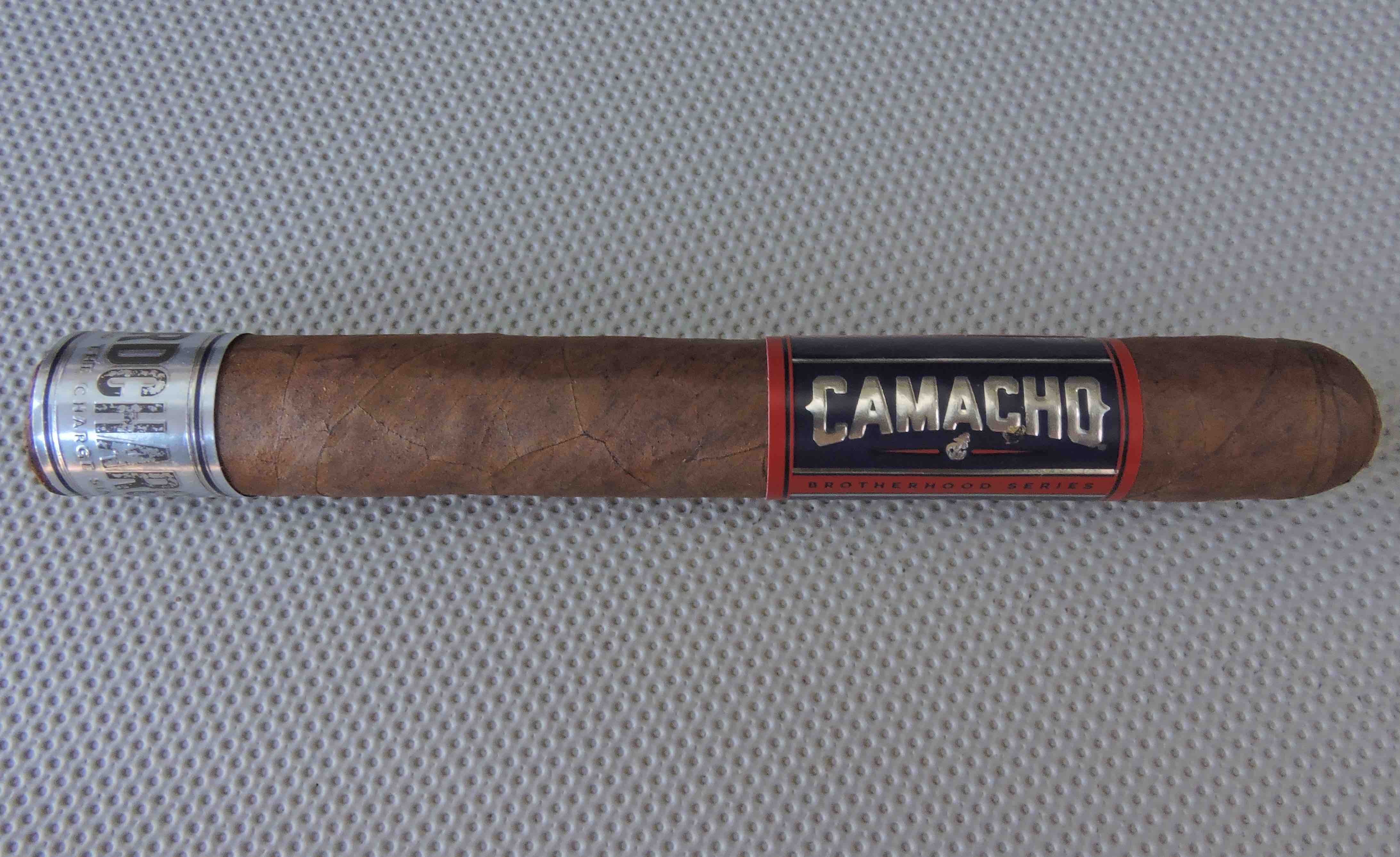 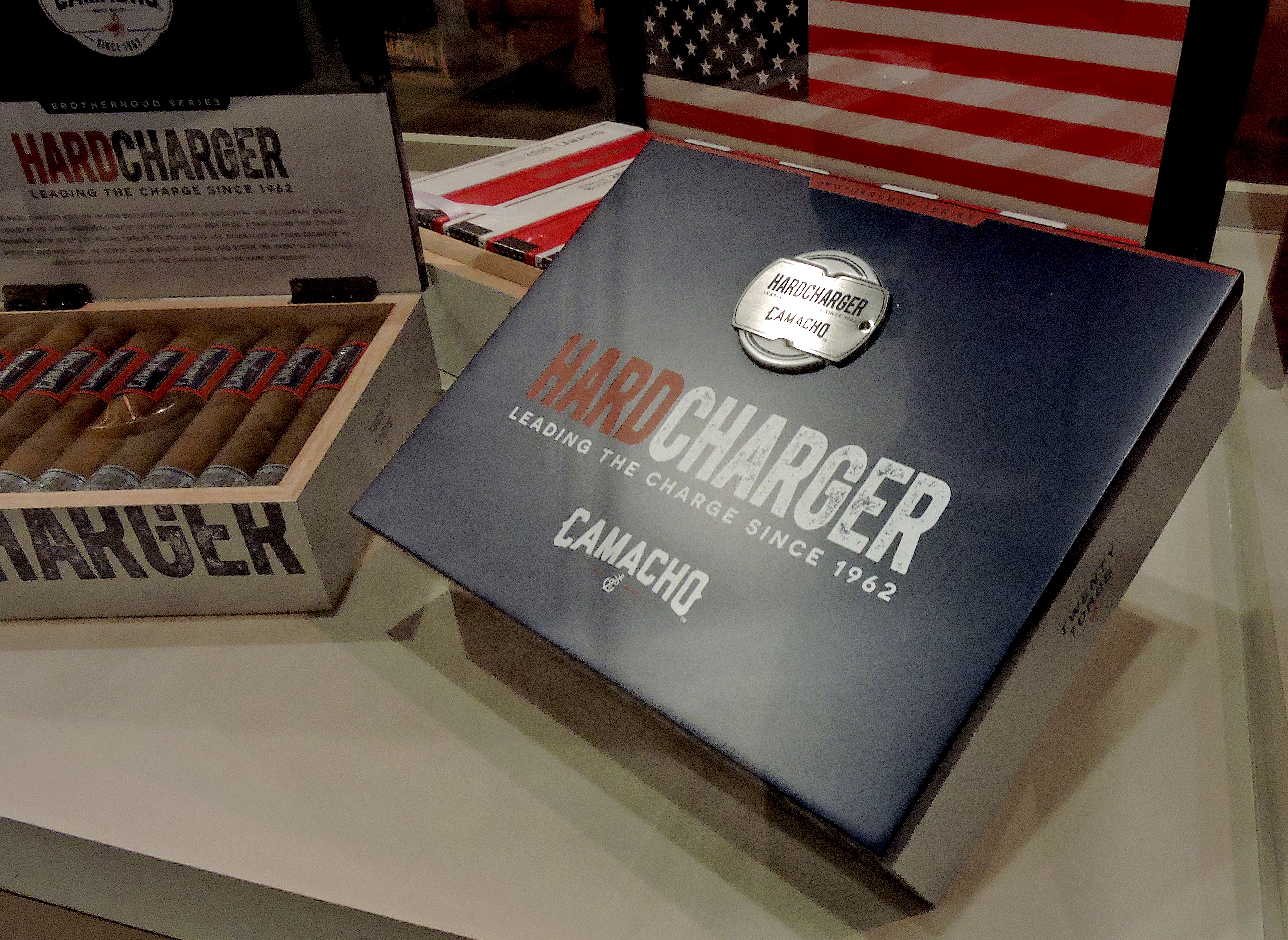 Packaging for the Camacho Hard Charger

Without further ado, let’s break down the Camacho Hard Charger and see what this cigar brings to the table.

In addition to the Connecticut Broadleaf wrapper, the remainder of the blend uses Original Corojo tobaccos. The cigar was produced in Honduras at Camacho’s Diadema Cigars de Honduras SA facility.

The Camacho Hard Charger was produced in one size – a 6 x 50 Toro. The cigars were presented in 20-count boxes. Each box features\d a collectible dog-tag on the lid. A total of 1,500 boxes were produced. 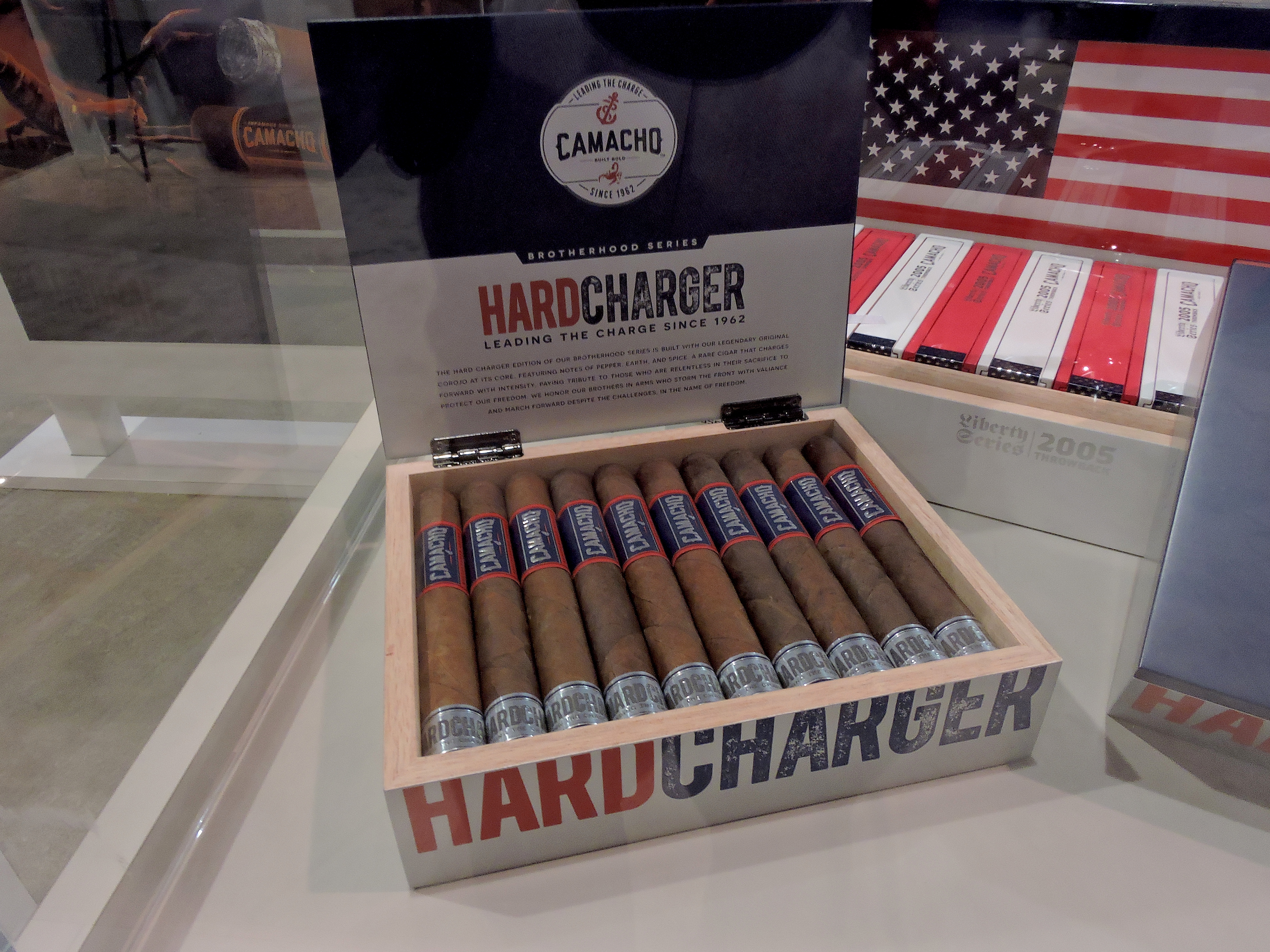 The Connecticut Broadleaf wrapper of the Camacho Hard Charger has a roasted coffee bean color. Upon closer examination, there was some mottling that could be seen on the surface. The wrapper was on the smoother side. Any visible veins were on the thin side, and the darker color of the wrapper did a good job at hiding the wrapper seams.

The primary band has a mostly blue and red color scheme. The Camacho bands tend to be busy and the Camacho Hard Charger primary band is no exception. Scrolling (downward) around the band are the following sections.

There is also a secondary band by the footer. It is metallic silver in color with the text “etched” “HARD CHARGER” and  “LEADING THE CHARGE SINCE 1962”.

Prior to lighting the Camacho Hard Charger, a straight cut was used to remove the cap. From that point, it was time to commence with the pre-light draw. The dry draw delivered notes of cocoa, cream, wood, and a slight spice note. After what was a satisfying pre-light draw experience, it was time to remove the footer band, light up the Camacho Hard Charger, and move into the smoking phase.

During the second third of the Camacho Hard Charger, the wood notes morphed into more of a cedar sweet-spice. These notes increased in intensity. By the midway point of the Camacho Hard Charger, the cedar was on par with the berry. When the latter part of the second third was reached, the cedar took over as the primary note. The berry notes joined the chocolate malt and pepper notes in the background.

By the final third the cedar notes remained primary. The pepper notes had now made their way closer to the forefront. Meanwhile, the berry and chocolate malt notes remained more distant. This is the way the Camacho Hard Charger came to a close. The resulting nub was slightly soft to the touch and cool in temperature.

The burn of the Camacho Hard Charger scored very nicely.  This is a cigar that maintained a straight burn path from start to finish. The burn line had a slight curvature from time to time, but this didn’t warrant any additional touch-ups above the norm. The resulting ash was tight and firm with a light gray color. The burn rate and burn temperature were both ideal. 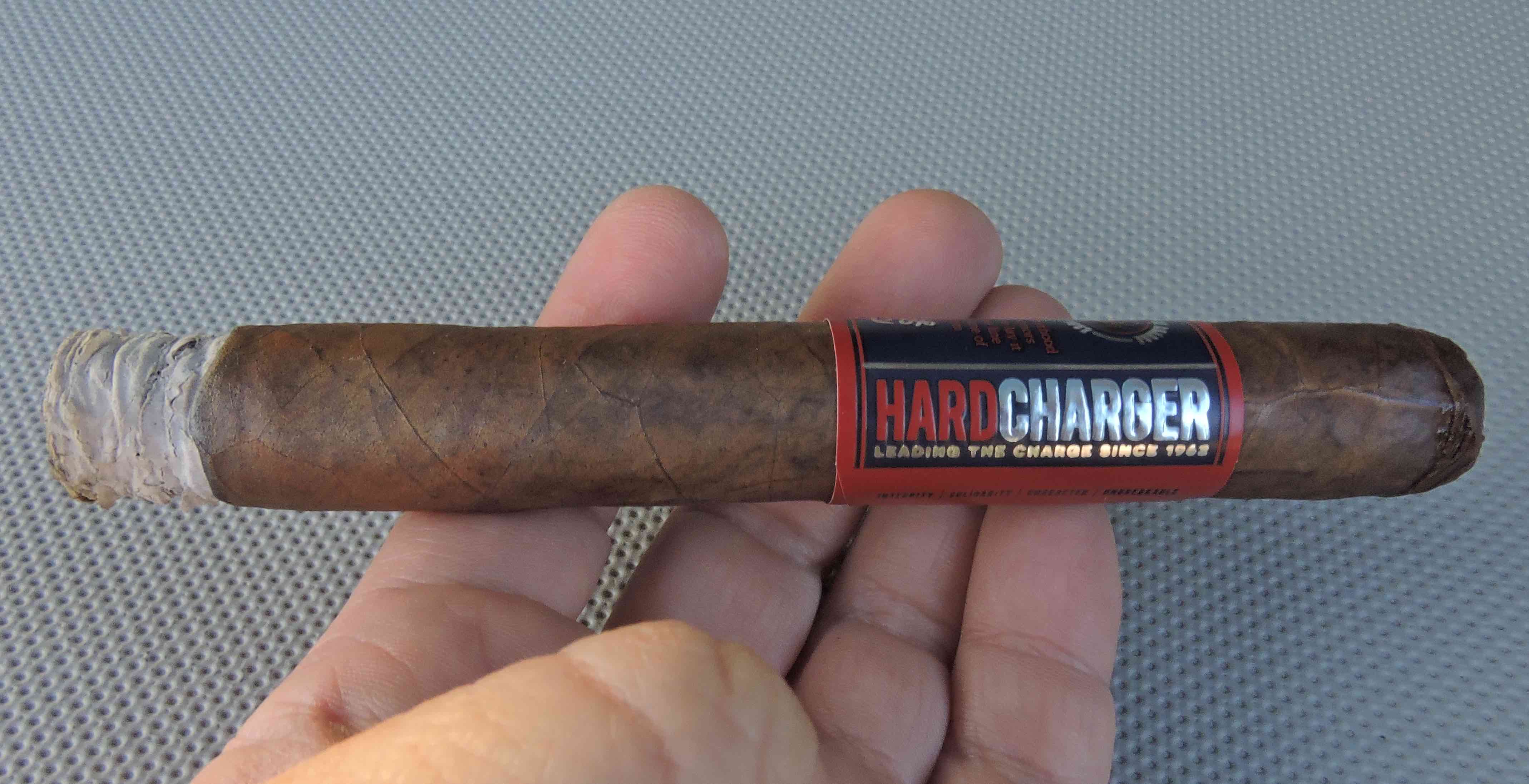 Burn of the Camacho Hard Charger

The draw to the Camacho Hard Charger also scored very nicely. This draw had a touch of resistance – which is something I consider ideal. At the same time, this was a low maintenance cigar to derive flavor from.

The Camacho Hard Charger is a cigar that started out with medium strength and medium body. During the first half, both attributes increased in intensity as the cigar experience progressed. The strength would cross into medium to full territory by the second half. The body increased at a more rapid rate – becoming medium to full by the second third. During the second half, the increase in intensity of both attributes leveled off.

As mentioned there aren’t a lot of Broadleaf releases from the brands of Davidoff, but when one is released it gets my attention. The Camacho Hard Charger delivered a very nice release. This cigar had a nice amount of complexity and certainly had a more unique flavor profile than most Connecticut Broadleaf releases. While I preferred the flavors of the first half of the cigar over the second half, there still was quite a bit to like about this cigar.

At $13.00 per cigar, this is going to be a pricier release. At the same time, it’s one I would still recommend to either an experienced cigar enthusiast or even a novice looking to graduate to something in the “medium plus” range. As for myself, this is a cigar I would purchase again.