Agile Cigar Reviews replace what we termed “Assessment Updates”. The concept is the same, but the name is different. Agile Cigar Reviews use a lightweight, shorter format. These will never take the place of our comprehensive reviews. They are only used on blends we have previously assessed. This might be a blend we are re-scoring or providing a score for a first time. It might be a blend we are looking at in a different size. Today we look at the Camacho American Barrel Aged Torpedo Largo. This is a cigar we previously did an assessment in the Toro size back in June 1, 2015. 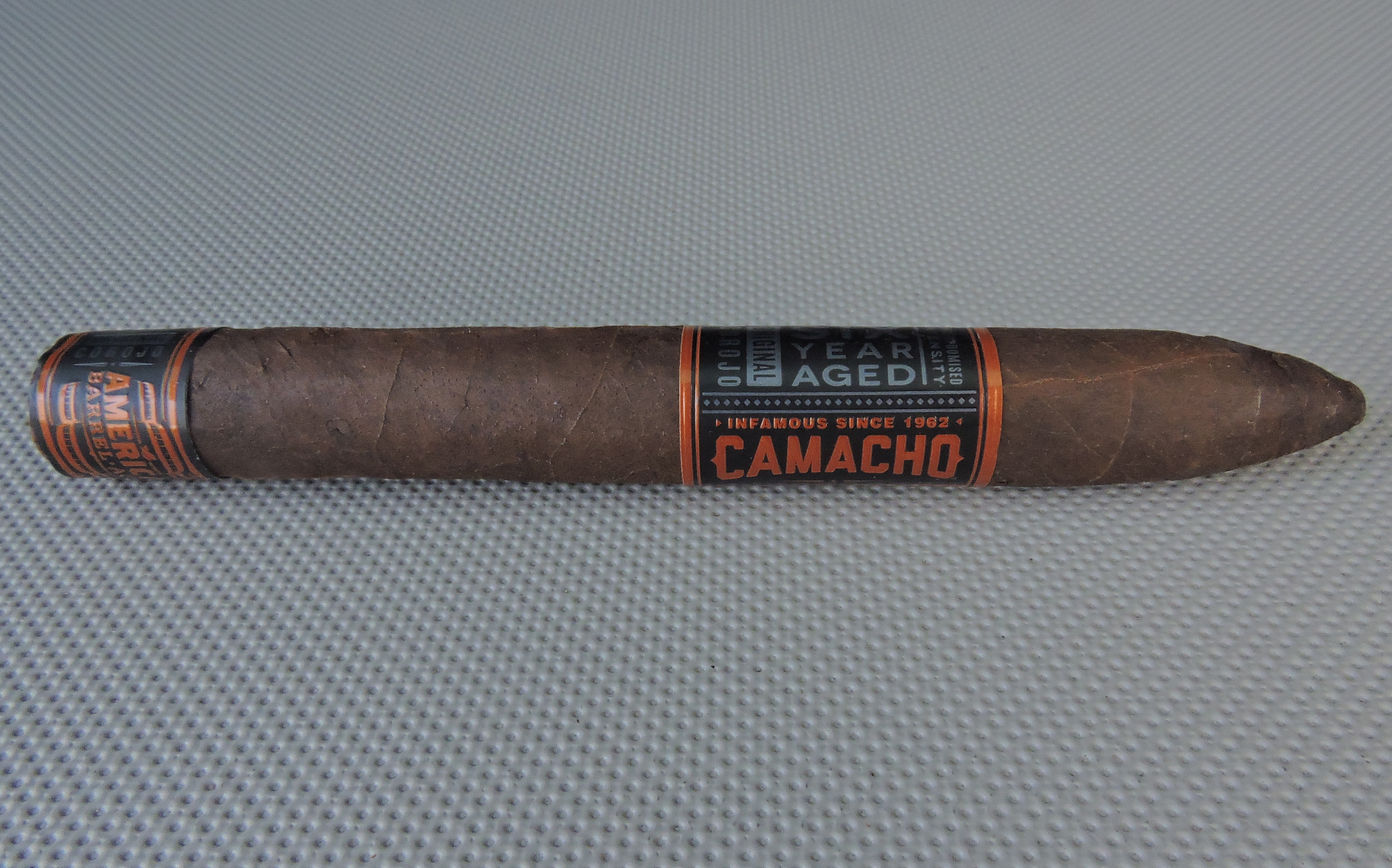 The Camacho American Barrel Aged is a very different cigar compared to previous releases by Camacho. For starters, it is made in the Dominican Republic as opposed to Honduras. However the real story of this cigar is the blend, which consists of mostly American (U.S. tobacco). What really sets this cigar apart is the incorporation of a six year old Honduran Corojo leaf aged in Kentucky bourbon barrels that is a part of the filler. The result is a cigar that has a flavor profile as unique as its architecture.  Last year, we took a look at this cigar in the Toro size, a cigar that landed on the Cigar Coop 2015 Cigar of the Year Countdown.  Today, we take a look at this cigar in the Torpedo Largo format.

Throughout the cigar experience of the Camacho American Barrel Aged Torpedo Largo, there was an underlying bourbon flavor that did not overpower the blend. This allows the complexity of this blend to shine. Along the way, I also picked up notes of charred wood, earth, pepper, cedar, and some signature corojo sweetness. The flavors complemented each other very nicely along the way. The only negative was that I did find the late stages of the cigar had some harshness, but that also became a signal to put down the Torpedo Largo.

Compared to the parejo, I also found the tapered tip of the Torpedo Largo to concentrate the flavors and add a little more weight to the body of this cigar. This resulted in a full-bodied cigar from start to finish. Meanwhile, the flavors are countered by medium to full strength.

Overall the Torpedo Largo is a great addition to the Camacho American Barrel Aged line. As I said with the Toro, this something I’d recommend to an experienced cigar enthusiast very open to trying something different. While it’s normally a cigar that is a little stronger than I would recommend to a novice, there is so much happening flavor-wise that I would still one to try it. The Torpedo Largo is certainly a cigar I’d pick up in the three pack, however if this vitola were sold in 20 count boxes, it’s certainly box worthy.