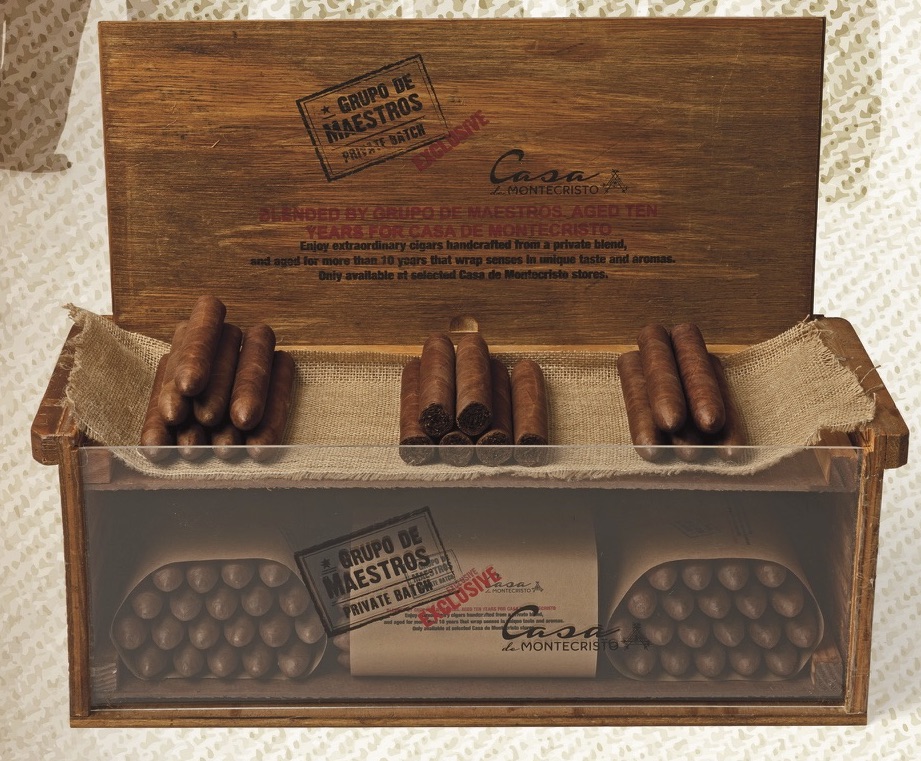 According to a press release, the Grupo de Maestros Private Batch is a Dominican puro that has been aging for the past ten years. It comes in one size – a 6 1/8 x 52 Belicoso. The cigars are packed in similar aging room chest boxes to what has been used on the other Private Batch releases. Given these are aged cigars, it’s described as a limited release. Production numbers were not announced.

The Grupo de Maestros team represents some of the most skilled cigar makers in the Tabacalera de Garcia and Flor de Copa factories. They have been involved in some high-profile Altadis releases. According to Altadis U.S.A., the group has more than 300 years of combined experience.

At a glance, here is a look at the  Grupo de Maestros Private Batch: