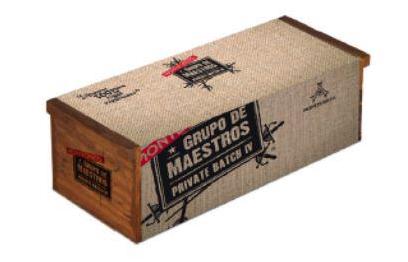 The cigars in the Private Batch series represent blends that the Grupo de Maestros created for the members’ own private consumption. Each year the blend and size has differed. The Private Batch IV marks the first time the cigar is a 100% Dominican puro in a 6 3/4 x 48 Churchill format. The cigars feature the line’s signature 100-count trunk boxes. Pricing is set at $16.50 per cigar.

At a glance, here is a look at the Montecristo Grupo de Maestros Private Batch IV: