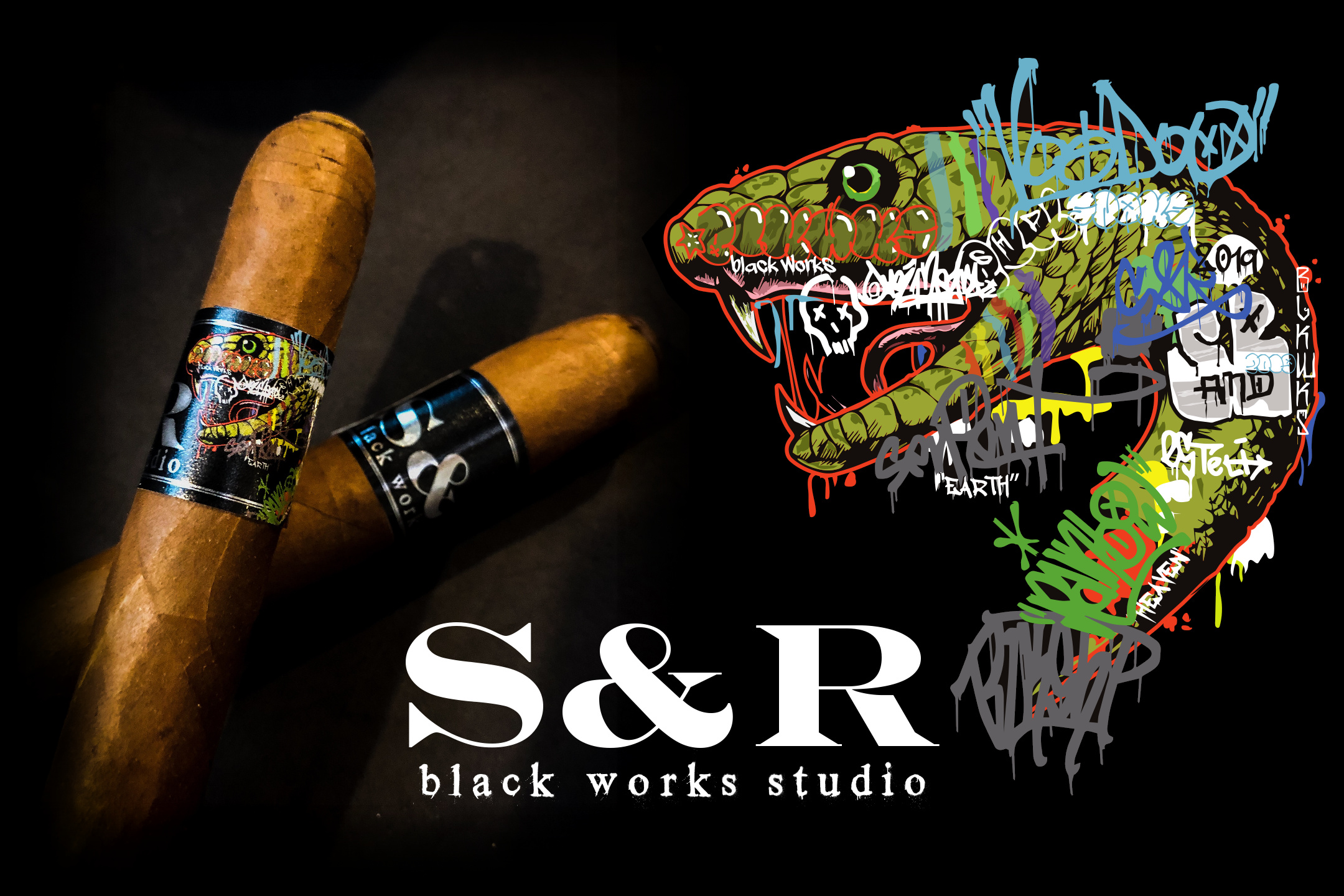 Black Works Studio has announced the return of the S&R, the company’s second release. S&R returns with the same sized Lancero and Corona Gorda releases as the 2018, but with one additional twist – literally. For 2019, a limited edition culebra will also be offered to select retailers. The small batch release of S&R is scheduled to hit retailers the week of April 15, 2019.

S&R was released in 2018. It is the first Sumatra blend by James Brown in his portfolio. The remainder of the blend consists of a Nicaraguan Habano binder and Nicaraguan and Dominican fillers. Each cigar is finished with a pigtail cap. Production is handled out of the company’s Fabrica Oveja Negra in Estelí, Nicaragua.

“We are very excited for the second release of S&R. This cigar represents the broad spectrum of cigars produced under the Black Works Studio line. It’s medium bodied with tons of complexity and the perfect amount of white pepper spice to let you know this is a BLK WKS cigar. The Nicaragua & Dominican blend is wrapped in a beautiful cafe colored Sumatra wrapper and topped with the S&R’s signature pigtail. This year, playing on the serpent theme we made a very limited number of Lancero Culebras, so keep your eye out for those!” said James Brown, creator of BLK WKS and partner at Fabrica Oveja Negra in a press release.

The 2019 release also features a slightly modified band design.  At a glance, here is a look at the Black Works Studio S&R 2019 release:

The Lancero and Corona Gorda sizes are presented in 20-count boxes. The Culebra is packaged in individual coffins.