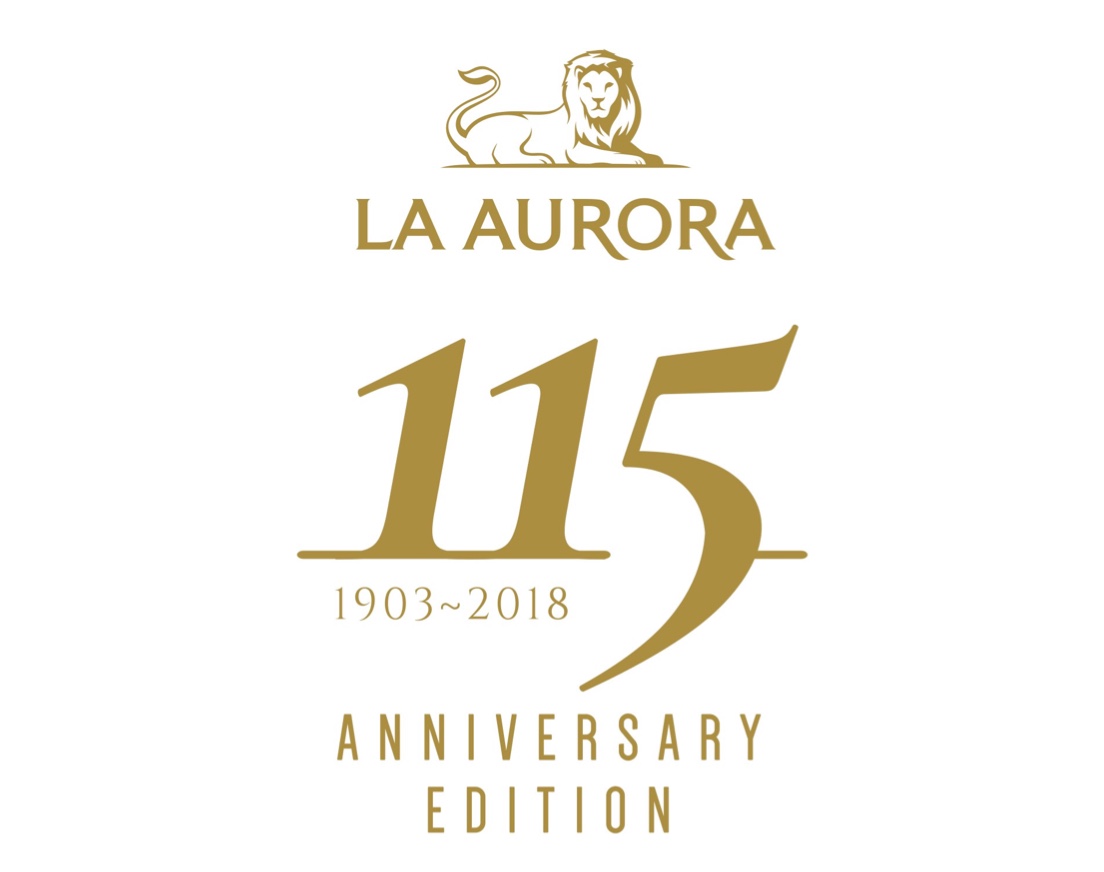 At the 2018 Inter-Tabac Trade Show, La Aurora Cigars debuted a line to commemorate 115 years in operation. The cigars are appropriately called the La Aurora 115th Anniversary. Now the two limited edition installments of the series are heading to distribution – the Belicoso and the Gran Toro.

Both 115th Anniversary Limited Edition Cigars consist of an Ecuadorian Corojo wrapper, a Dominican binder from the Cibao Valley, and a combination of fillers from the Cibao Valley and Brazil. The Belicoso measures 6 1/4 x 52 and is available in 15-count boxes. A total of 500 boxes have been made available for the U.S. market. Pricing is $18.67 MSRP. 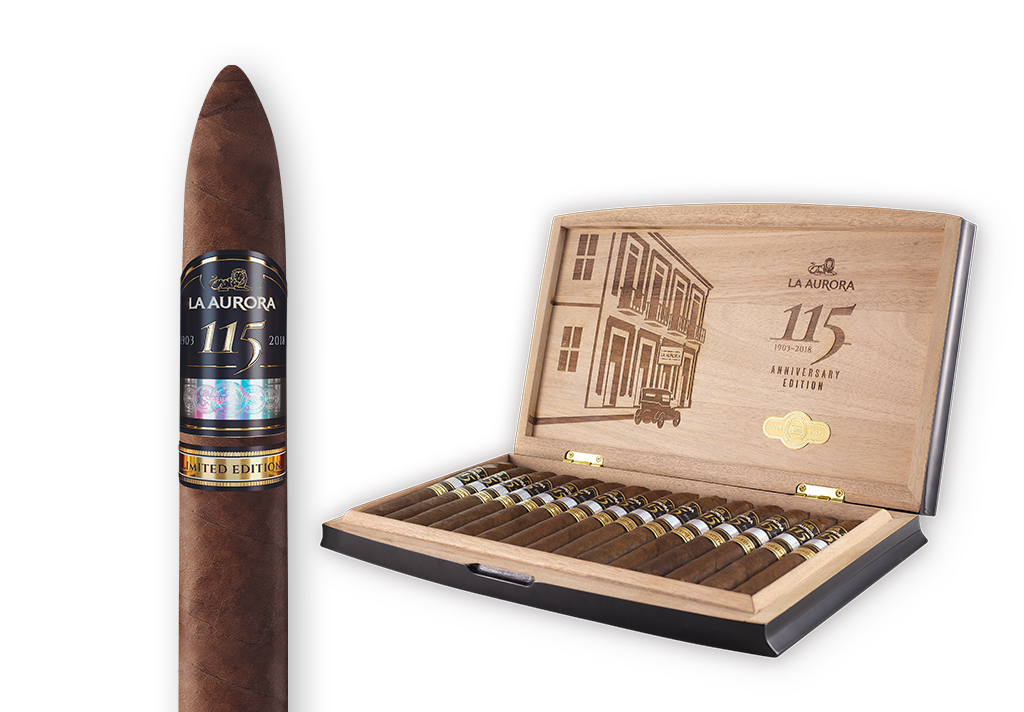 The Gran Toro measures.6 x 58. It has been made available in a commemorative jar. There are 30 cigars per jar with a total of 250 jars available for the U.S. market. Pricing is also set at $18.67 per cigar. 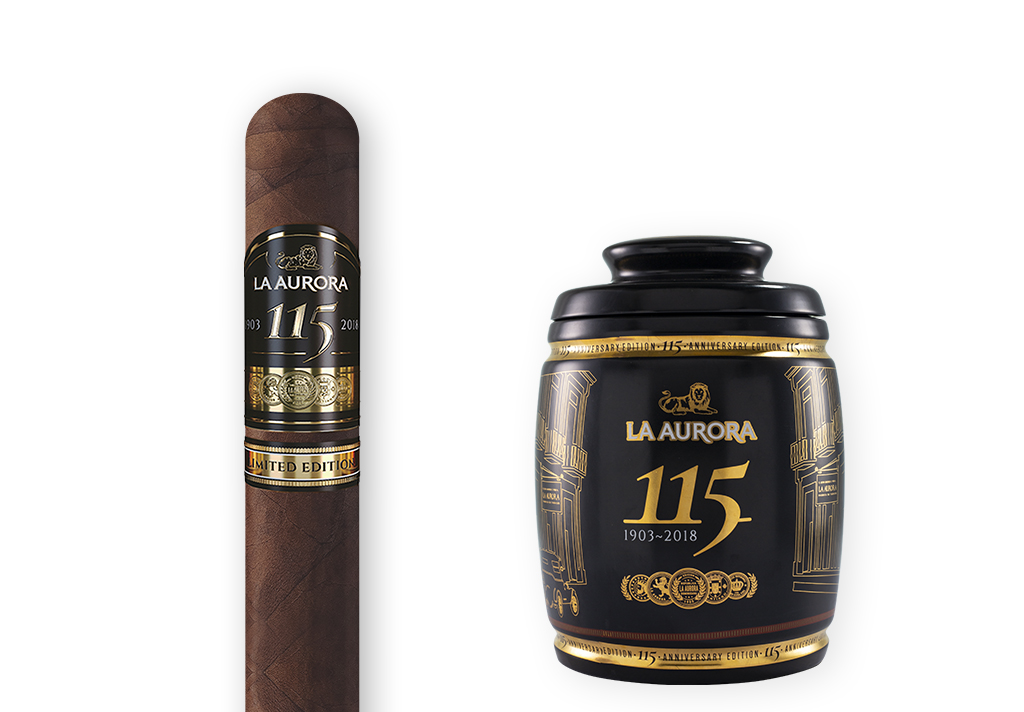 The banding of the Belicoso and Gran Toro differs slightly. The Belicoso has a holographic element on the band, while the Gran Toro has a gold element.

Meanwhile, there are also plans for a regular production line of the 115th Anniversary that use a different blend. La Aurora Cigars are distributed in the U.S. by Miami Cigar & Company.

At a glance, here is a look at the La Aurora 115h Anniversary Limited Edition releases: