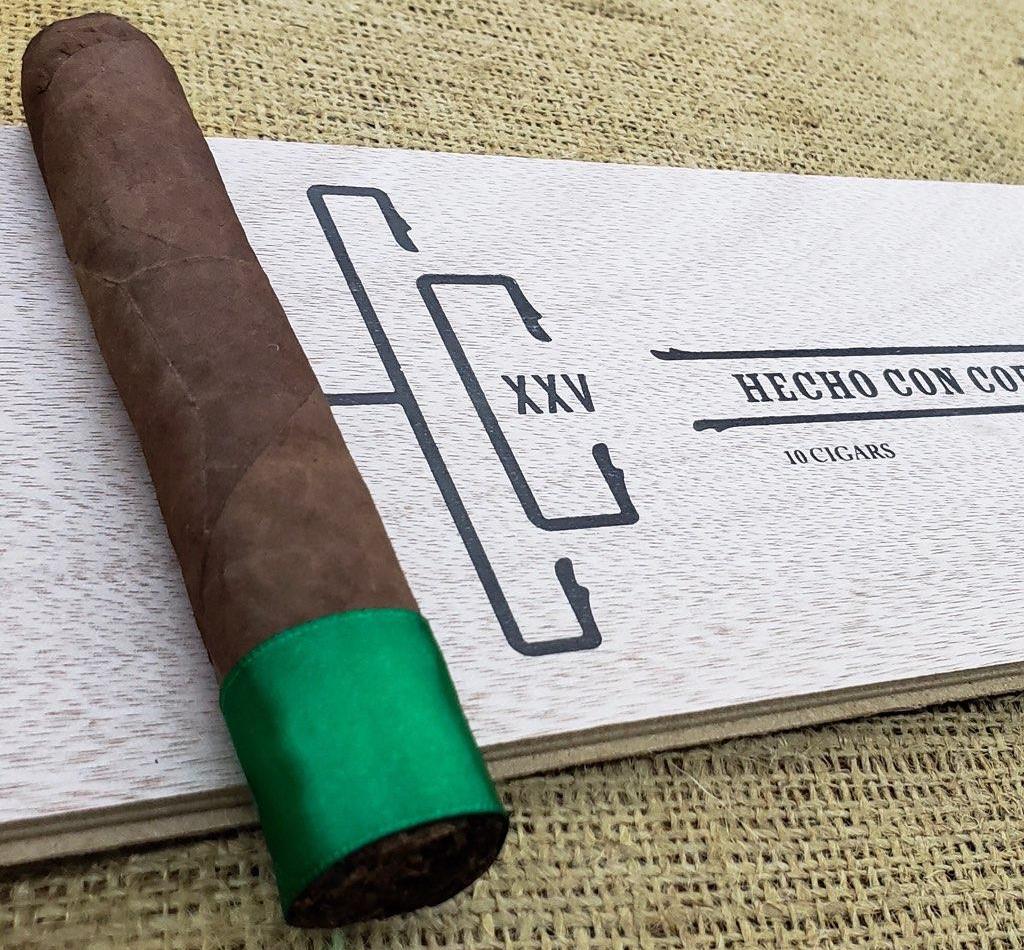 In 2014, the Hickory Cigar Club located in Hickory, North Carolina celebrated its 20th anniversary. As a part of the milestone, Crowned Heads created a limited edition exclusive cigar for the club known as the Hecho Con Corazon LE 2014 (translation “made with heart”). This year, the club is now celebrating its 25th anniversary and on May 15th, Crowned Heads will commemorate the occasion by releasing the HCC XXV LE 2019 to Hickory Cigar Club.

The cigar itself is a box-pressed 5 1/2 x 56 vitola. It will feature an Ecuadorian Sumatra wrapper over Nicaragua binder and filler. A total of 300 ten-count boxes have been produced. Pricing is set at $109.00. 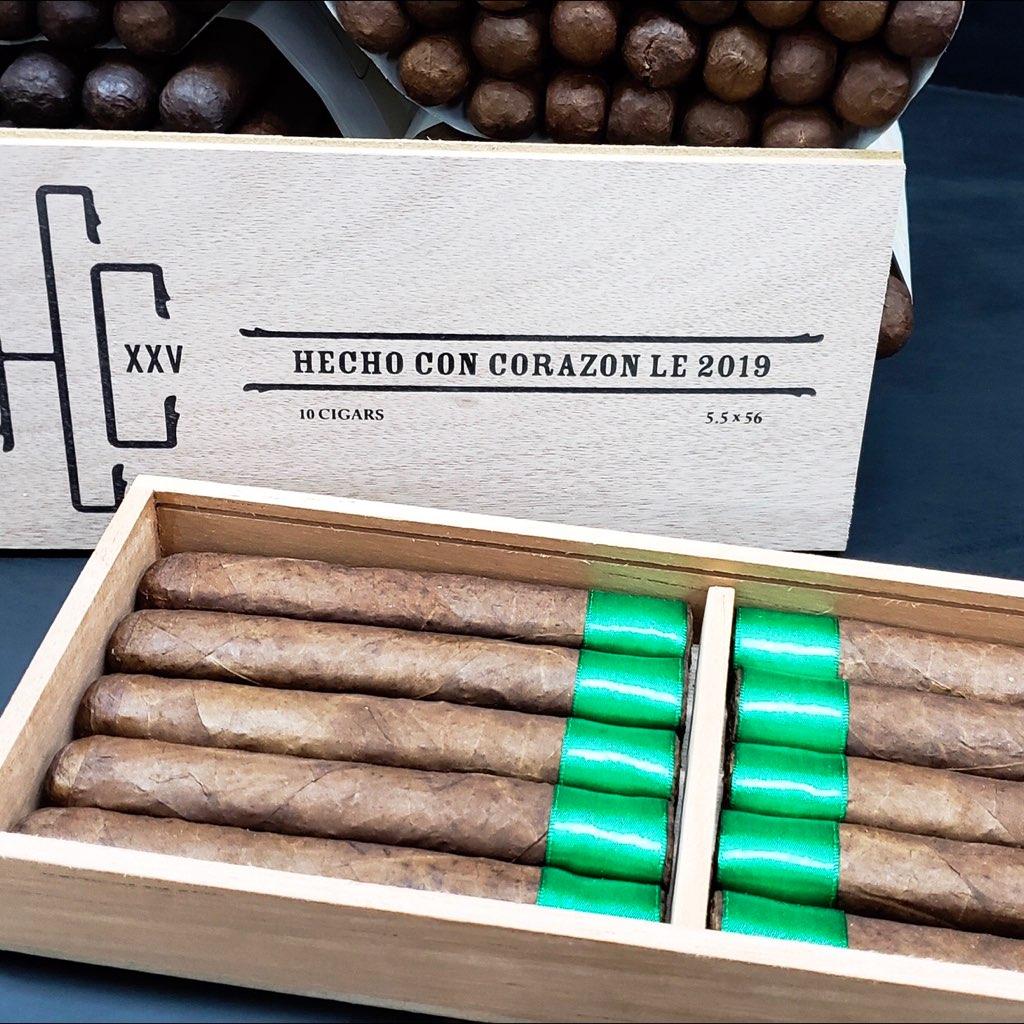 The HCC XXV is a different cigar made at a different factory than the original Hecho Con Corazon LE2014. HCC XXV is produced at Ernesto Perez-Carrillo Jr’s Tabacalera La Alianza, S.A in the Dominican Republic. The original Hecho Con Corazon LE 2014 was produced in Nicaragua at My Father Cigars S.A. and was a special 6 x 50 box-pressed size of the Las Calaveras Edicion Limitada 2014.

“When Craig Cass approached Mike (Conder) and I last year with the idea of creating a 25th Anniversary cigar,” commented Jon Huber, Crowned Heads co-founder in a press release, “we were excited for the opportunity, but we felt that rather than simply re-treading the 2014 blend we wanted to create something entirely new, unique, and exciting for the club. To do justice to one of the oldest active cigar dinner clubs in the country, we went straight to Ernesto and jumped in with both feet. We feel that the result is a top-notch expression of Sumatra (wrapper) leaf that is not only bold with excellent structure, but that retains the signature balance and complexity that Ernesto Perez Carrillo has become known for.” 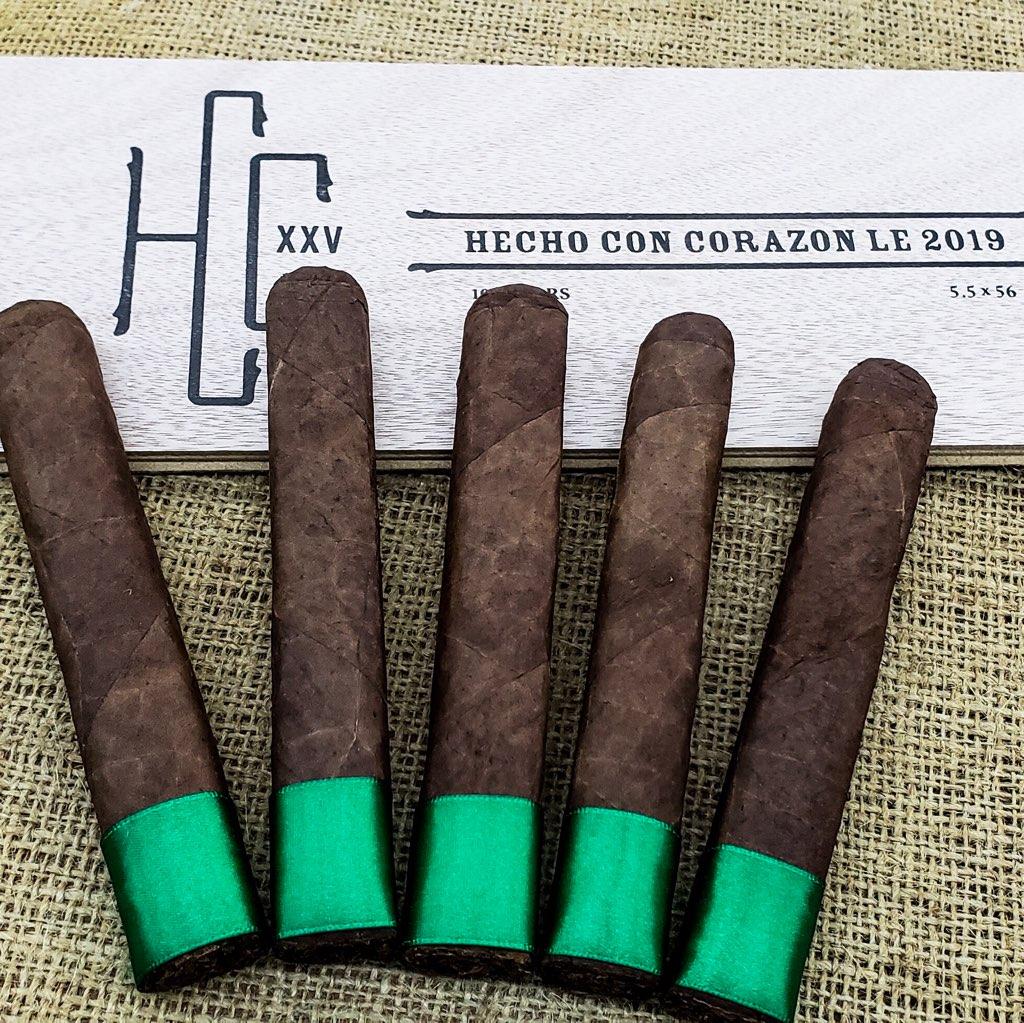 The cigars will go on sale at the Hickory Cigar Club 25th Anniversary Dinner on May 15 with the remaining inventory made available at Tinder Box Cigars’ South Park store in Charlotte, NC on May 17.