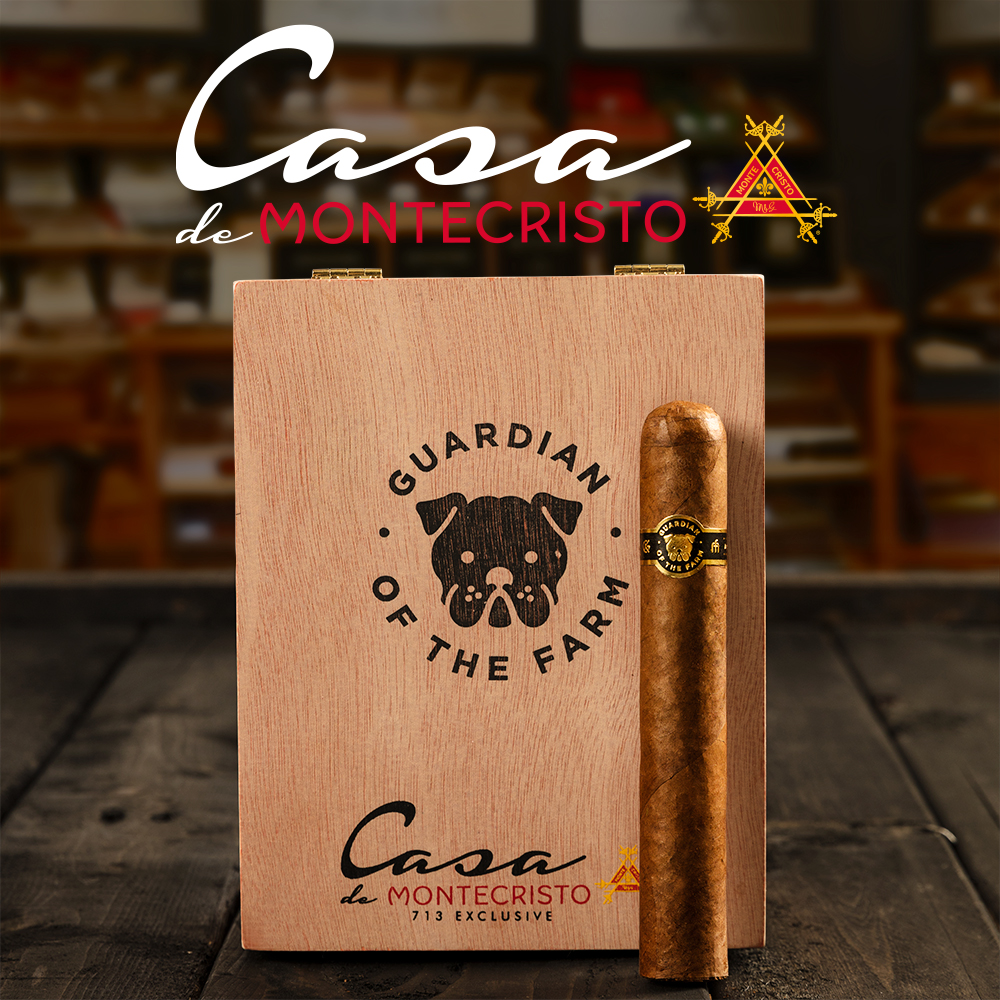 Casa de Montecristo has announced its Houston area stores will be the home to a limited edition 6 x 60 line extension line extension to Aganorsa Leaf’s Guardian of the Farm line known as Buster.

The cigar itself is a Nicaraguan puro sharing the same blend as the other vitolas released in the line. A total of 200 boxes of the Buster size have been produced. The cigars have been given the “713 Exclusive” signature on the packaging to denote its a Houston area exclusive. Pricing is set at $10.50 per cigar