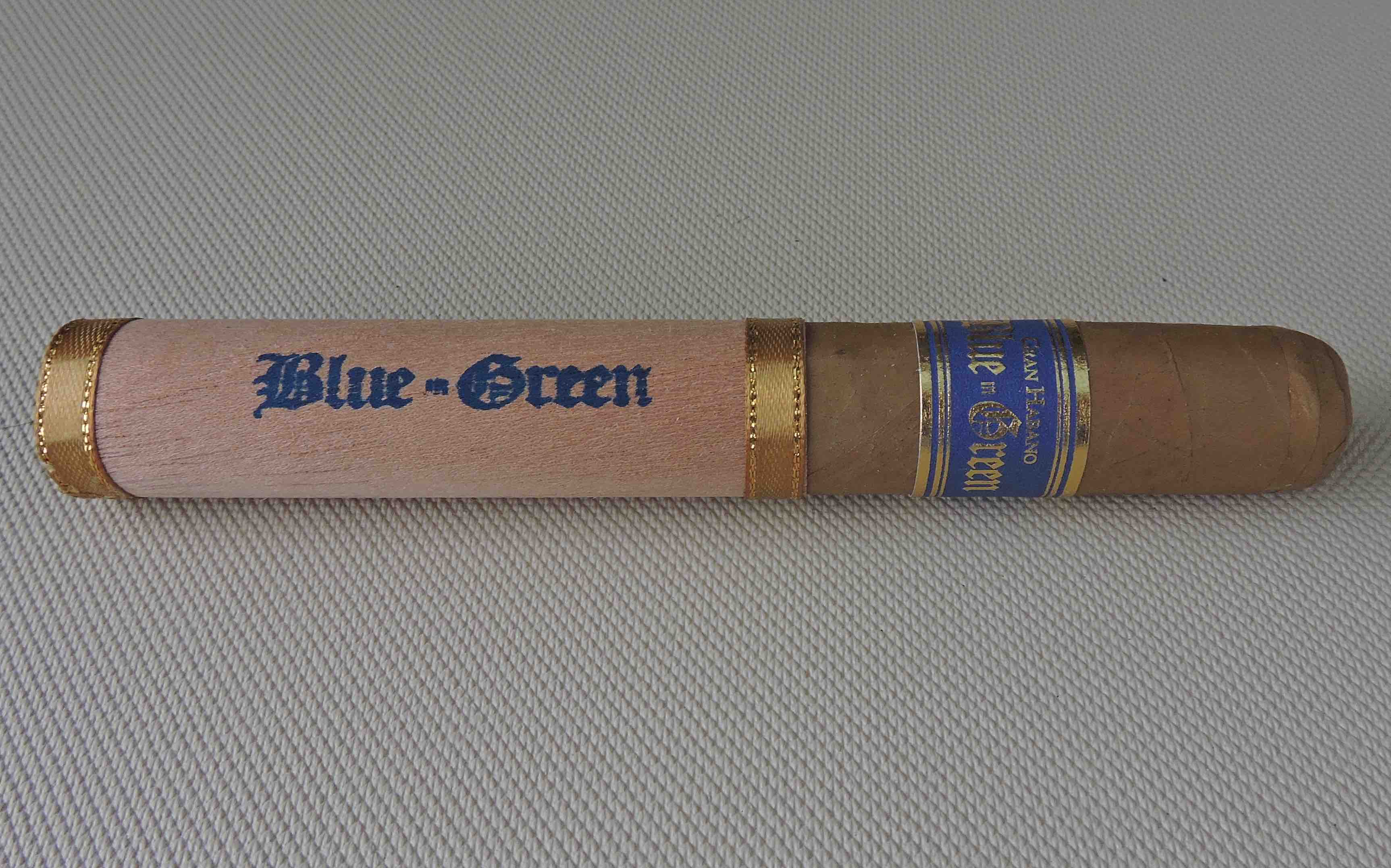 Prior to the 2018 IPCPR Trade Show, Gran Habano Cigars announced a cigar called Blue in Green. If the name Blue in Green sounds familiar, it’s probably because that is the title of a song from Miles Davis’ album, Kind of Blue. The Blue in Green is a regular production Connecticut Shade. This “Gran Habano classic blend is selected from the finest vintage tobaccos.” Over the past few years, many cigar manufacturers have been trying to push the boundaries of Connecticut Shade cigar outside of the mild range in terms of strength and body. According to Gran Habano, “This is one cigar that demonstrates that a mild to medium-bodied cigar does not have to be bland.” Today we take a closer look at the Gran Habano Blue in Green in the Gran Robusto (almost a Toro Grande) size.

While Gran Habano’s Blue in Green was announced prior to the IPCPR, other than the blend and sizes, there wasn’t much information in terms of what the packaging or the cigars would look like. When the IPCPR Trade Show came around, we got a first glimpse of the boxes. It wasn’t until after the trade show that Gran Habano unveiled what the cigars would look like. It’s hard to ignore that the bands on the cigars are reminiscent of a bottle of Johnny Walker Blue Label.

Without further ado, let’s break down the Gran Habano Blue in Green Gran Robusto and see what this cigar brings to the table. 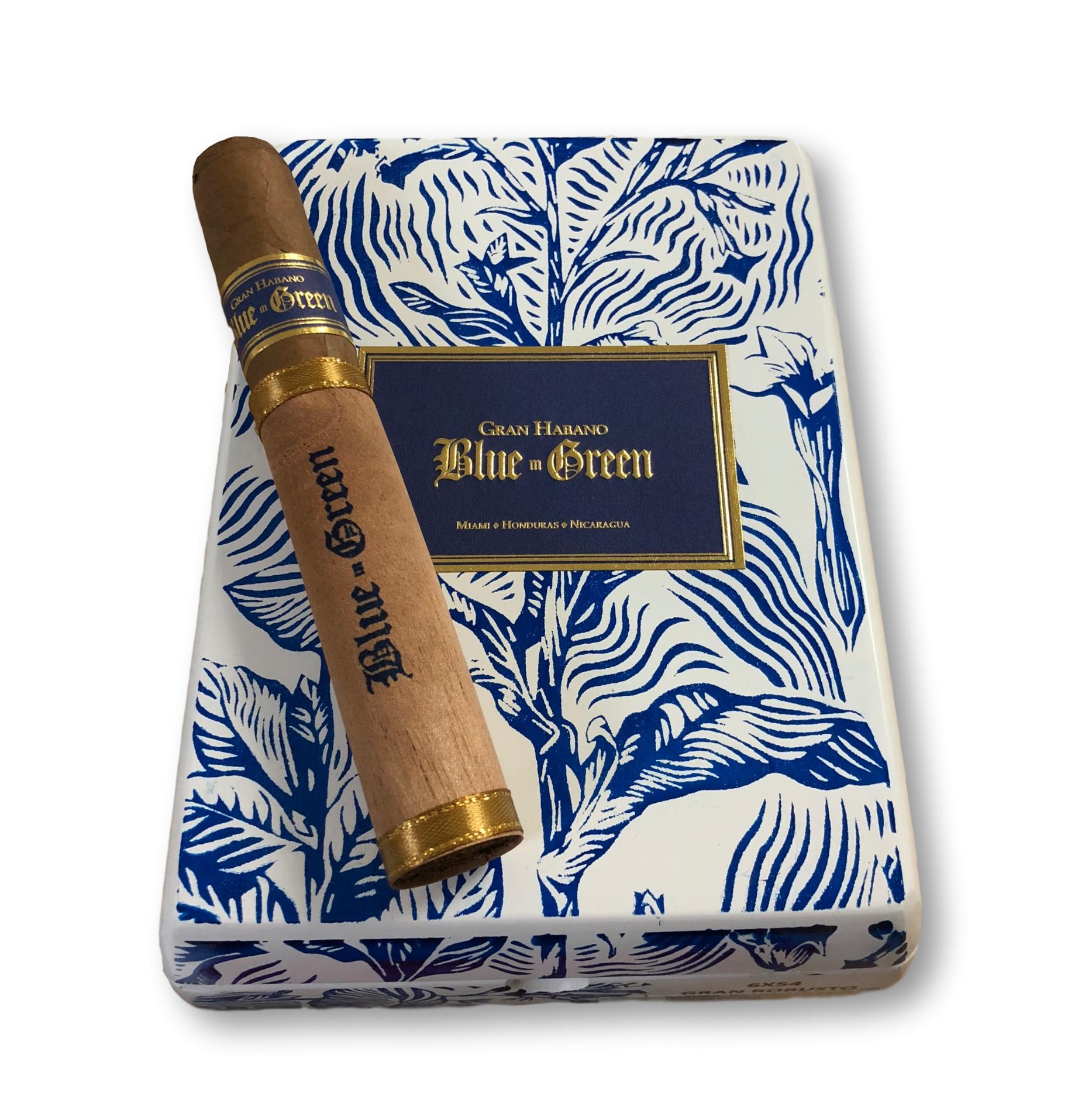 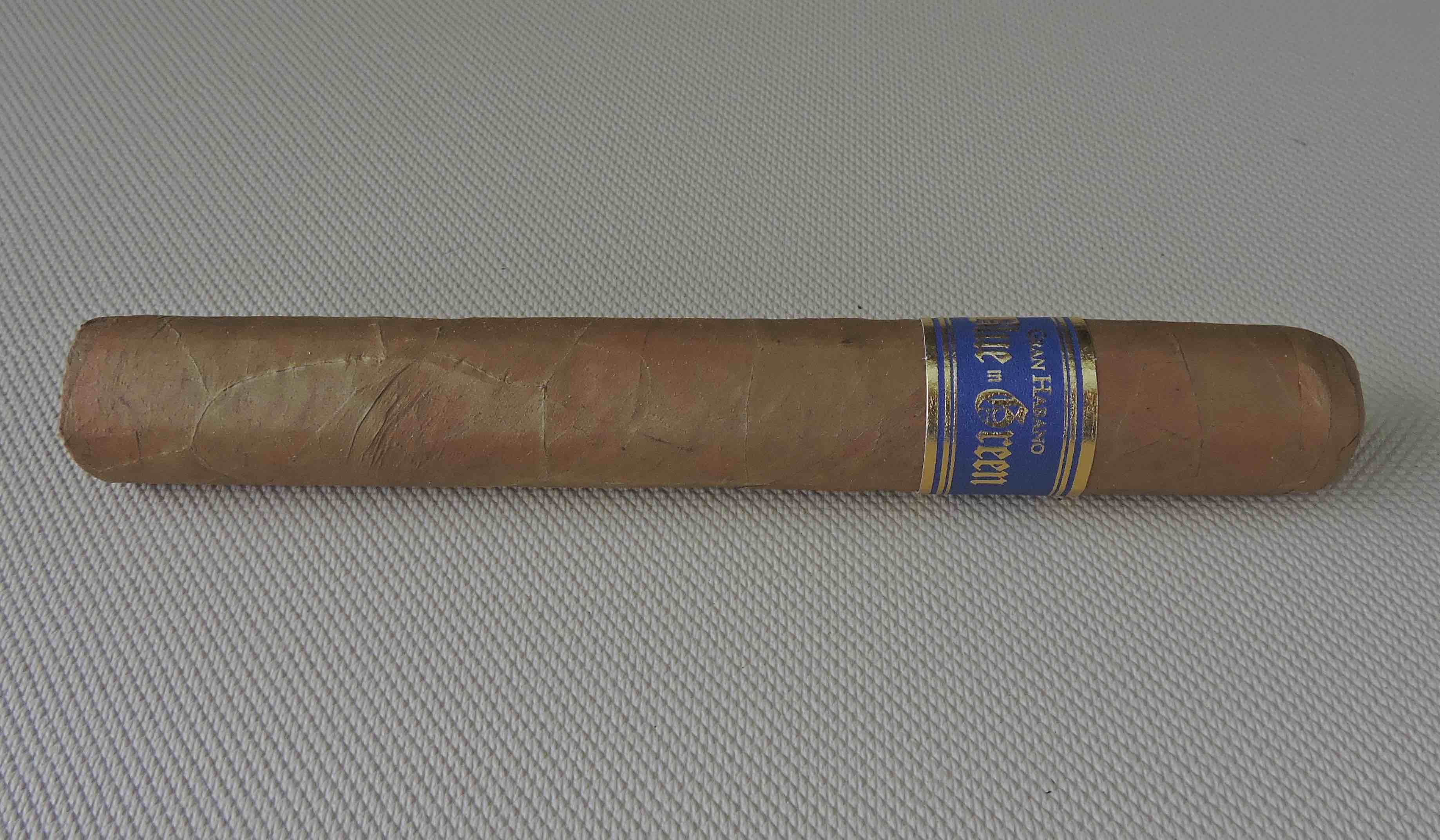 As for the band, as mentioned it does look like a label for a bottle of Johnny Walker Blue. The band is blue with gold trim. On the center of the band is the text “Blue in Green” in an old English font. Above it is the text “Gran Habano” in a smaller gold font. There is also a cedar sleeve covering about 3/5 of the cigar. There is a gold ring on the top and bottom of the sleeve. The text “Blue in Green” is stamped on the sleeve in a blue-colored old English font.

After removing the cedar sleeve of the Gran Habano Blue in Green Gran Robusto, a straight cut was placed to remove the cap. Once the cap was removed, it was on to the pre-light draw ritual. The dry draw delivered a mix of sweet cream and wood. I enjoyed the creaminess and sweetness present on the pre-light and felt it helped deliver an excellent experience. At this point, it was time to light up the Blue in Green Gran Robusto and see what the smoking experience would have in store.

The Gran Habano Blue in Green Gran Robusto started out with a combination of sweet cream, berry, cedar, and a slight herbal note. Early on the cream and cedar notes became primary. Both the cream and cedar would alternate in intensity during the first third. Meanwhile, there was a classic wood note present on the retro-hale with some of the berry sweetness mixed in.

As the Blue in Green Gran Robusto entered the second third, the cream and cedar continued to alternate in intensity as the primary notes. The berry notes remained secondary with the herbal notes quite distant. During this stage of the smoke, a black pepper note surfaced on the tongue and gradually began to increase in intensity. By the midway point, the cedar notes took over as the sole primary note. Concurrently the cream notes diminished and pepper notes increased.

By the final third, the cedar notes were primary. The berry and pepper were close secondary notes rounding out the flavor profile. There still was a touch of herbal notes in the distant background, but the cream notes were now dissipated. This is the way the Blue in Green Gran Robusto came to a close. The resulting nub was firm to the touch and cool in temperature.

The Blue in Green Gran Robusto had a slightly jagged burn line. Along the way, there were some touch-ups required to keep the burn on a straight path. There were slightly more than what I consider to be a normal amount of touch-ups along the way. The resulting ash had a salt and pepper color. This was not an overly firm ash – and there was some flakiness along the way. Meanwhile, the burn rate and burn temperature were both ideal. 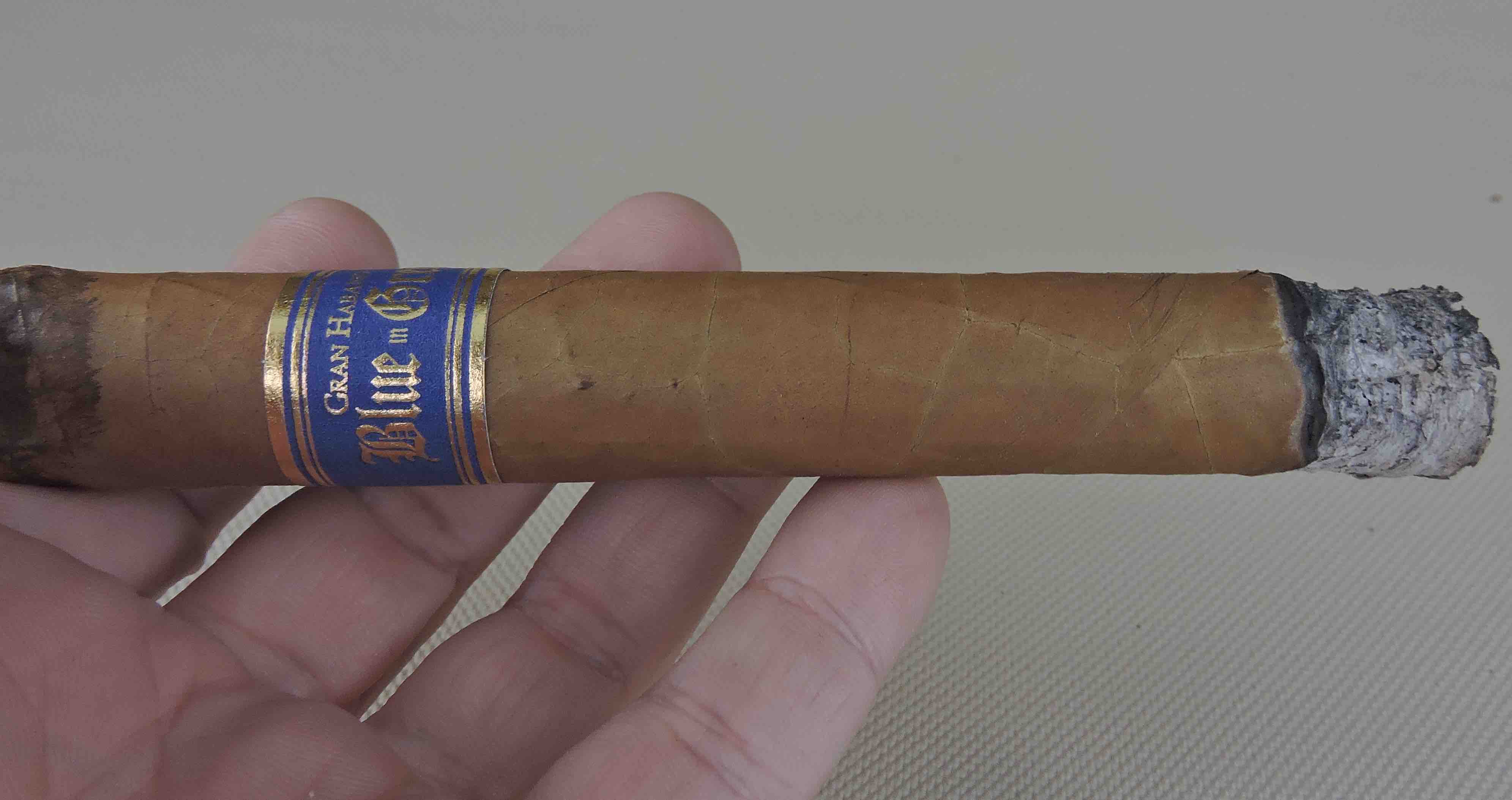 Burn of the Gran Habano Blue in Green Gran Robusto

The draw to the Gran Habano Blue in Green Gran Robusto was spot on. It had a touch of resistance – which is something that I feel contributes to achieving as close to an ideal draw as possible.

Connecticut Shade releases mostly fall into two categories – traditional milder ones, and those that try to push the boundaries toward medium plus and beyond. The Gran Habano Blue in Green Gran Robusto is somewhere in the middle, but I’d still put it in the non-traditional category.

As mentioned this cigar was positioned as a mild to medium smoke that was not bland. In the end, while I found this cigar’s strength and body to be beyond the mild to medium range (although I’m curious what longer-term aging will do), it certainly delivered on the promise of not being bland. This is a cigar that delivered excellent flavor and there was a nice balance with the flavors delivered. I hear many people talk about a “cigar rotation” and while I think very few people actually rotate through a series of cigars to smoke, I can see this particular cigar as an excellent cigar to smoke on a near-daily basis. This is a cigar I would position to either a novice or experienced cigar enthusiast. As for myself, it’s one I would smoke again and buy multiples for my humidor.