Agile Cigar Reviews are cigar assessments where we use a lightweight, shorter format. These will never take the place of our comprehensive reviews. They are only used on blends we have previously assessed. This might be a blend we are re-scoring or giving a score for the first time. It might be a blend we are looking at in a different size. Today we look at the Nat Sherman Epoca Reserva Gran Robusto. This is a cigar line we previously assessed back in July 2013 when it was known as the Nat Sherman 1930 Collection. 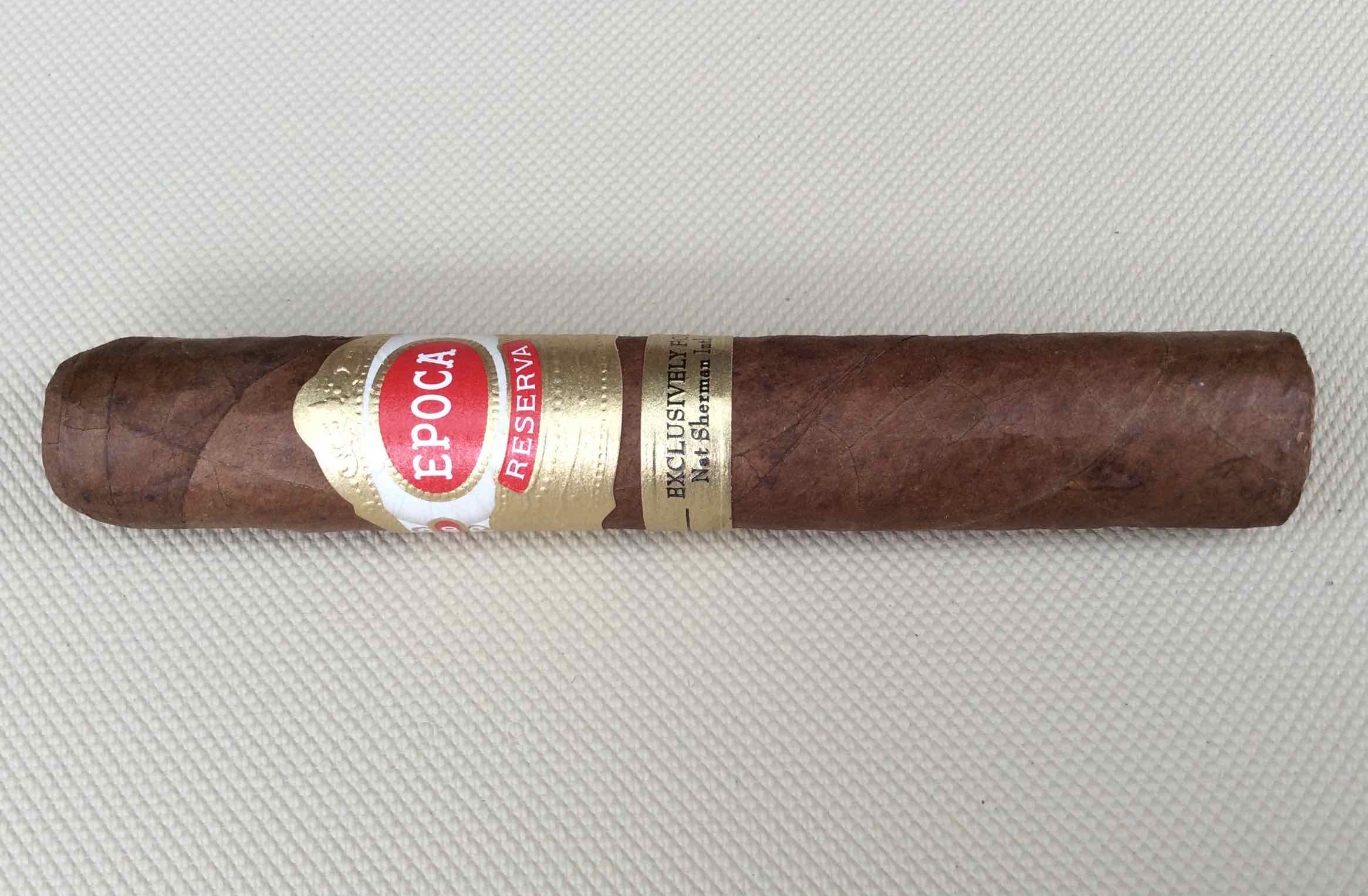 Almost a year ago, Nat Sherman announced a major restructuring of its portfolio. The restructuring would introduce new packaging and align each of the offerings under three brands: Timeless, Metropolitan, and Epoca. One cigar that was absent was the Nat Sherman 1930 Collection. The 1930 Collection was introduced back in 2013 and it was meant to pay homage to the year Nat Sherman was founded. Recently, Nat Sherman announced that the 1930 blend would be coming back, but this time it would be rebranded as the Epoca Reserva. All of the blends and sizes would remain the same as the 1930 Collection, but the difference would be that the cigar would have a new look and new name. Today we take a closer look at the Nat Sherman Epoca Reserva in the Gran Robusto size.

In terms of the Epoca Reserva, the blend uses Dominican tobacco for the wrapper, binder, and filler. In addition, there is some Nicaraguan tobacco incorporated into the filler component. The Gran Robusto is a thicker Robusto measuring at 5 1/4 x 54.

By the second third, the earth notes started to periodically make their way into the forefront. At the same time, the black pepper (with a slightly exotic spice component) surfaced on the tongue with the citrus dissipating. Just past the midway point, the natural tobacco moved into the background maintaining its sweetness. By the last third, the pepper notes had increased enough to join the earth and cedar in the forefront. While there was more of spice at the end of this cigar, it was not overpowering.

Strength and body wise, the Nat Sherman Epoca Reserva Gran Robusto comes it on the lower end of medium to full. The intensity levels remained relatively constant throughout the smoking experience. The draw to this cigar was excellent, but it was one that needed more touch-ups than I prefer.

Many are aware that Nat Sherman has been acquired by Altria. At the same time, the company is still doing very well is making excellent premium hand-made cigars – and the Epoca Reserva Gran Robusto is an example of this work.  To me, the blend that was releasing originally as the Nat Sherman 1930 Collection is smoking better than ever. The Epoca Reserva Gran Robusto kept true to the profile of the origina and I enjoyed the way the flavors complemented each other. The score might be a point lower than 2013, but Cigar Coop scoring criteria has gotten much tougher as well. This is an excellent cigar for the experienced cigar enthusiast, but it’s one a novice can enjoy. It’s a cigar I would smoke again – and definitely worthy of picking up multiples for your humidor.