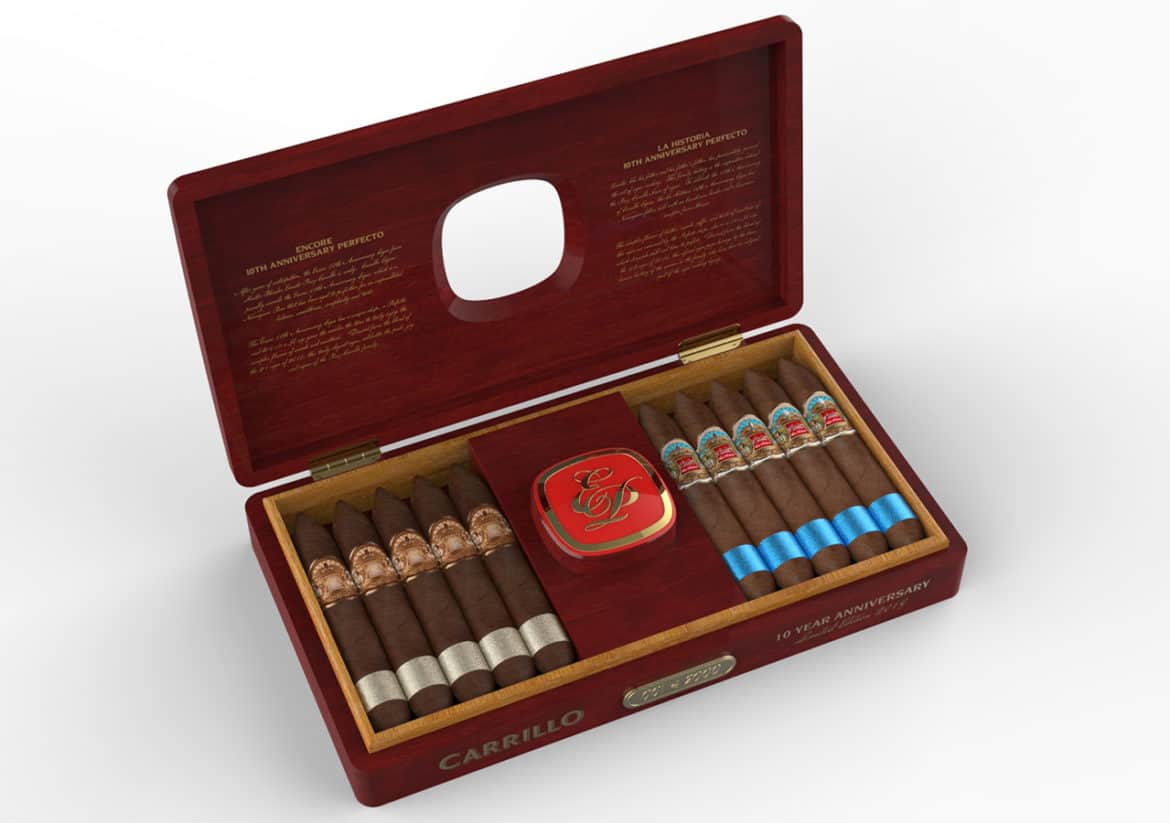 The year 2019 marks ten years since Ernesto Perez-Carrillo Jr. launched his E.P. Carrillo cigar label. To mark the occasion the company has a special commemorative release that will feature two new sizes of two of the company’s most critically acclaimed blends, La Historia and Encore.

La Historia features a San Andres Mexican wrapper over an Ecuadorian Sumatra binder and Nicaraguan filler. Meanwhile, Encore consists of 100% Nicaraguan tobacco components. Both cigars are branded under the Perez-Carrillo Family series in the E.P. Carrillo portfolio, which are positioned as the company’s more premium offerings paying homage to Ernesto Perez-Carrillo Jr.’s family.

The cigars are expected to be showcased at the 2019 IPCPR Trade Show.