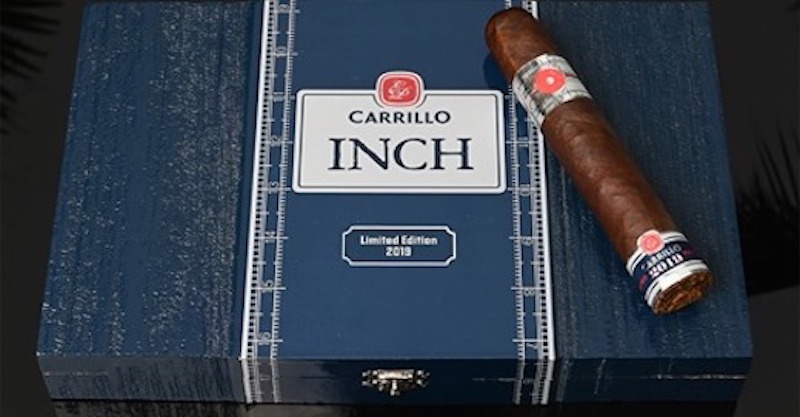 It’s been nearly three years, but at the 2019 IPCPR Trade Show Ernesto Perez-Carrillo Jr. and E.P. Carrillo will be introducing another cigar to their INCH line, the E.P. Carrillo INCH Limited Edition 2019.

The cigar comes in one size – 6 1/8 x 64. It features a Connecticut Habano Maduro wrapper, a leaf Perez-Carrillo has been using on several blends for both E.P. Carrillo and Crowned Heads. In addition, the cigar features Nicaraguan tobaccos for the binder and filler.

At a glance, here is a look at the E.P. Carrillo Limited Edition 2019: