Highclere Castle Victorian is meant to be reminiscent of the very first cigars imported to England during the Victorian era, which took place in England under the reign of Queen Victoria from 1837 to 1901.

The blend for the Highclere Castle Victorian features a high priming Habano Ecuador wrapper over Brazilian Mata Fina, and Nicaraguan fillers of Corojo and Criollo from Jalapa, Estelí, and Ometepe. It is available in five sizes: Churchill, Toro, Corona, Robusto, and Petit Corona – each presented in 20-count boxes. As with the original Highclere Castle, production is being handled by Tabacalera AJ Fernandez. 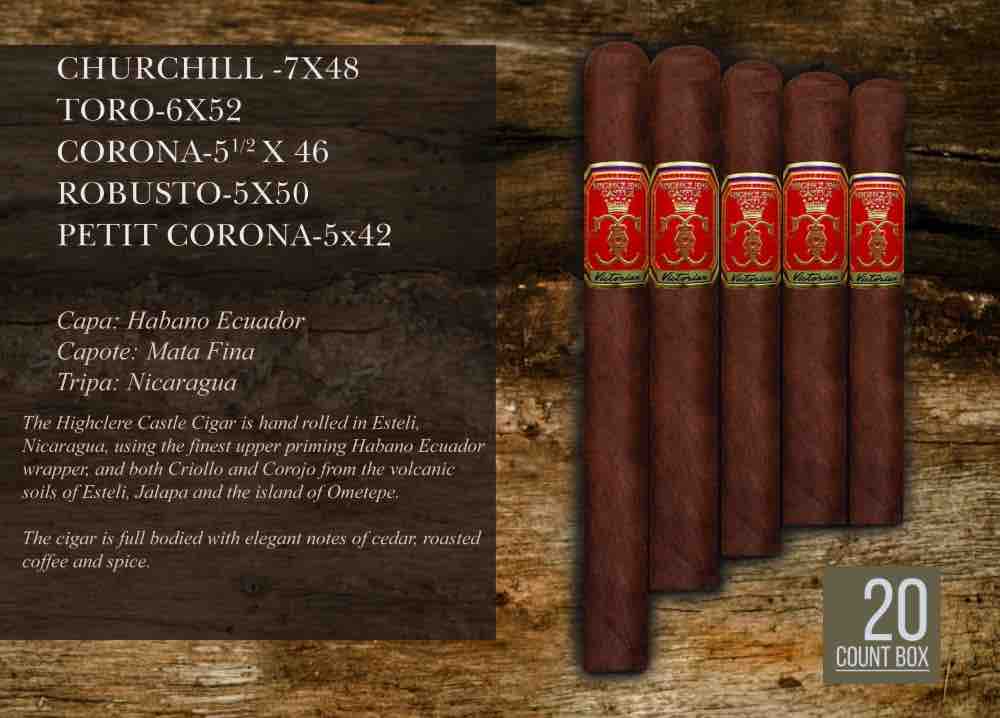 In a press release announcing the Highclere Castle Victorian, master-blender Nicholas Melillo describes it as a “full-bodied cigar delivering notes of nougat, cedar, cinnamon, and leather. This is some of the rarest and highest quality wrapper that I have been able to source, based on 20 years of building relationships with farmers and exceptional tobacco growers.”

“Nick is arguably one of the most well-respected cigar blenders in the industry,” added Highclere Cigar co-founder, Adam von Gootkin. “Partnering with him to craft this masterpiece cigar speaks to his obsession with quality while embracing the rich history of enjoying cigars at Highclere Castle. His access to rare tobaccos and high-quality, by-hand, production capabilities has led to this historic, award-winning line of cigars that we are incredibly proud to offer to connoisseurs.”

George Carnarvon, the current 8th Earl Carnarvon, added “Highclere House was transformed into the inspirational Victorian Castle, much loved today, during a time of confidence and exploration in the world. Cigars were smoked at home by leading statesmen, such the Prime Minister Lord Salisbury, a close friend of my great, great grandfather. In fact, Queen Victoria’s, husband, Prince Albert, helped improve Anglo-French relations by smoking cigars with Napoleon III. Good food, good wine and the best cigars have been part of our weekends, entertaining friends and guests from around the world.”

At a glance, here is a look at the Highclere Castle Victorian: