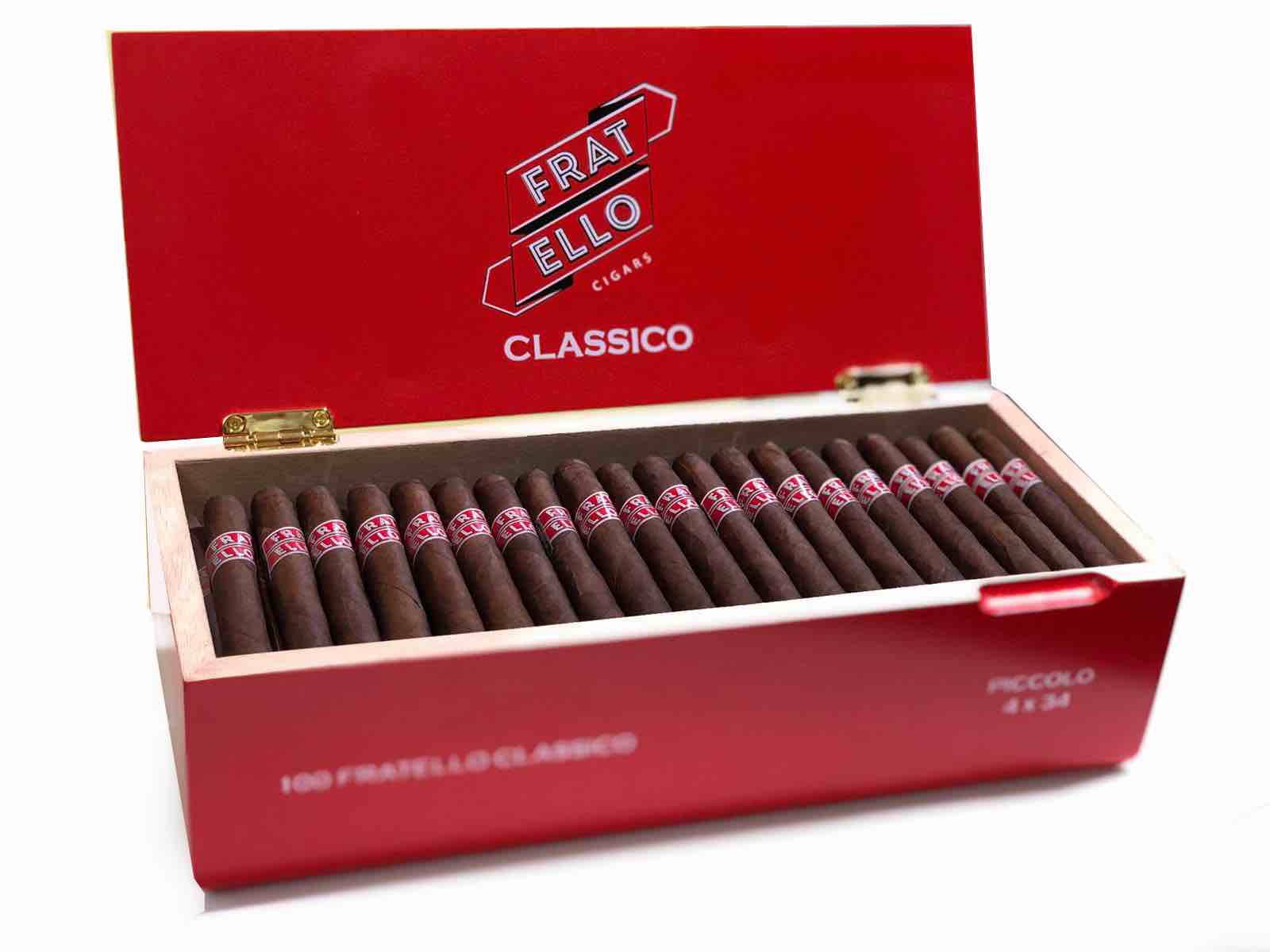 Fratello Cigars has announced it will launch a new 4 x 34 offering known as the Fratello Piccolo.

Fratello Piccolo is based on the Fratello Classico blend. The difference is that the Piccolo utilizes an Ecuadorian Habano wrapper (whereas the Classico uses a Nicaraguan Habano). The Fratello Piccolo will have an MSRP of $3.30 per cigar and will be packaged in 100-count boxes. Production is handled out of the Joya de Nicaragua factory in Estelí, Nicaragua.

“We used a different wrapper on our Classico blend and picked up some great flavors! The combustion and aroma were absolutely incredible.” said owner Omar de Frias in a press release.
.
The Fratello Piccolo is expected to be showcased at the 2019 IPCPR Trade Show, and will ship to retailers in August. The IPCPR Trade Show opens June 29th, 2019 in Las Vegas, Nevada.