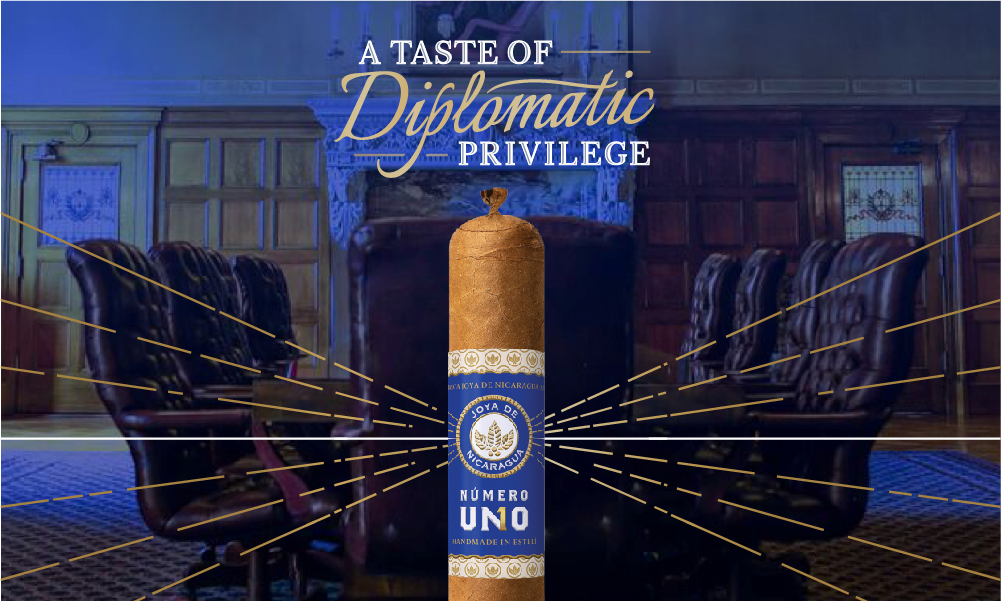 At the 2019 IPCPR Trade Show, Joya de Nicaragua will showcase a cigar known as the Joya de Nicaragua Numero Uno. It’s the first cigar that is going to be part of Joya de Nicaragua’s Obras Maestros, a line the company is now designating for its most premium cigars which includes Cuatro Cinco and Cinco Décadas.

According to Joya de Nicaragua, Numero Uno is a cigar that started out as a private blend where it was handed out to Nicaraguan ambassadors who would gift them to world leaders. It later became a Joya de Nicaragua event-only cigar.

Last year, Numero Uno (called Joya de Nicaragua No. 1) was named the #1 Cigar of the Year on Halfwheel. It was a shocking selection considering the cigar was designated only for events.

The blend itself features an Ecuadorian Connecticut wrapper over Nicaraguan binder and filler. It comes in one size – a 6 5/8 x 44 Lonsdale. The cigars will be presented in 25-count boxes priced at $15.00 SRP. Production will be limited to 1,500 boxes per year. Número Uno will only be available to Drew Diplomat retailers.

“Número Uno was developed as a unique gift and later an event-exclusive cigar, and although it wasn’t the original intention, we decided to make Número Uno available to a bigger audience. However it will remain as something exclusive, as production will be limited to 1,500 boxes a year for the global market and will be available only in selected retailers around the globe,” said Dr. Alejandro Martínez Cuenca, Chairman of Joya de Nicaragua in a press release.

“We will start shipping to stores early this fall, production is slower than in other products as only a selected group of very skilled rollers are assigned to this project”, added Juan Ignacio Martínez, Executive President of Joya de Nicaragua.

At a glance, here is a look at the Joya de Nicaragua Número Uno: