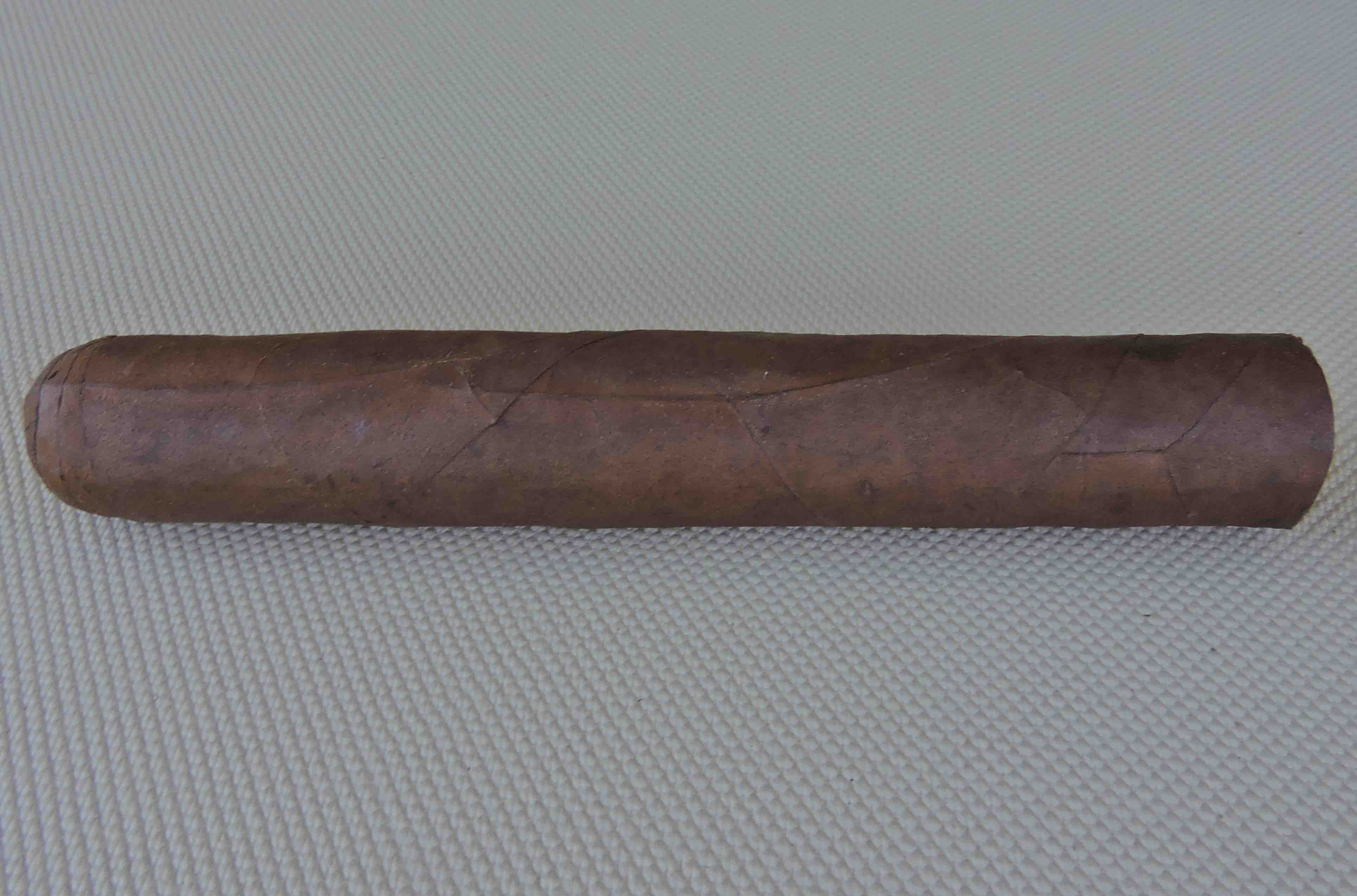 What Cubariqueño has done has been a trend in the cigar industry that is nothing new, but in the past couple of years has steamrolled. This involves brands procuring unreleased or excess inventory blends from factories. Rather than invest heavily in marketing, the cigars are bundled (often unbanded like the John Doe), given a somewhat catchy name, and then marketed to consumers. It was a trend made popular by Robert Caldwell’s Lost & Found cigars. While it’s not a trend that I think is good for the cigar industry, one cannot argue the impact these cigars have made on the marketplace.

Cubariqueño has continued the trend with another similar project known as Protocol Jane Doe (referring to an unidentified female body), although that cigar was officially disclosed as coming out of La Zona.

In the end, it’s going to come down to how the cigar performs, so let’s break down this cigar and see what it brings to the table.

Everything about this cigar is pretty much “unknown” and not disclosed:

Protocol John Doe was released in one size – a 5 x 50 Robusto. It was packaged in ten-count bundles and a total allocation of 300 bundles were made. 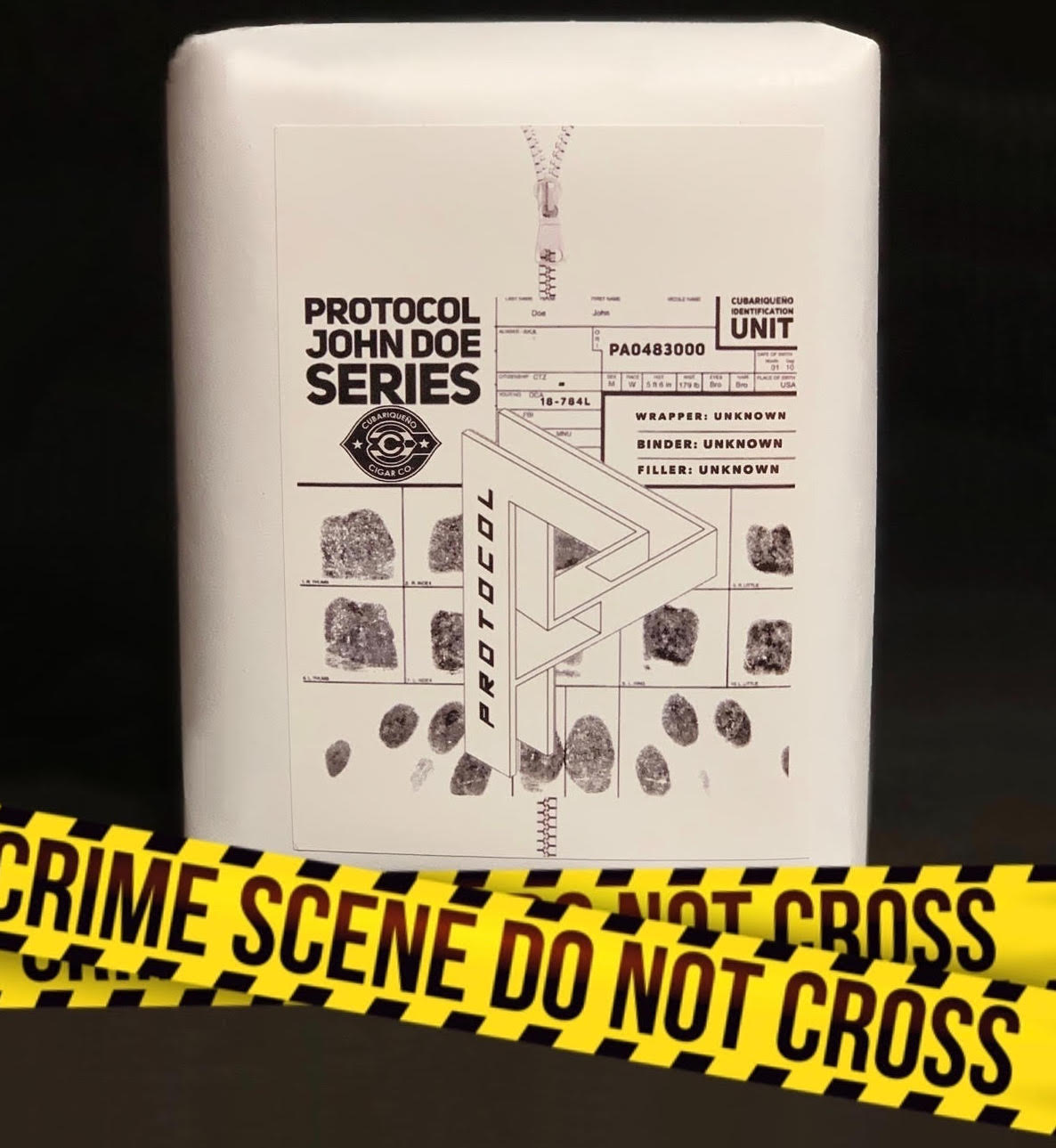 The wrapper of the Protocol John Doe has a darker, oscuro color with a slight reddish tint to it. Upon closer examination, some darker mottling can be seen on the wrapper. There is a light sheen of oil on the surface. Overall this is a smooth wrapper with minimally visible veins and well-hidden wrapper seams.

A straight cut was used to commence the smoking experience of the Protocol John Doe. Once the cap was removed, it was on to the pre-light draw ritual. The cold draw delivered a mix of earth, cedar, and black pepper. While it wasn’t the most exciting pre-light draw, it still was one that was satisfactory. Now I proceeded to light up the Protocol John Doe to see what the smoking experience would deliver.

Protocol John Doe kicked off with notes of earth, oak, cedar, black pepper, and cocoa. The oak and earth notes moved into the forefront early on. The cedar, black pepper, and cocoa notes settled into the background and rounded out the profile with some spice and sweetness. As the cigar moved through the first half, a black cherry note also emerged in the background and added a touch more sweetness. Meanwhile, the retro-hale produced a sharp black pepper note.

As the Protocol John Doe moved into the second third, the oak and earth notes continued to be the primary notes. The black pepper and cedar notes remained in the background. There was a slight decrease in the cocoa and black cherry notes. In fact, the black cherry took on more natural tobacco qualities. Toward the end of the second third, the earth notes would take over as the sole primary note.

The Protocol John Doe is a well-constructed cigar and this was reflected in the burn and draw. While there was a slight curvature to the burn line, the cigar maintained a relatively straight burn path. There was no point when the Protocol John Doe was in danger of meandering and smoking it required what I would consider a normal amount of touch-ups. The resulting ash was a very light gray skewed toward the firmer side. The burn rate and burn temperature were both ideal. 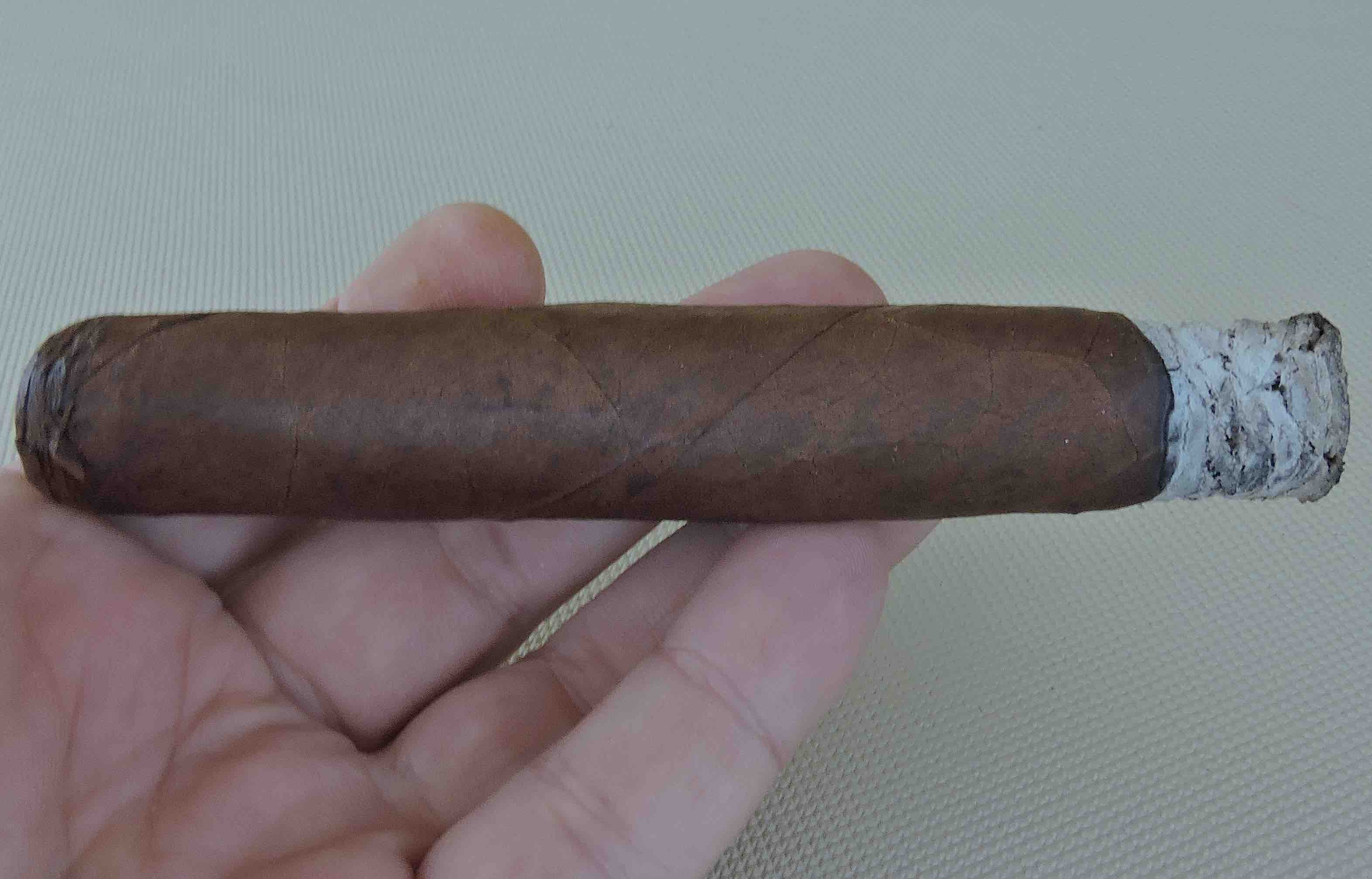 Burn of the Protocol John Doe

Without a doubt, the Protocol John Doe is the boldest smoke I have had from Cubariqueño. This is a cigar that started out full strength and full-bodied right out of the gate. While midway through the first third the John Doe will shed a bit of the strength and body, it still very much remains in the full strength, full-bodied area of the spectrum right until the end of the smoking experience.

In terms of strength versus body, both attributes balanced each other very nicely. Neither the strength nor the body overshadowed the other.

As I stated up front, I am not liking the trend of the unbanded cigars getting packaged up in decorative bundles and being released. Call me old-fashioned, but I like intricate box and band artwork (whether it’s classic or contemporary).  I’ve also seen mixed results with the actual quality of these smokes. Some have performed well, but more often they have underwhelmed me. That being said, this assessment is based on the performance of this cigar and nothing more.

Protocol John Doe actually is a very good cigar, and one that performed quite well. And while I’ve been critical of some of the gimmicks used on many of these unbanded bundles, I like how Cubariqueño fit the theme into its brand message around law enforcement.  As mentioned, this is the boldest cigar I’ve had from Cubariqueño to date. I found this cigar to be very much in the wheelhouse of the original Protocol Blue. I didn’t get any radical, unique flavors from this cigar, but just one that had bold and satisfying flavors. It’s a cigar I’d recommend to an experienced cigar enthusiast desiring a fuller smoke. While this might be a cigar that is hard to find, if you can find a bundle at the MSRP, it’s worth considering picking up a bundle of these.