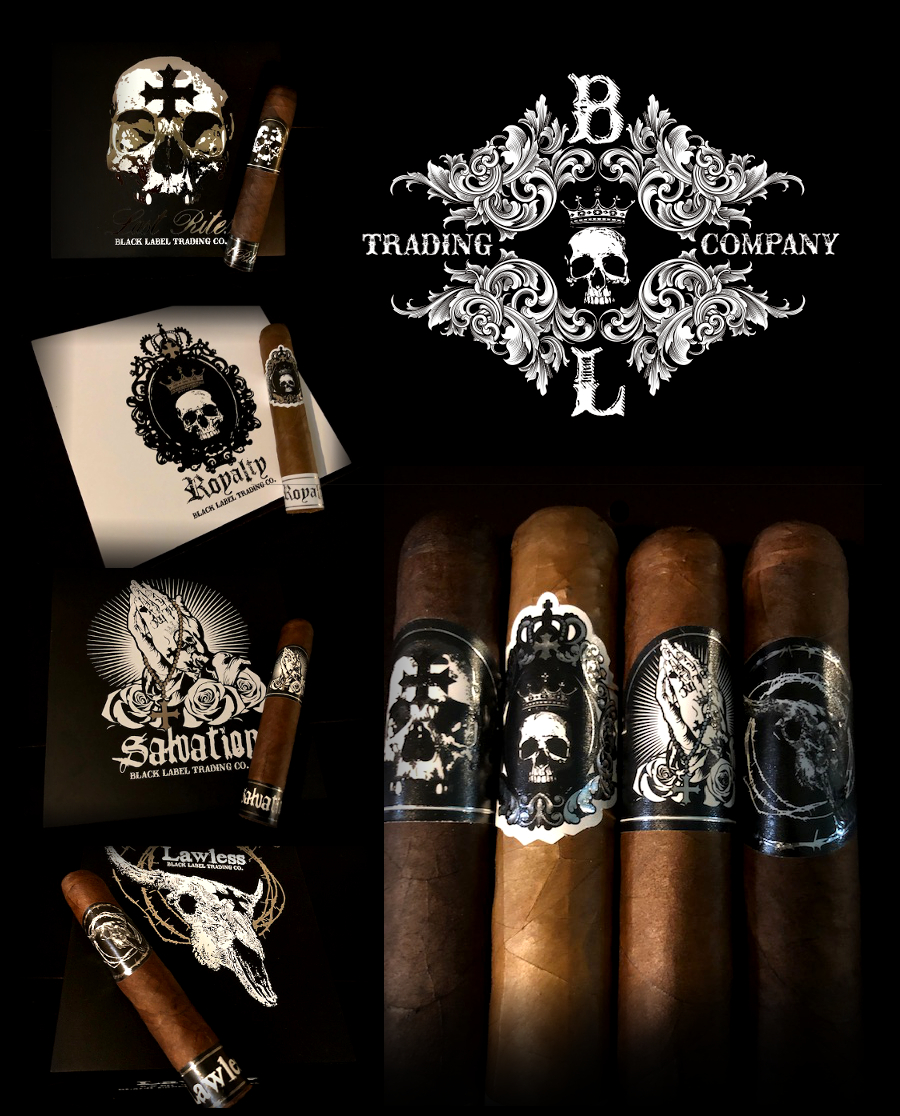 Black Label Trading Company has announced it is introducing new packaging and artwork to its ongoing regular production core-line offerings. As a part of the refresh, Porcelain, the company’s Connecticut Shade offering has been added to the lineup. The new lineup will make its debut at the 2019 IPCPR Trade Show.

The company says Royalty, Salvation, Lawless, and Last Rites have been given new unique artwork for each offering designed by James Brown. In addition, the four blends have been slightly tweaked. Porcelain, which was released as a limited offering under the Deliverance brand last year now joins the other four core line offerings. As for Benediction (a current core line offering), the company says it will not be offered as a part of the series.

“I’m very excited for the re-boot of the BLTC Core Line. Black Label is celebrating its six-year anniversary and it was time to change things up a bit. I believe every cigar has it’s own personality and tells a story. I wanted to give our core products the chance to tell that story through unique artwork for each line. It was also time to tweak the blends a bit. The blends didn’t change, I just played with different proportions of the original tobaccos creating a new, unique version of the cigars,” said James Brown, creator of BLTC and partner at Fabrica Oveja Negra in a press release.