At the 2019 IPCPR Trade Show, Mombacho Cigars launched the Diplomatico by Mombacho line. As the name indicates, it’s a cigar that is designed to be paired with Diplomatico Rum.

Diplmoatico Rum is produced in Venezuela, and Mombacho Cigars are produced in Grenada, Nicaragua. The collaboration creates a pairing between two countries that have certainly had their share of problems over the past two years.

Mombacho Cigars Master Blender Claudio Sgroi told Cigar Coop that it was a challenge to come up with blend to pair with the Diplomatico Rum. Because of the deep flavors of the rum, Sgroi worked on a blend that was also deep in flavor – and one that is spicier than the typical Mombacho profile. 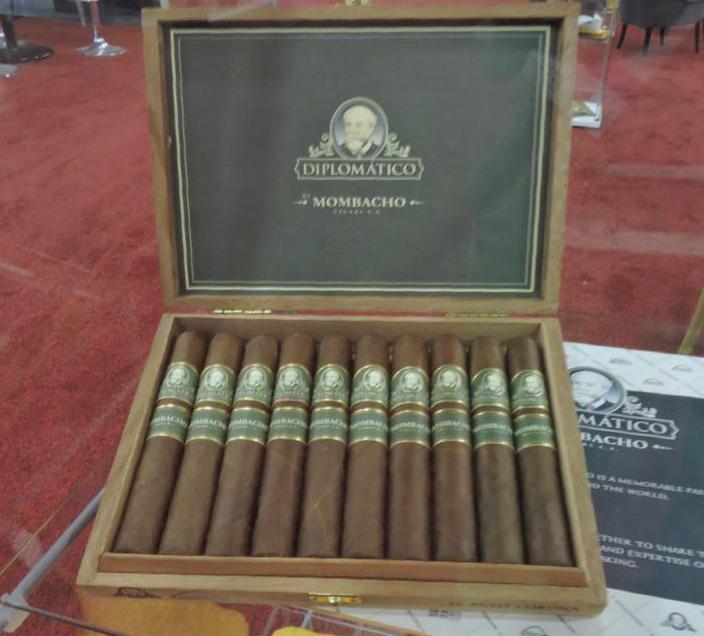 Blend-wise, Diplomatico by Mombacho features an Ecuadorian Habano wrapper over Nicaraguan binder and filler. This will be the first Mombacho-branded cigar to feature a tobacco other than Nicaraguan (although Mombacho’s Casa Favilli factory has blended cigars for Patina Cigars featuring non-Nicaraguan wrappers). The cigars will be available in three sizes: Petit Corona, Robusto, and Toro. Each size is presented in ten-count boxes.

Diplomatico by Mombacho is slated for a September 2019 release.

At a glance, here is a look at Diplomatico by Mombacho: