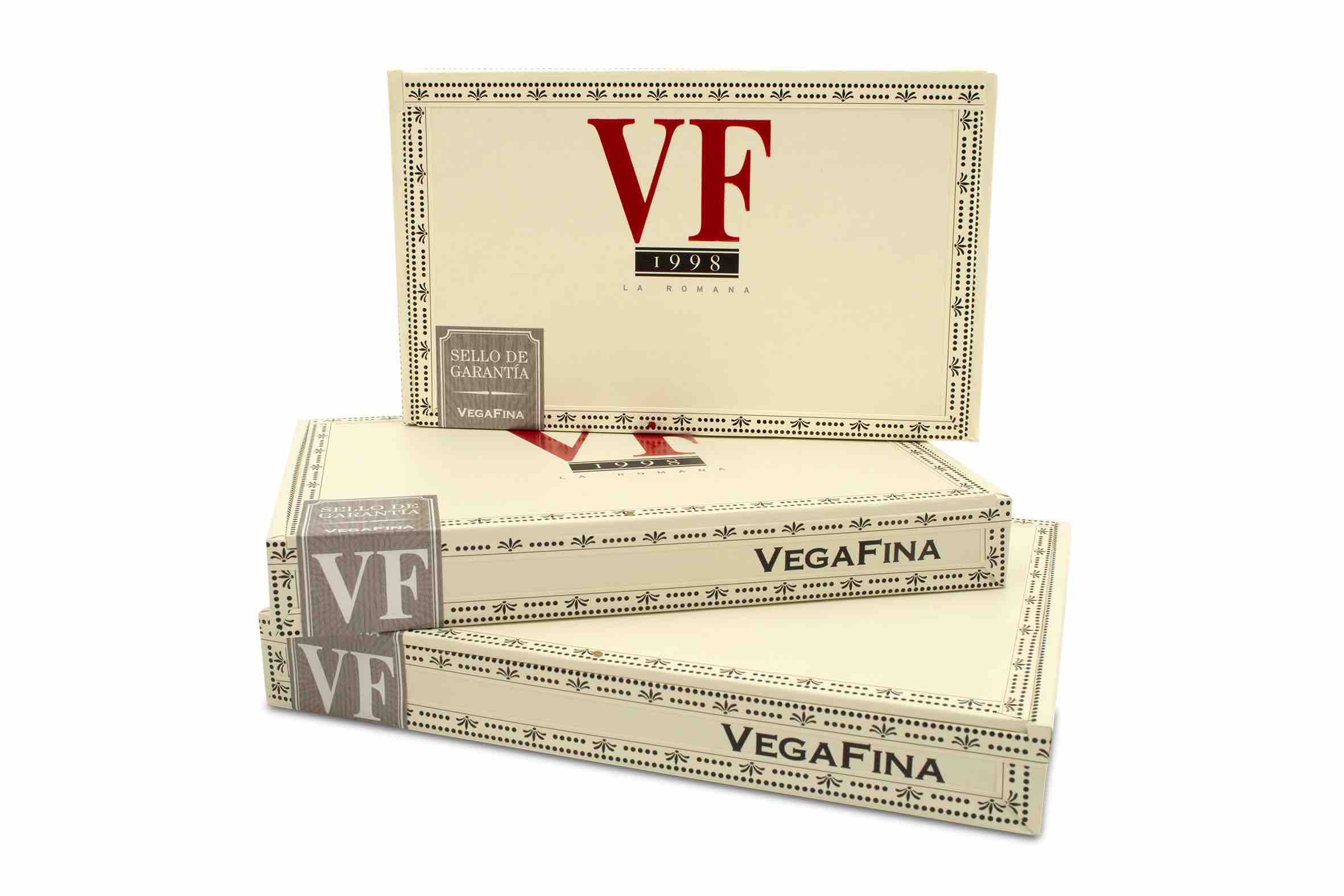 Tabacalera S.A. has announced a new release under its VegaFina brand known as the VegaFina 1998.

The VegaFina 1998 pays homage to the year the VegaFina brand was created. The cigar itself features tobaccos aged for three years. Components of the blend include an Ecuadorian wrapper, Indonesian binder and fillers from Nicaragua, Colombia, and the Dominican Republic. The cigars are available in three sizes – each packaged in ten-count boxes.

The cigar itself is positioned as a more premium offering in the VegaFina line and features packaging to support this – including the use of textured banding and box art. 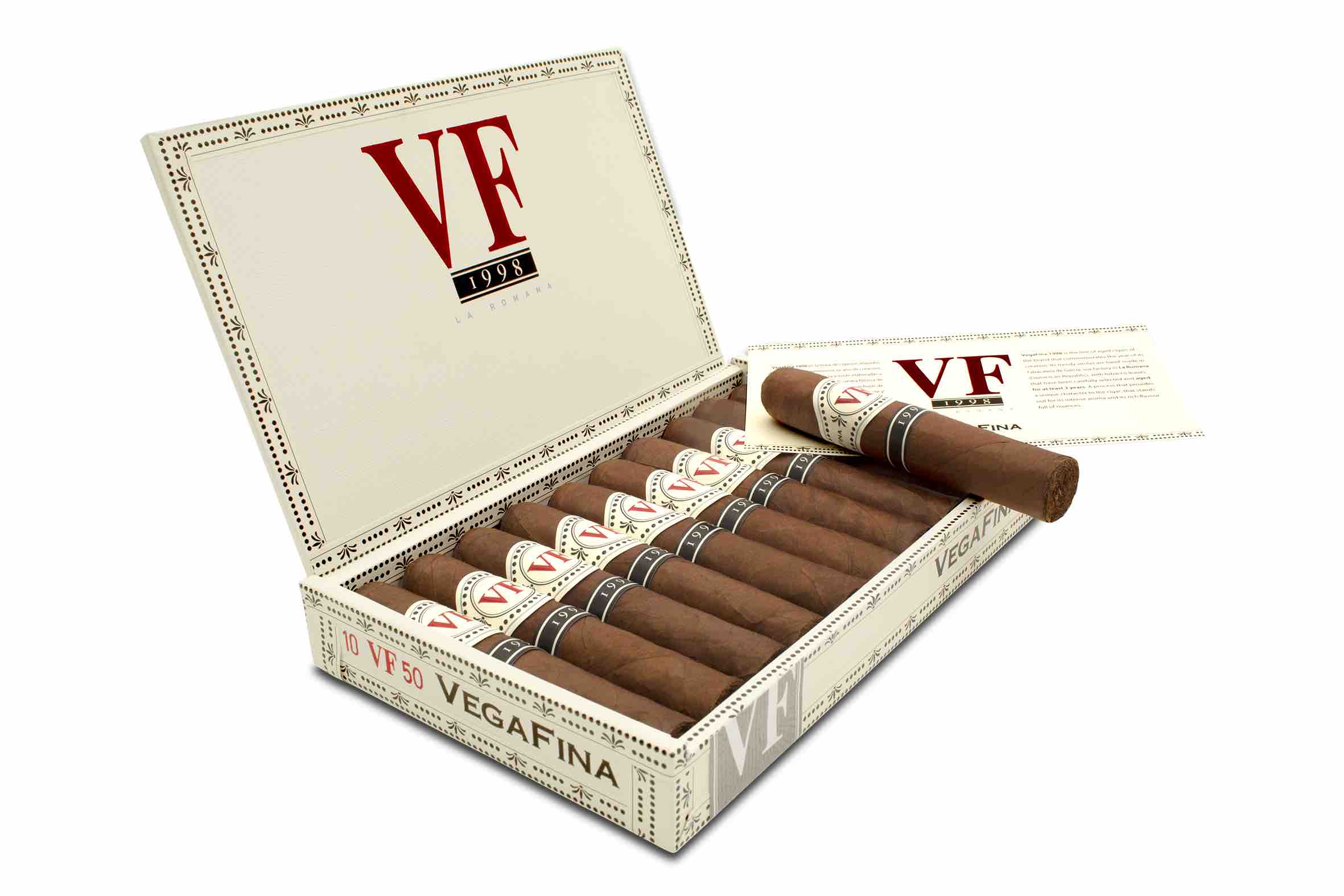 The VegaFina 1998 is initially being targeted for the European market. 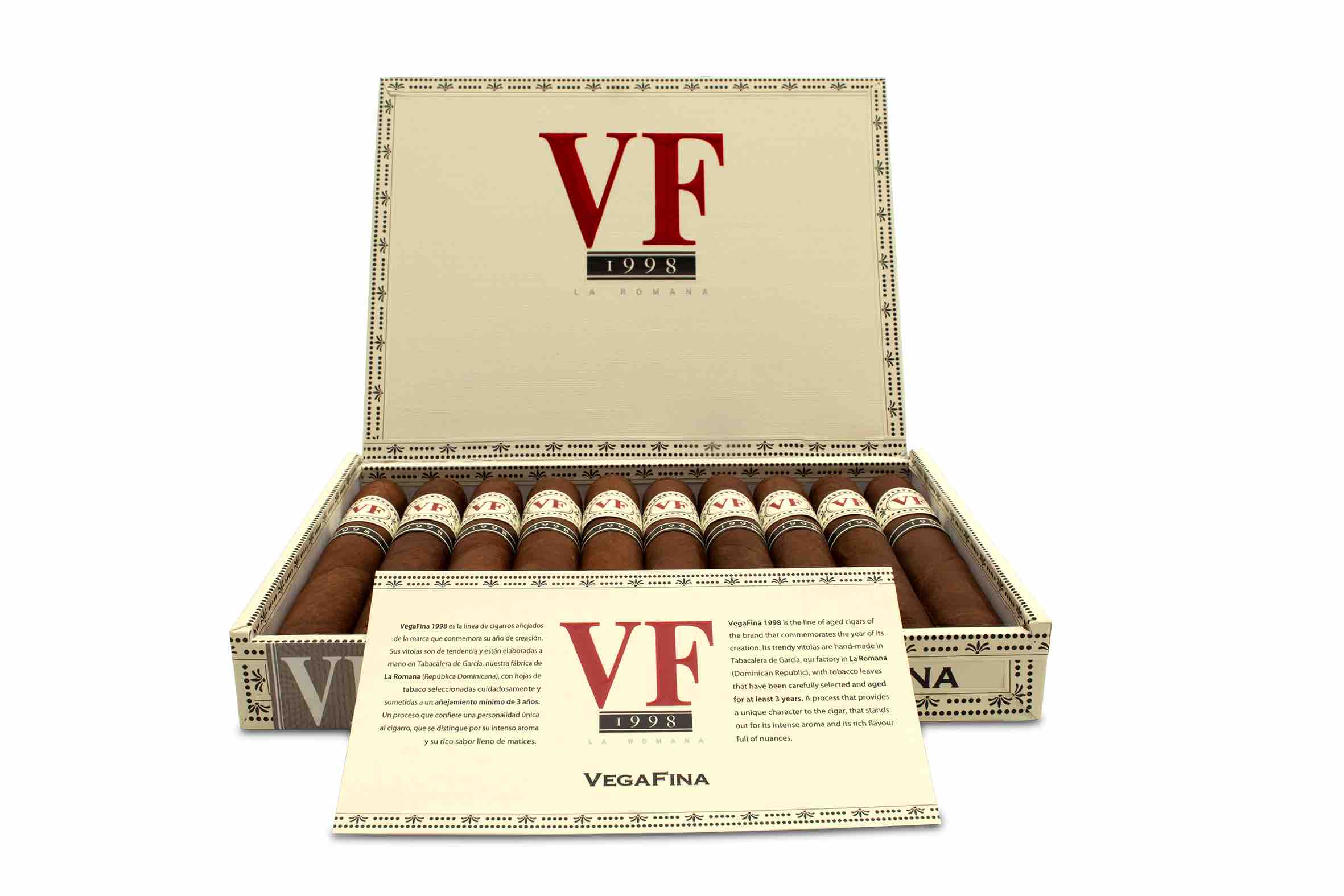