Agile Cigar Reviews are cigar assessments where we use a lightweight, shorter format. These will never take the place of our comprehensive reviews. They are only used on blends we have previously assessed. This might be a blend we are rescoring or giving a score for the first time. It might be a blend we are looking at in a different size. Today we look at the Protocol Themis Corona Gorda by Cubariqueño Cigar Company. We have assessed the Protocol Themis before, but in different sizes – most recently in the Lancero size back in October 2018. 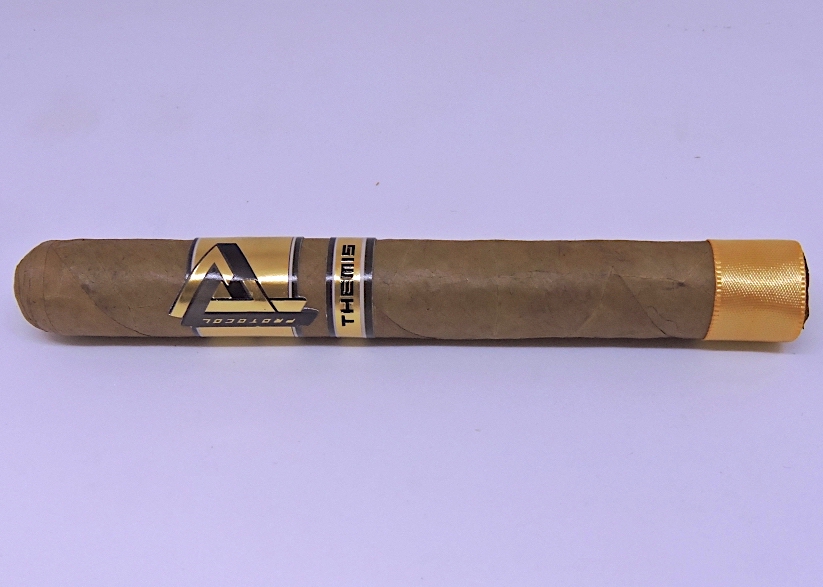 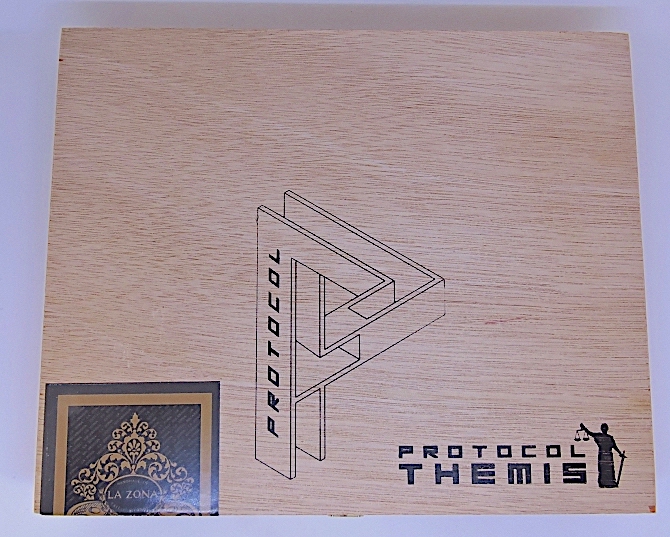 The name Themis keeps to the company’s law enforcement motif as partners Bill Ives and Juan Cancel both serve as law enforcement officers. It also pays tribute to the Greek heritage of managing partner William Agathis. This is because Themis is the name of the Lady of Justice symbol who was the Titan goddess of divine law and order. According to Cubariqueño, the Themis was the brainchild of Agathis who worked closely with La Zona’s Hector Alfonso Sr. to create the blend. 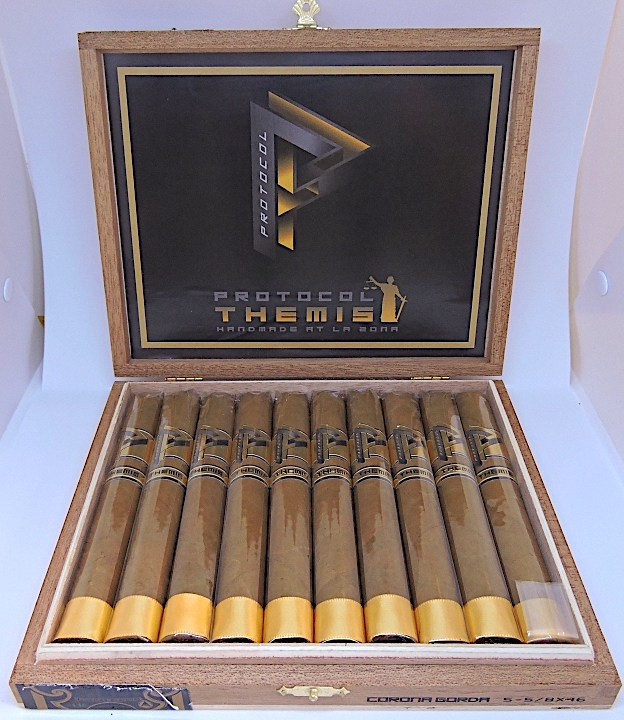 In addition to the Ecuadorian Connecticut wrapper, the blend of the Protocol Themis features all Nicaraguan tobaccos. The Corona Gorda is a classic 5 5/8 x 46 rounded parejo. The cigars are packaged in ten-count boxes. As with all Cubariqueño Cigar Company products, production is handled out of Erik Espinosa’s La Zona factory. 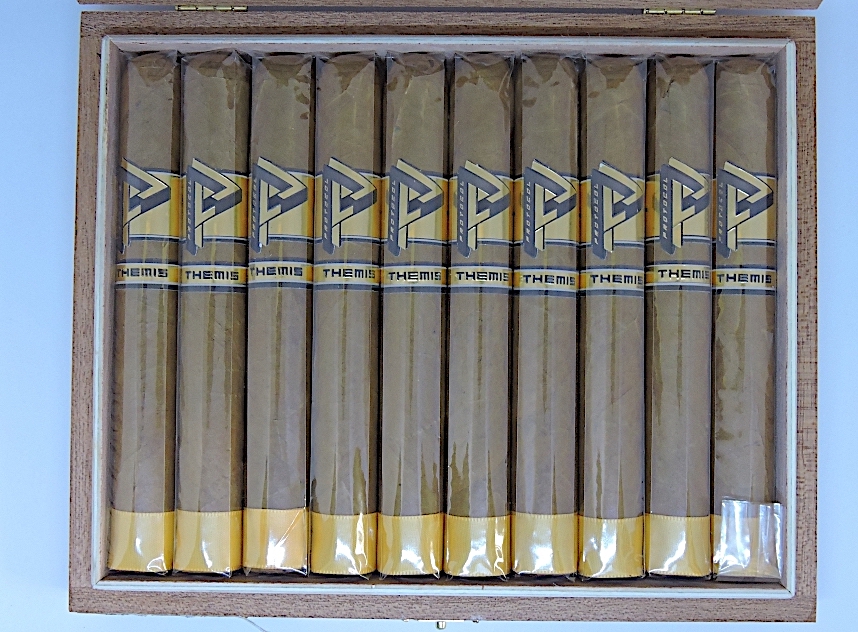 Flavor-wise, the Protocol Themis Corona Gorda is going to deliver notes of cream, wood, citrus, nut, cedar, and white pepper. Early on the cream and citrus notes become primary. As the cigar experience progresses, the wood, cedar, and pepper notes increase. Toward the second half of the cigar, the wood notes take over with the cream and citrus receding into the background with the cedar, pepper, and nut flavors. The last third saw a slight increase in the pepper, but it never overpowered the smoking experience.

Throughout the smoking experience of the Protocol Themis Corona Gorda, the flavors delivered were medium-bodied. Strength-wise, the Themis Corona Gorda started out mild to medium and increased in a gradual linear fashion moving to medium-bodied in the second half. In terms of strength versus body, the body maintained a slight edge throughout the smoking experience

I wasn’t sure why, but I found the Protocol Themis Corona Gorda to be slightly dialed back from the the other vitolas. In general if you look at “boldness” being a product of strength and body, I would put most of the experience of the other vitolas slightly above the midway point of boldness. With the Corona Gorda, I put it just below the midway point. This is not a negative thing as it delivers an excellent smoking experience from start to finish. This is a cigar I would recommend to a novice or experienced cigar enthusiast. While the Toro size is still the belle of the ball in this line, the Protocol Themis Corona Gorda is certainly worthy at being at the dance. It’s a cigar I’d buy multiples of to keep in my humidor.