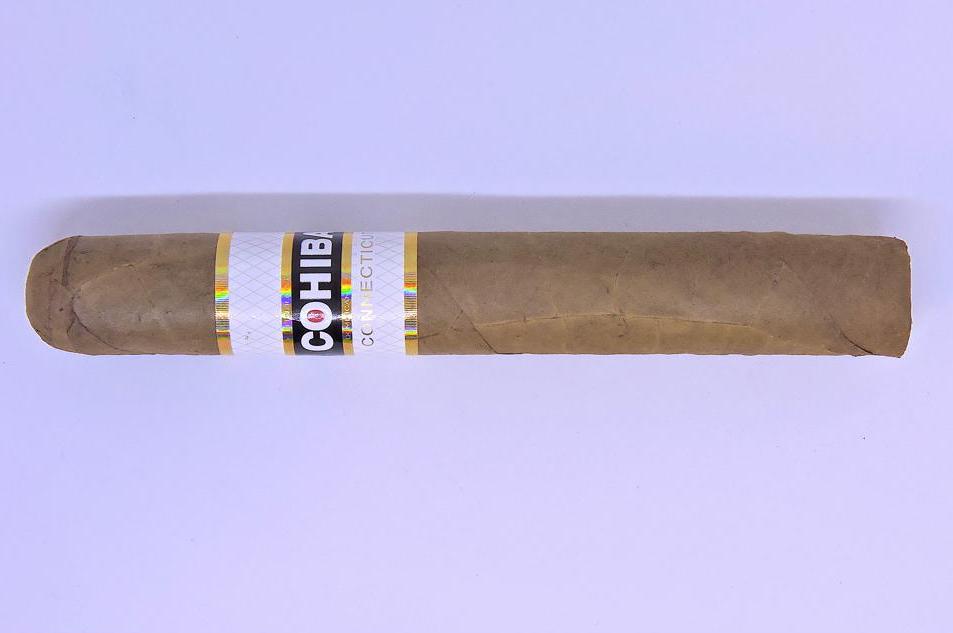 Two years ago, General Cigar Company hired Sean Williams to be the face of its Cohiba brand. Williams had built a name for himself in the cigar industry as the owner of Primer Mundo Cigars. Bringing in Williams was a strategic move because he was both a popular and knowledgable face in the cigar industry. For the first 18 months, Williams had been focusing on promoting the brand and while there have been some limited releases, there had not been a new regular production Cohiba release under his stewardship (Cohiba Blue was shortly before Williams came on-board). That would change with the release of Cohiba Connecticut. It’s a brand that had somewhat of a soft launch prior to this year’s IPCPR Trade Show, and one that got a big push at IPCPR as Cohiba was General Cigar’s featured brand at the Trade Show. Today we take a closer look at the Cohiba Connecticut in the Robusto size.

Cohiba has been a brand that has been positioned as a luxury brand, and certainly, Williams has positioned the brand as such. When it comes to the luxury, ultra-premium cigars, it’s hard to ignore Davidoff’s presence in this space. Perhaps the most recognizable Davidoff is the White Label, which features a Connecticut Shade wrapper. One could infer that if Cohiba is going to compete in this space, they were going to need a Connecticut Shade cigar and thus the Cohiba Connecticut was born.

Pricing-wise, the Cohiba Connecticut is In the ultra-premium category – priced between $19.99 and $22.99.

Without further ado, let’s break down the Cohiba Connecticut Robusto and see what this cigar brings to the table.

The Cohiba Connecticut comes in three sizes. The Robusto size is also available in a “Crystal” Tubo option. All of the sizes are available in 20-count boxes except for the Crystal Tubo option which is packaged in ten-count boxes. In addition, a 5-pack offering was introduced at the 2019 IPCPR Trade Show. 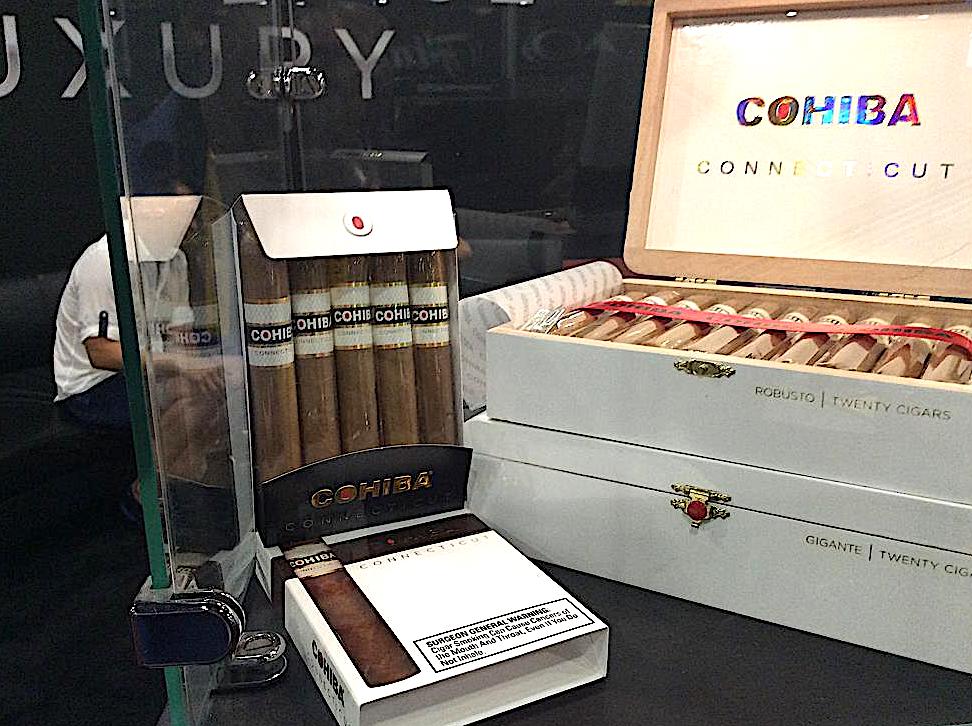 Packaging options of the Cohiba Connecticut

The Ecuadorian Connecticut Shade wrapper of the Cohiba Connecticut Robusto had a slightly weathered look to it. There wasn’t much in the way of oil on the surface. There were some visible veins, but most of the wrapper seams were not very noticeable.

The Cohiba Connecticut Robusto started out with notes of cream and cedar. Notes of generic wood, citrus, cedar, and black pepper emerged. The cream and cedar notes moved into the forefront. The wood, cedar, and pepper notes settled in the background. As the Cohiba Connecticut Robusto moved through the first third, the cedar notes took a slight edge as the sole primary note. Meanwhile, there was an additional layer of cedar on the retro-hale.

The citrus notes diminished slightly in the final third. There were still notes of cedar, wood, and pepper in the background. The cream notes were pretty much dissipated. This is the way the Cohiba Connecticut Robusto came to a close. The resulting nub was slightly soft to the touch and cool in temperature.

The Cohiba Connecticut Robusto did need some additional touch-ups along the way to maintain its straight burn path and straight burn line. The resulting ash wasn’t overly firm, but wasn’t loose or flaky either. The resulting ash had a salt and pepper complexion. A couple of the samples did have an ash skewed toward the darker side. The burn temperature was ideal, but the burn rate was a little faster than I prefer. 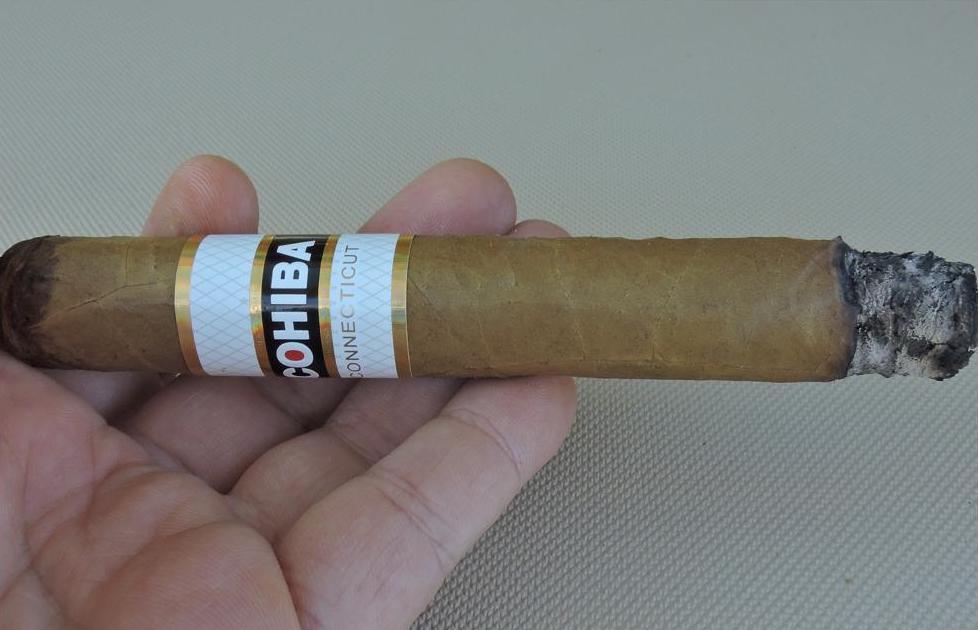 Burn of the Cohiba Connecticut Robusto

The draw to the Cohiba Connecticut was open, but not loose. I still prefer a little more firmness on my draw, but overall I didn’t find this resulted in any combustion issues.