Agile Cigar Reviews are cigar assessments where we use a lightweight, shorter format. These will never take the place of our comprehensive reviews. They are only used on blends we have previously assessed. This might be a blend we are re-scoring or giving a score for the first time. It might be a blend we are looking at in a different size. Today we look at the Saga Short Tales Tomo VI: The Sixth Element: El Tabaco by De Los Reyes Cigars. This is a cigar line we previously assessed back in November 2018. 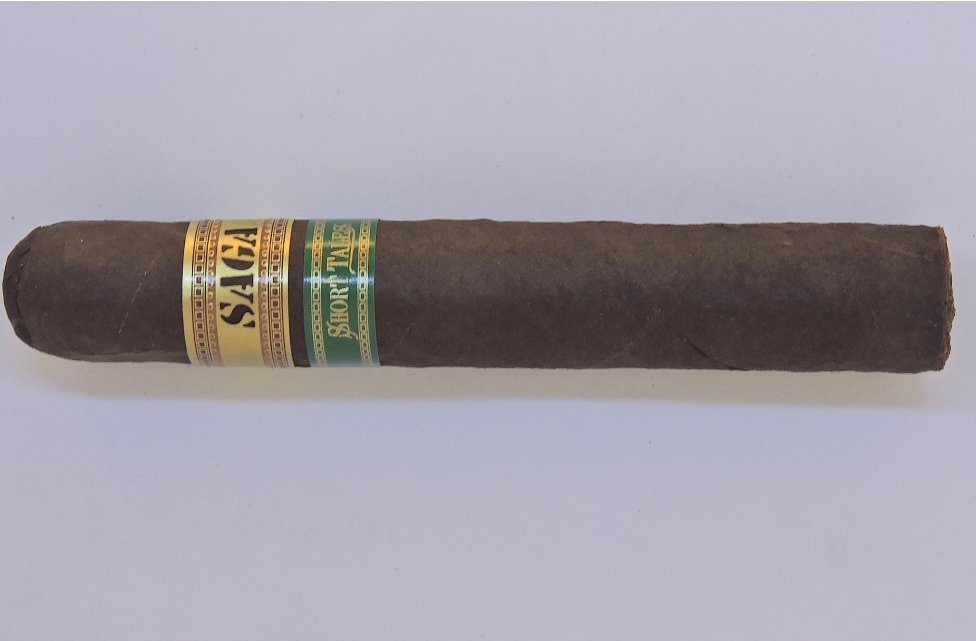 Back in 2016, De Los Reyes Cigars introduced its Saga Short Tales line. The concept behind the line is a series of unique smaller, sized cigars – each with a different blend, different vitola, and different theme. The themes in the Short Tales series each pay homage to the art of tobacco and/or tobacco making. For the most part, these have been cigars skewed toward the smaller side. There are ten installments to the Saga Short Tales line, and since the initial launch, Saga has showcased six of the ten releases. The sixth installment is known as “Tomo VI: The Sixth Element: El Tabaco” – and its the cigar we are looking at today. The cigars used for this assessment have about one year of aging on them.

Saga Short Tales Tomo VI has a theme which focuses on the elements of tobacco growing. There are four key elements used to grow tobacco: earth, air, fire, and water. A fifth element is passion. Passion is used a catalyst and when combined with the other four elements creating a sixth element – namely the tobacco itself.

In terms of the tobacco used, Tomo VI is a much different release than any of the other Saga Short Tales releases. This is because the wrapper used is a San Andres Maduro, marking the first Maduro in both the Short Tales line and in the Saga brand. This wrapper is used over a Dominican San Vicente binder, and a combination of Dominican, Nicaraguan, and North American filler tobaccos. As with all De Los Reyes cigars, they are produced out of the company’s factory in the Dominican Republic.

The cigar is presented in ten-count boxes that resemble library books. This packaging design is a staple for the Saga Short Tales line. 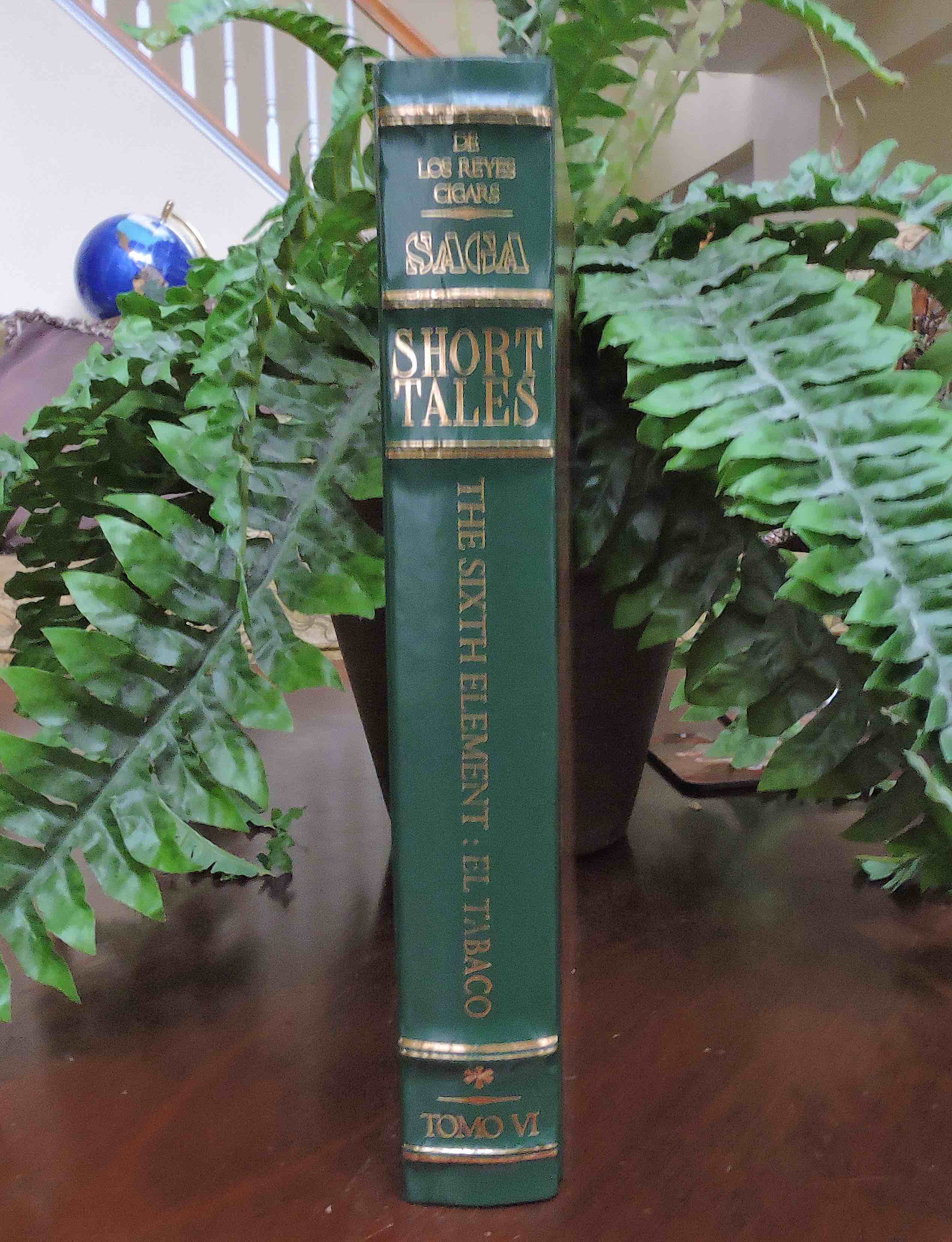 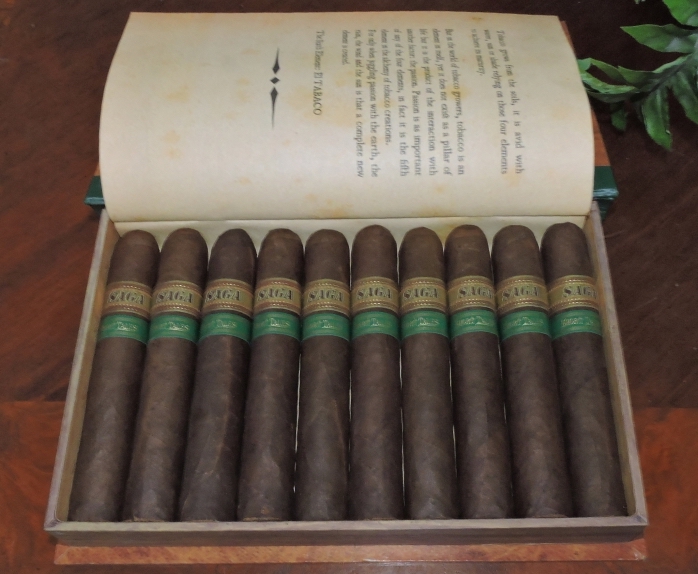 Tomo VI started out with a mix of mocha, earth, cedar, and red pepper. The mocha notes moved into the forefront early on. The mocha is a term I use to describe a flavor that has both chocolate and coffee qualities. As the cigar experience moved through the first third, a slight dried fruit flavor emerged in the background. There was also a slight classic wood note. The chocolate component of the mocha had the edge in terms of overall flavor. Meanwhile, the retro-hale started out with a woody note.

As Tomo VI progressed through the second and final third, the coffee flavors started to increase and by the second half, it gained the edge over the chocolate component. At the same time the chocolate qualities of the mocha never dissipated. The second half saw the red pepper increase, but it never displaced the mocha as the primary flavor. The pepper also became more prominent on the retro-hale.

Throughout the smoking experience, the flavors were medium-bodied countered by medium strength. There wasn’t much variance in the intensity levels of the strength and body – and both attributes balanced each other very nicely.

One thing that I can say – time has been very kind to the Saga Short Tales Tomo VI release. I’ve had an opportunity to smoke several of these throughout the calendar year, and they just seem to be getting better and better. Now, it’s gotten to a level where it is performing as well as any cigar I’ve smoked in 2019. The flavors have gotten richer and smoother, and seem to complement each other nicer. I would highly recommend it to any cigar enthusiast. In fact, not only is it one that I would smoke again and buy a box, but most importantly, it’s one I’d fight Chuck Norris for.